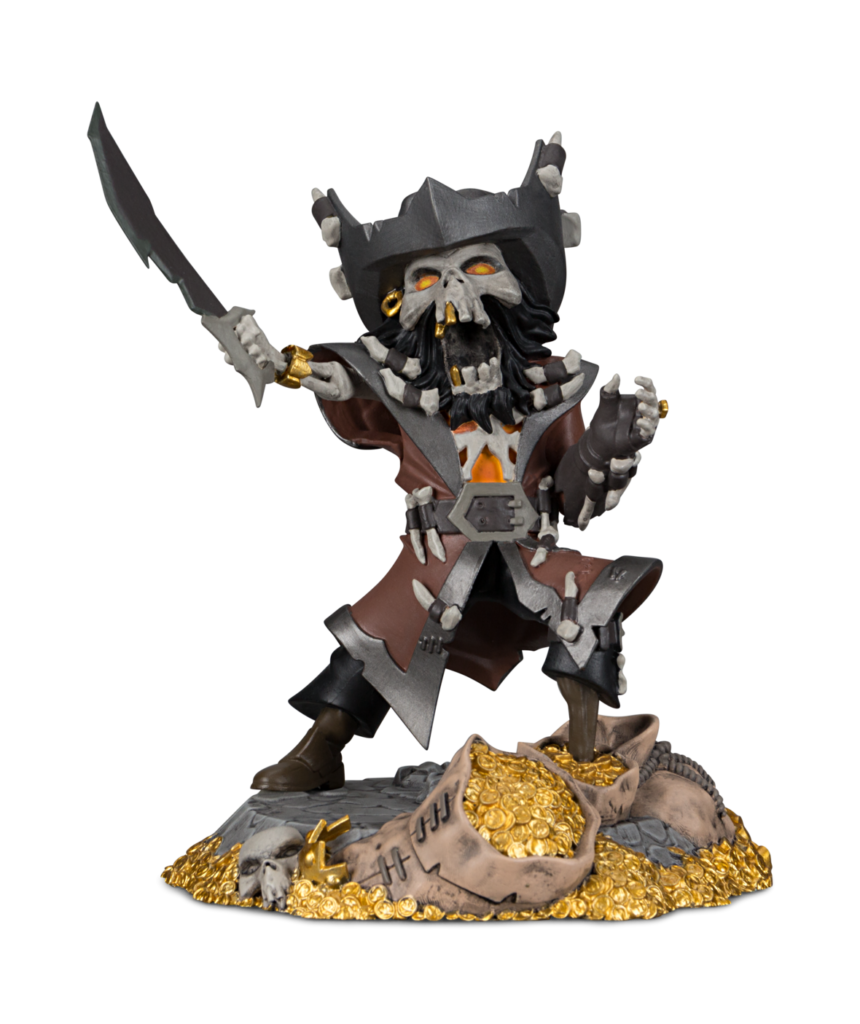 LootCrate is known for offering exclusives and I really like the image they’ve shared of the figure. For those of you who aren’t familiar, Sea of Thieves is an action-adventure game (for Microsoft Windows and Xbox One) developed by Rare and published by Microsoft Studios. It’s set for a March 20, 2018, release.

The exclusive figure will be featured in this month’s Loot Gaming Crate, titled Relic. The figure is of Flameheart. Here’s the official description:

Avast ye, matey! While sailing the ocean blue on the search for loot, you may encounter the dread of the seven seas… Flameheart! This undead scallywag strikes fear into the hearts of even the bravest of buccaneers, so be sure to hide your booty!

Before he was an undead pirate, Flameheart was a humble scholar who is thought to be the author of the Sea of Thieves in-game journal.

I’m impressed by the little figure. I really like all of the detail, especially how he’s standing over a pile of gold. Flameheart sure looks like a great collectable to have even if you aren’t familiar with the video game he’s from.

The Flameheart exclusive figure is now on sale in LootCrates Gaming crate. So, head on over to place an order.

Here’s the Sea of Thieves trailer!

Talking about crates with game-themed items, the company is also offering a new “God of War Limited Edition Crate” you should check out!

Don’t forget to go over all of our LootCrate coverage.

Are you a LootCrate subscriber? Are you excited for the Sea of Thieves Flameheart exclusive figure? Let us know down below.