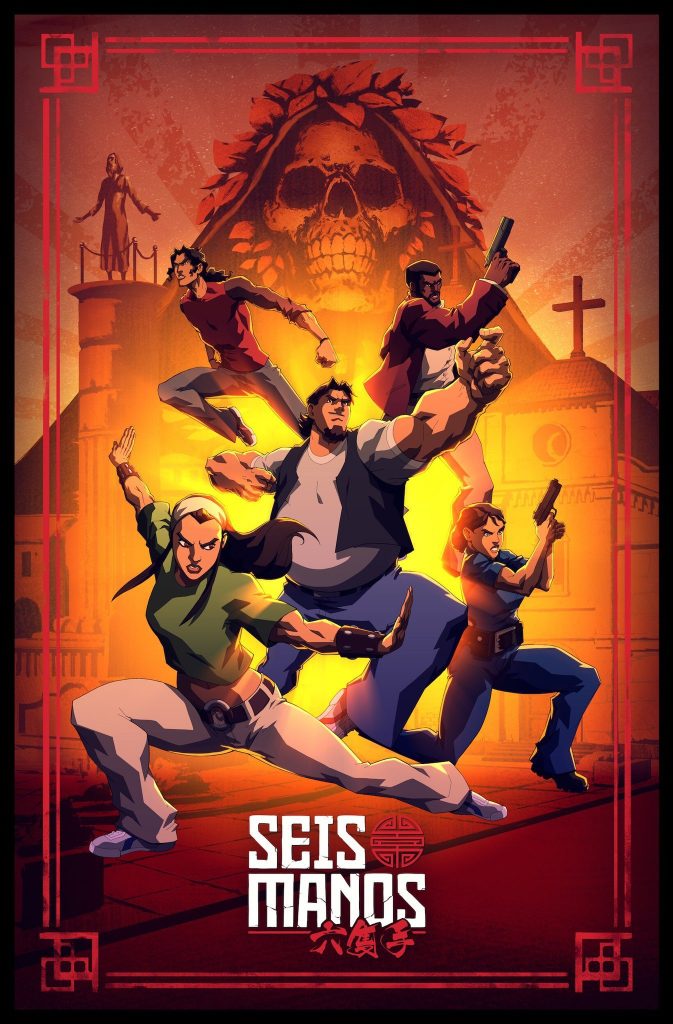 The eight-episode series is VIZ Media‘s first original animated property. It was developed and produced with Powerhouse Animation Studios, the studio behind another hugely popular Netflix anime, Castlevania. It will premiere with English and Spanish audio and multiple subtitle options.

Seis Manos is set in Mexico in the 1970s and centers on three orphaned martial arts warriors who join forces with a DEA agent and a Mexican Federale to battle for justice after their beloved mentor is murdered in their tiny border town.

Check out the opening credit sequence:

The series is a co-production between Viz Media and Powerhouse, and will stream worldwide exclusively on Netflix. Seis Manos was co-created by Powerhouse Animation Studios CEO Brad Graeber (Supervising Producer, Frederator Studios Castlevania) and writer Alvaro Rodriguez (Machete, From Dusk Till Dawn: The Series). Noted screenwriter Daniel Dominguez (Oishi High School Battle, Captain Underpants) is an additional writer on the series, which is directed by Willis Bulliner (Agents of Mayhem).

I caught the panel that VIZ Media hosted at San Diego Comic-Con and let me tell you, you are not going to want to miss this series. The animation is incredible and the action scenes are amazing! But be warned, this is not an anime for the faint of heart. It’s bloody and brutal but it’s so, so good (at least, what I’ve seen so far).

Check out the preview clip VIZ released earlier this summer:

Are you excited about Seis Manos? You should be!

Previous:Given 1×10 Review: “Wonderwall”
Next: Professor X & Magneto to be Mutants of Color in the MCU?