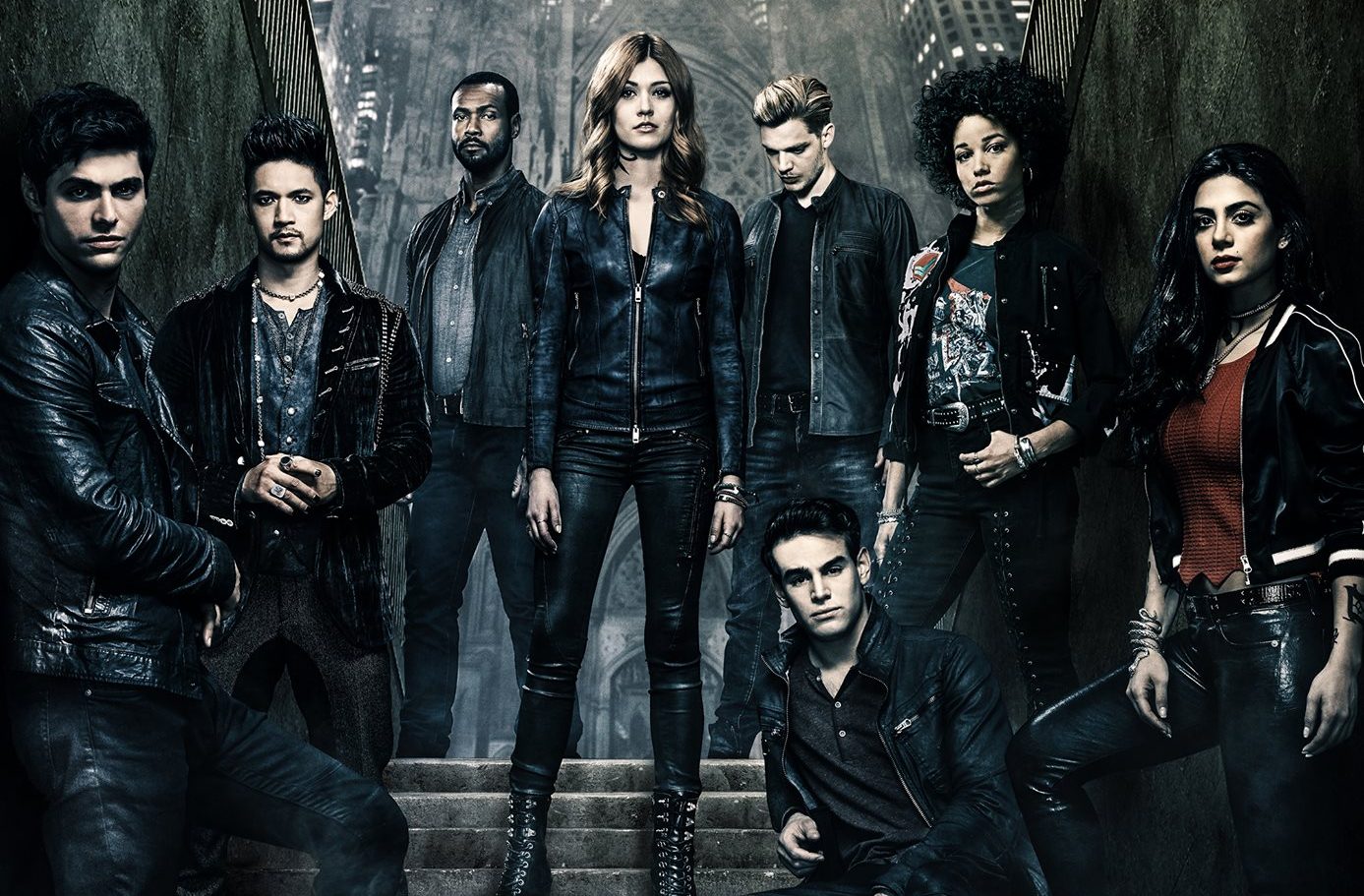 Shadowhunters season 3 premieres on Tuesday! Flashback with us to New York Comic Con last October, where I was fortunate enough to have the opportunity to ask the cast some questions about the new season!

I wasn’t able to make the Shadowhunters season 3 NYCC panel because of a prior press engagement, which was disappointing. The Shadowhunters cast are some of my favorite people to see in person. I even enjoyed their panels before I was watching the show and had no idea who any of these people were. That’s why I was so happy to get the chance to talk to them, one-on-one (or, rather, one-on-two) about what we can expect in the upcoming season.

When we last left our intrepid Shadowhunters and Downworlders, all hell had broken loose — quite literally. Jace died and was resurrected, Clary killed her father, and Magnus and Alec broke up and got back together. With Valentine dead, Sebastian on the run, and Simon throwing his lot in with the Seelie Queen, there is a lot of chaos going on right now. Fans are obviously worried about how Jace will be affected by what happened, as well as the future of Alec and Magnus’s relationship. But we’re also pretty excited about Maia becoming a regular and to see what, if any, new runes Clary learns.

If you haven’t already seen them, check out our interviews below!

The Shadowhunters season 3 trailer, which dropped two months ago, focuses mostly on what’s going on with Jace, Simon’s troubles with the Seelies, and the arrival of Lilith, “the mother of all demons”. As someone who hasn’t read the books, there isn’t much here for me to analyze, and the trailer is too short to provide anything more than a tantalizing look at what we can expect to see when the show returns on Tuesday.

Fortunately, FreeForm has been kind enough to give fans little sneak peeks in the weeks leading up to the premiere. A visit to the official Shadowhunters YouTube channel will show you scenes like Clary becoming a full-fledged Shadowhunter, Alec learning that Magnus was removed as High Warlock, and Jace and Clary discussing whether or not to tell Alec what happened with the Angel Raziel. There is a lot to look forward to this season!