Siren at NYCC 2018: Get Ready to Go Underwater 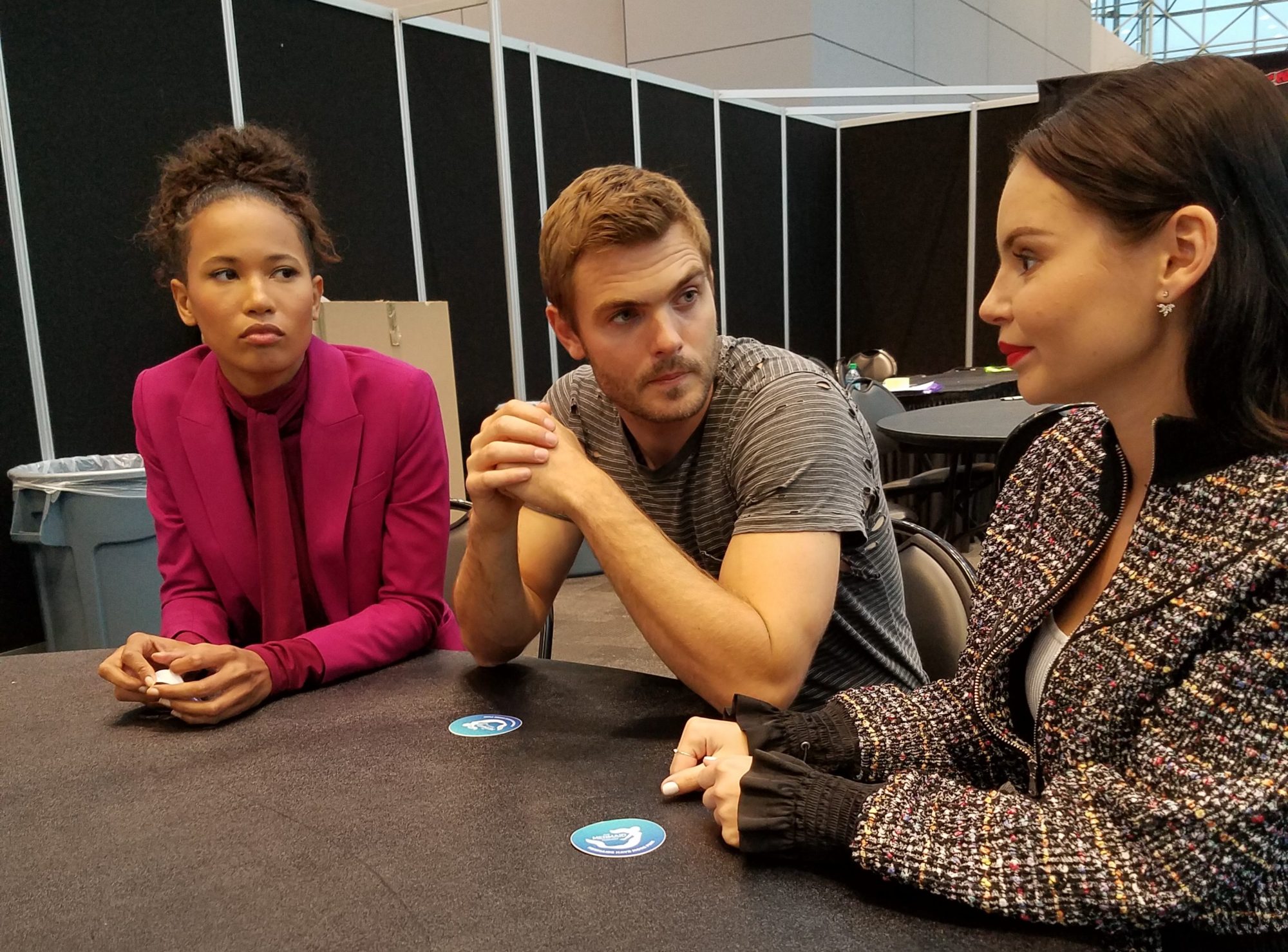 It’s not even been three months since San Diego Comic-Con, and season 2 doesn’t premiere until January 24, but we spoke to the cast and crew of Siren at NYCC 2018, and I think we got some new information!

Apparently, at SDCC, when asked if we would ever go underwater, the answer was no, but when the question was asked of Siren at NYCC 2018, the answer was yes! It was the first question posed to Executive Producers Emily Whitesell and Eric Wald, who said that in the first half of season 2 – which received an increased order of 16 episodes – the focus will be on the new flock of mermaids coming to Bristol Cove, but in the back half of the season, we will go underwater.

Focusing on the new mermaids opens up a lot of possibilities to explore, story wise – what happened all those years ago, why are they coming back now, what will they be like when they come back. We’re going to get to see how the mermaids react to humans and the varied experiences they have, considering how different Ryn’s and Donna’s dealings with them were. They’re also going to focus on mermaid civilization itself, like the hierarchy and how it’s a matriarchal society, and the siren song and how it affects not only Ben but other characters.

They also mentioned that there will be a novel tie-in that tells the story of what happened in Bristol Cove 150 years ago.

At the panel, there was a special, exclusive sneak peek at the upcoming season 2. Check it out!

In our interviews, both Wald and Whitesell, along with star Eline Powell (Ryn), talked about the major influence that the animal kingdom had on how they developed the idea for both the creatures themselves as well as their society. Eline spoke about studying the way animals like spiders moved, and how penetrative a cat’s stare can be, as a way to get into the mindset of a mermaid.

Previous:Test Your Battle Strategy with MARVEL Battle Lines
Next: “The Big Book Of Super-Villains” by Author Morris Katz – Review