Siren Season 3×05 Review: Mommy and Me 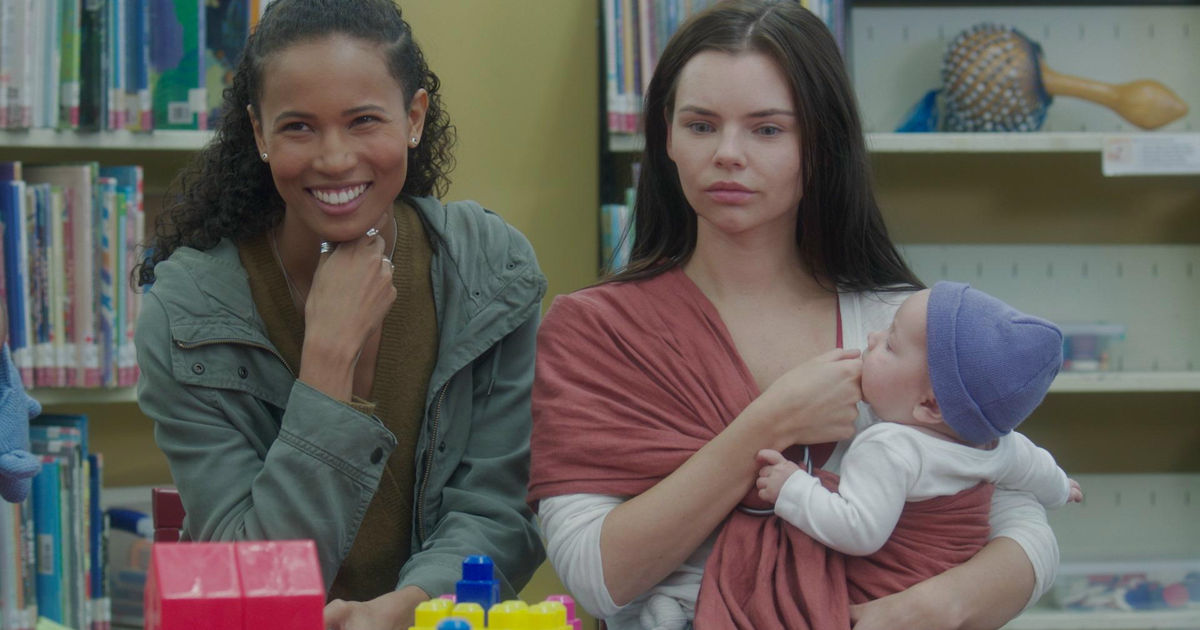 ‘Mommy and Me’ was a wild ride from start to finish. Rife with treachery, discovery, and emotion, this episode was more like earlier episodes of Siren and I’m back to enjoying the show.

‘Mommy and Me’ brought back the feelings of urgency we missed from the first and second seasons of Siren and finally introduced new conflict. After the last few episodes of fluff and setting the scene, it’s finally all paid off.

Rena Owen, the actress who plays Helen, has an accent. Usually I can try to forgive it but this episode it was SO obvious. She’s supposed to just sound regular American, I’m guessing, but the actress is from New Zealand and her American accent is pretty terrible.

Ryn learning how to be a mother is ADORABLE. I’m not a huge fan of children but I’ve been waiting for this merbaby for awhile. Ryn learning and growing warms my heart so much. Her interactions with the Mommy and Me women were HILARIOUS. “If my baby cries it will be eaten” sent me. She does finally give her daughter a name: Hope. 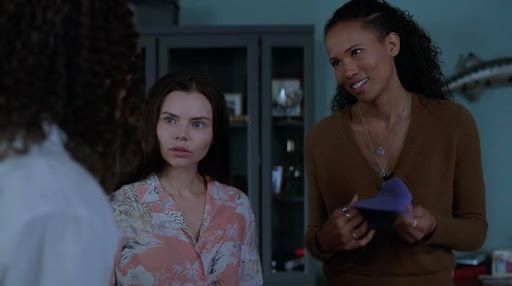 Ben looks like he’s made peace with the fact that he and Maddie have broken up which is nice? I guess? It doesn’t mean that I’m okay with Robb and Maddie.

Ryn exhibits compersion: happiness for her partner’s happiness. She and Maddie are still romantically involved, which is a nice look for the polyamory depiction in this show.

Ben is progressing at a super rapid pace with his research: super hearing, super reflexes, super speed and endurance, and huge lung capacity. He mentions that Ryn’s baby feels like his which could be a kind of instinct developed through the stem cells. But of course things take a big dive and Maddie and Robb are exposed to his indiscretions and a mermaid corpse.

I have a theory that Robb is going to be the next powerful ally, helping Ryn and her tribe to fight off Tia and her tribe. He can’t just unsee a frozen mermaid.

Ted Pownall is proving himself to be a worthy antagonist. Will he follow in the footsteps of his mermaid obsessed ancestor, Charles Pownall? All signs point to yes.

Who knew that mermaids have the power to change their scales as they change their allegiance? I’m not gonna lie, I’m disappointed in Katrina but maybe she’s just going to double cross Tia? We can only hope. With the rest of Ryn’s tribe dead, they probably won’t have any other choice except to bow to Tia.

It was only a matter of time before Xander messed up. Now Annie Brennan, the show’s new LGBT character, is going to be embroiled in the mermaid scheme of things.

This week’s episode of Siren definitely set up some big players for tonight’s episode and I’m looking forward to watching things get messy and unravel. Is Ben going to face the consequences of his actions? Is Xander going to finally let Annie in on the mermaid secret?

I guess we’ll have to stay tuned.