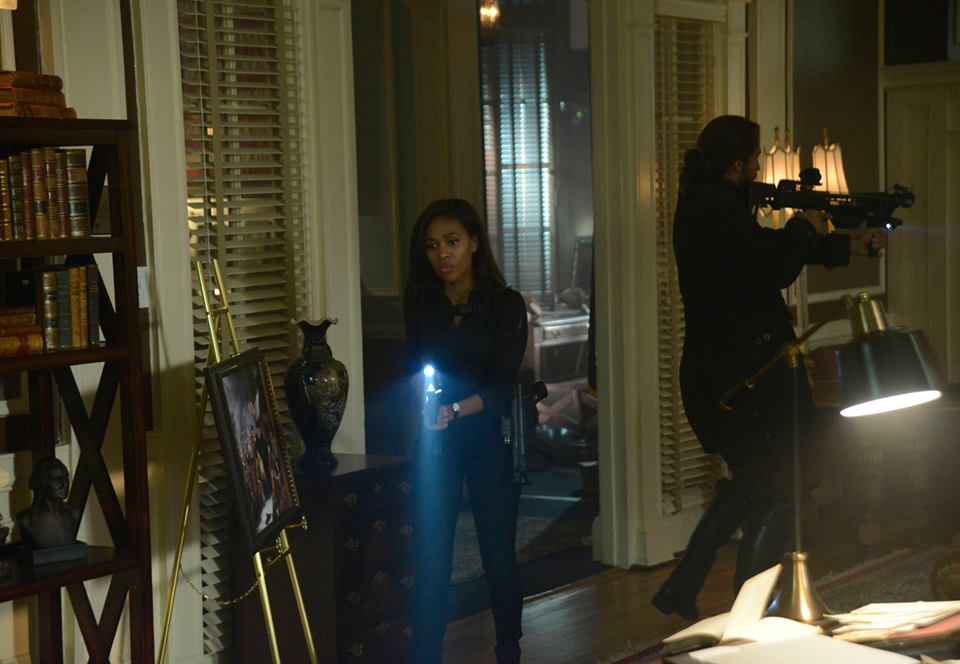 Nine months. It’s been nine months since that fabulous cliffhanger filled finale, and it was almost long enough for me to forget how beautifully bonkers this show really is. I shouldn’t have worried, though, because a couple of seconds into television’s most unbelievable “previously on” I was reminded that Sleep Hollow is truly spectacular. The second season of a surprise hit is always a nerve-wracking. Can it live up to it’s fantastic debut? While “This Is War” was essentially just clearing up the mess left by last season’s finale, it still manages to be a damn good example of everything this show does right.

The episode begins with a classic sci-fi/fantasy rouse that leaves the audience wondering “did we just jump forward in time or is this some kind hallucination?” I was pretty sure it was some kind of illusion, but it’s a testament to this show’s absurdity that I didn’t completely believe my own instincts. Thank goodness it wasn’t really a time jump because that reeks of lazy writing and unplanned problems. The flashfoward/dream future did give us a couple of terrific moments including Ichabod’s upset and confusion of his surprise birthday party, and their arsenal of supernatural action weapons which they use to fight that old foe, The Headless Horsemen. 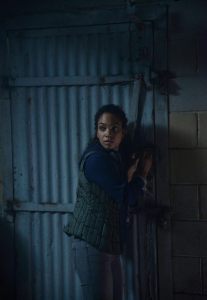 Somehow Ichabod, Abbie and the ever lovely Jenny manage to thwart Moloch’s evil plan… again. Ichabod frees himself from the wooden box his long lost son/the Horseman of War buried him in by igniting the sulfur in the dirt and blowing himself out of the ground. Then he proceeds to drop names and throw shade at the Founding Fathers. This week it was Ben Franklin’s turn and it was certainly a sight to behold. Ichabod’s take on US history just gets better and better. In the end there are two Ichabods fighting each other and it’s his pronunciation of Lieutenant that saves the day. Also, Katrina is on the date from hell with the Headless Horseman. Did I mention this show is bonkers?

The task of the episode – and reason for the illusion that begins it – is an obvious MacGuffin called The Gehenna Key, a magical key that opens the door to purgatory and allows those trapped to escape. It’s a super convent coincidence that this key is brought to their attention when Abbie herself is trapped in purgatory with no way out. But that’s what’s so wonderful about this show, it uses what some might call tired tropes without a hint of irony or the self-reflexive taint of parody, and it works. Sleepy Hollow managed to find just the right mix of absurdity and sincerity, coupled it with fantastic characters that are magnificently cast, and created one of the most constantly entertaining shows on television.

Look, the thing about Sleepy Hollow is that it’s bonkers. I know I said that already but it’s worth mentioning again. But as absurd and strange as it seems sometimes it still has a sort of logic holding it together. It’s not the same logic that we use in everyday life but it’s a logic that makes sense within the wacky world of Sleepy Hollow. It holds together the nonsensical aspects of this story so the audience manages to follow along with relative ease. It’s just brilliant, okay?

Anyway, as always Sleepy Hollow plays to it’s strengths. One of the it’s most redeeming features is the chemistry between the show’s leads, Nicole Beharie and Tom Mison. So even though Ichabod and Abbie were separated pretty significantly at the end of last season, they don’t keep them apart for long. In fact, considering Abbie was in a whole other dimension they spent an awful lot of time together. Not that I’m complaining because watching Ichabod and Abbie interact is almost as good as eating ice-cream on a summer’s day, and they were on form as usual. 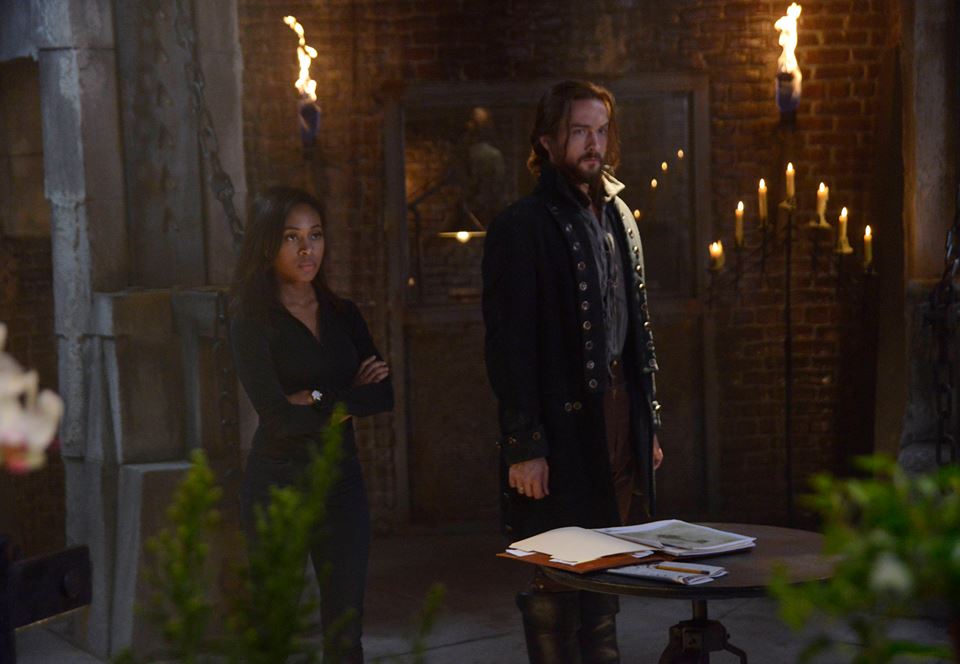 “This Is War” was a fantastic opener in that it felt like a continuation of Season 1. This is the same Sleepy Hollow we fell in love with. The familiarity is comforting, but we know there is so much story left to tell. While I’m not going to put it down as my favourite episode – the Season 1 finale was a tough act to follow – this episode renewed my faith and hooked my interest in the season to come.

What did you think? Are you hooked in for another wild ride? 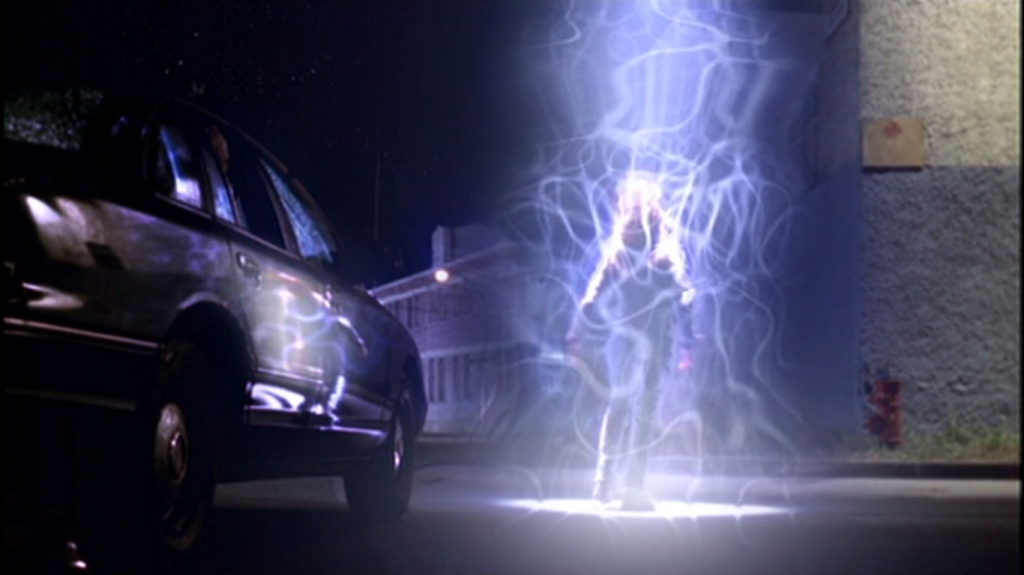 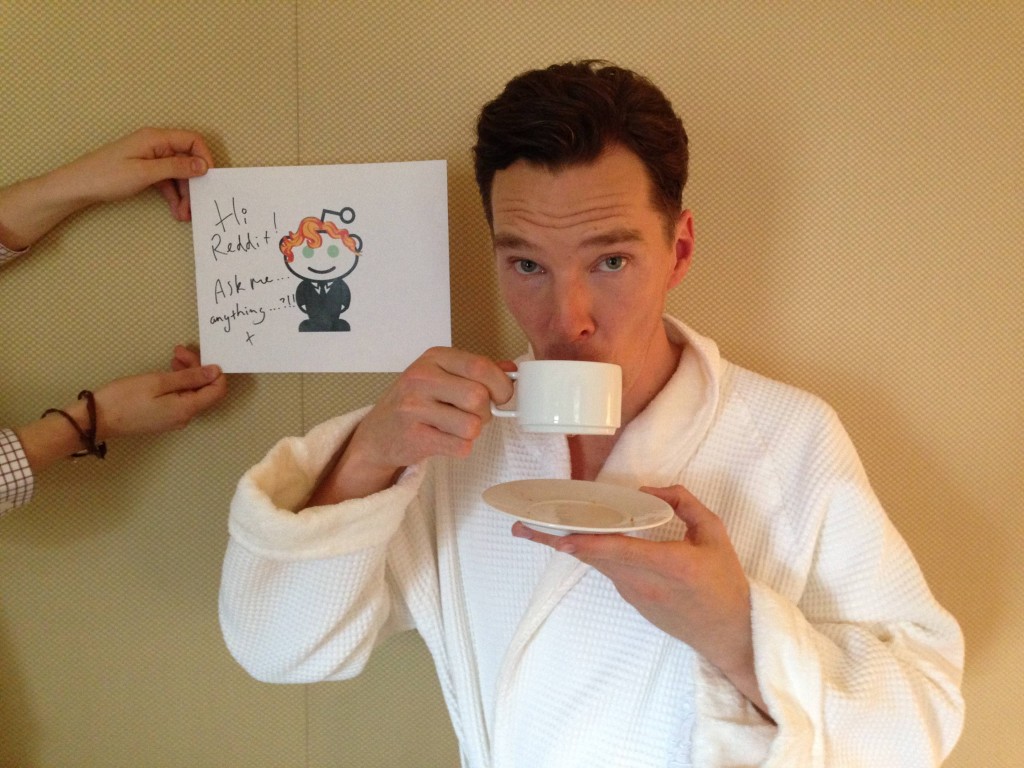 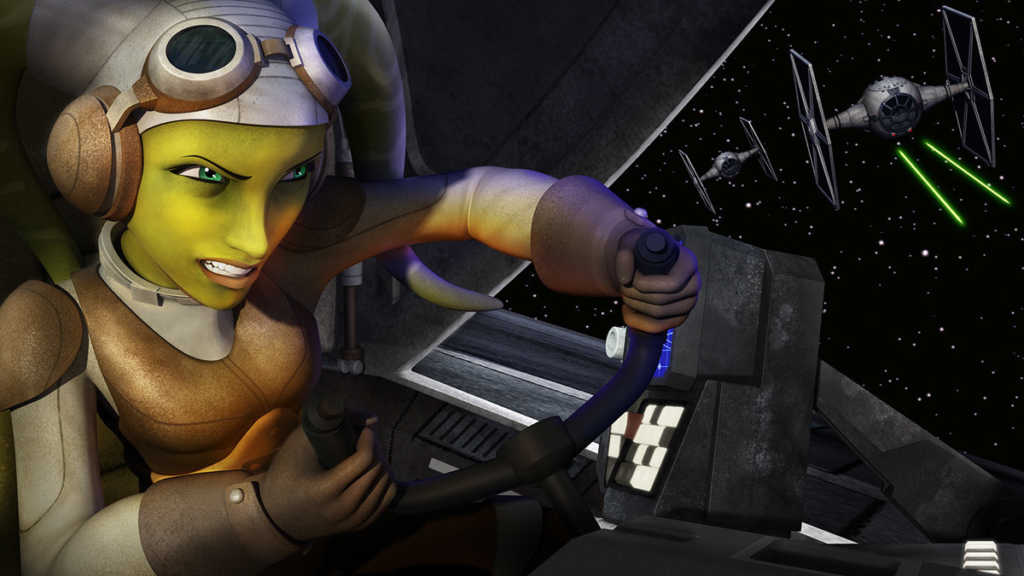