Red Rising Sons of Ares #1 Review: The Child on the Rock 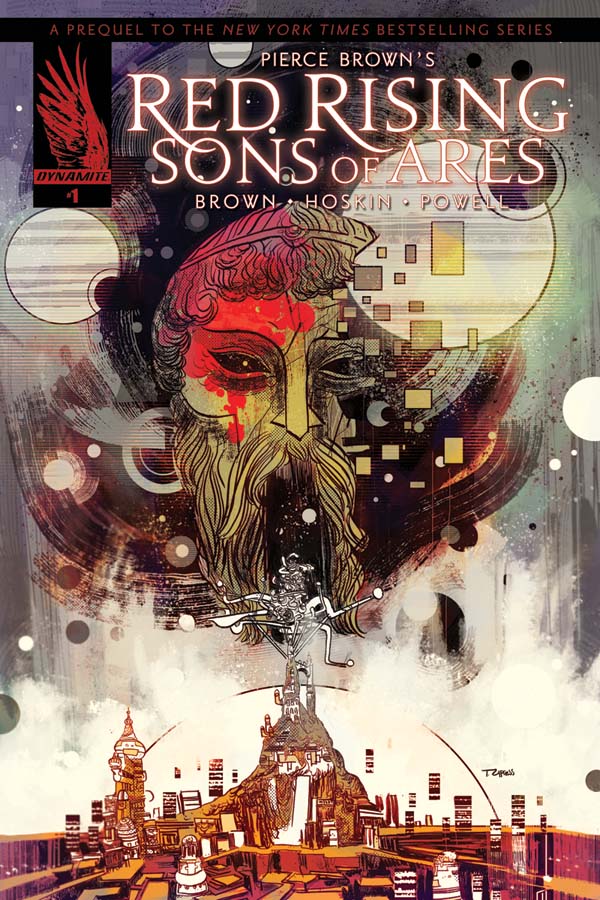 The first issue of Sons of Ares, the comic book prequel to Pierce Brown’s best-selling Red Rising trilogy, is a fitting introduction to the world. “The Child on the Rock” is a prequel-within-a-prequel, outlining how society got to where it is now as well as starting Ares’ story.

One of the best things about “The Child on the Rock” is the brief introduction to the society. I’ve read all three books in Brown’s series, but the visual representation of the colors is extremely helpful. I didn’t realize that I needed such a diagram until I saw it in print form, but seeing the colors laid out side by side shows you just how easily the Golds would have dominated. 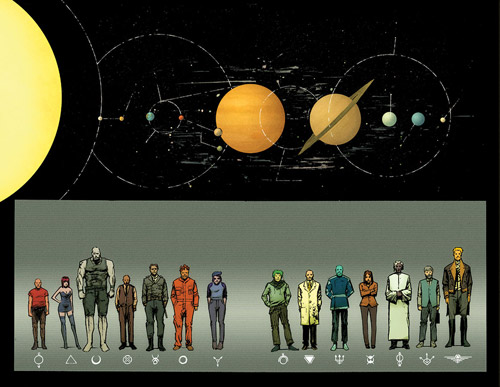 Eli Powell’s art is amazing and perfectly encapsulates the grim world of the series. Everything is dark and harsh; even the Golds, who are supposed to be prime human specimens, are unattractive. I’m not sure if that’s supposed to reflect how corrupted they’ve become, or if because it’s Fitchner’s story it’s meant to be tainted by his bitterness. Either way, it’s a gruesome depiction of a world that, for all intents and purposes, should be beautiful.

Of course, if you’ve read the books, you know that while this society is aesthetically appealing, it’s actually quite brutal, and this is never more evident than in the panels depicting Fitchner’s Passage. There is no place for empathy in this world.

Given the current political climate, it’s not difficult to find similarities in virtually any post-apocalyptic or dystopian story. But Fitchner’s background I feel is particularly appropriate. He’s mocked and belittled and looked down on his entire life, and it makes him hard and bitter towards the people who have mistreated him. In any other origin story, Fitchner would be a villain. But Sons of Ares acknowledges that oftentimes society is majorly screwed up, and sometimes the only solution is to burn the damn thing down.

“The Child on the Rock” is pretty heavy on the exposition and light on the story, but that will change soon. Book readers can probably figure out why extracting this information is so urgent for Fitchner, but for any new fans, I’ll let you learn it as you go. Even though I know the outcome, I’m still eager to see where the story takes us.

One last thing that I really appreciated was using color for the speech bubbles to help denote when someone from a particular group was speaking. It also helps emphasize just how far reaching the Sons of Ares were.

Have you read “The Child on the Rock”? What did you guys think?