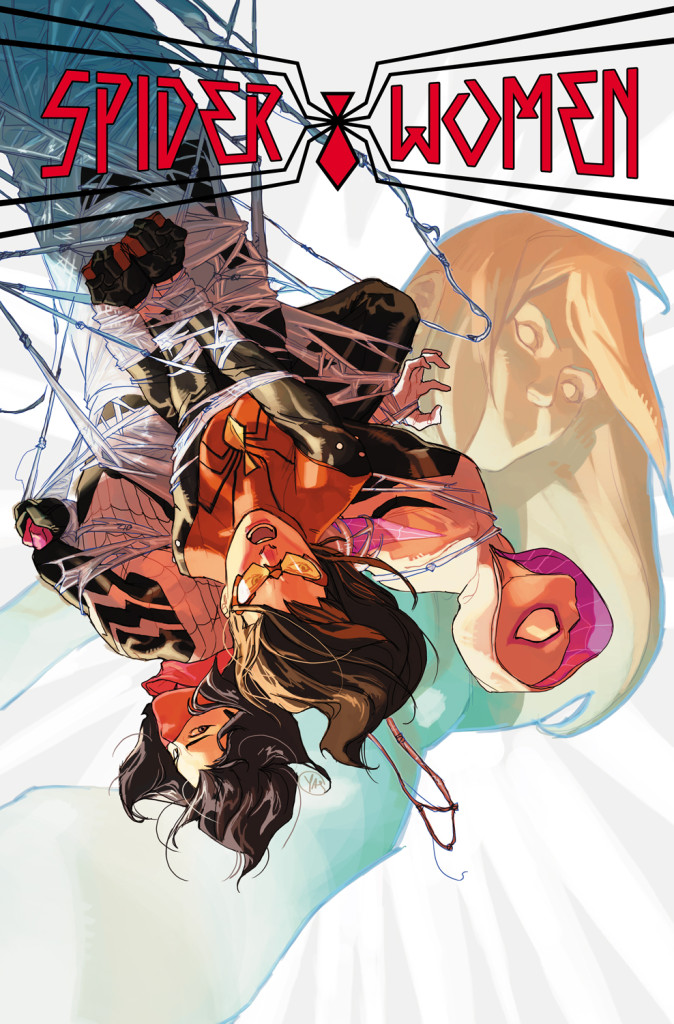 The internet is abuzz with talk of Spider-man after his appearance in the new Captain America: Civil War trailer. But what about the ladies? 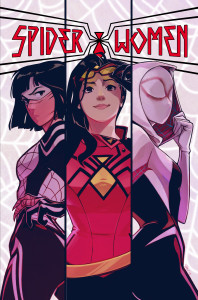 The plot, as per Marvel’s press release:

A routine trip to Earth-65 to visit Spider-Gwen turns into a nightmare as Silk and Spider-Woman find themselves trapped on Gwen’s alternate Earth! And they’re not alone! The villainous organization S.I.L.K. is on their tails, and they’re dead set on using these interdimensional interlopers for their own gains. Now, it’s a race against time to get home in one piece! But while these Spider-Women struggle to find their way back, who’s keeping an eye on their universe? Plus – Cindy Moon comes face-to-face with her Earth-65 counterpart!

This epic crossover event, which was first announced this past October at New York Comic Con, is written by Jason Latour, Dennis Hopeless, and Robbie Thompson (Thompson wrote issue #1) and illustrated by a variety of artists including Vanesa Del Rey, Bengal, Javier Rodriguez, and Tana Ford.

Spider-Women is part of the “all-new, all-different Marvel” that launched in the wake of the Secret Wars, and I hope it helps pave the way for a lot of future crossovers and even more stories and titles led by women. At last year’s NYCC during the “Women of Marvel” panel, it was revealed that there are currently seventeen female-led titles, whereas there were zero only five years ago. The Spider-Women crossover series goes a long way in allowing more room for women in comics and diversifying the Marvel universe. 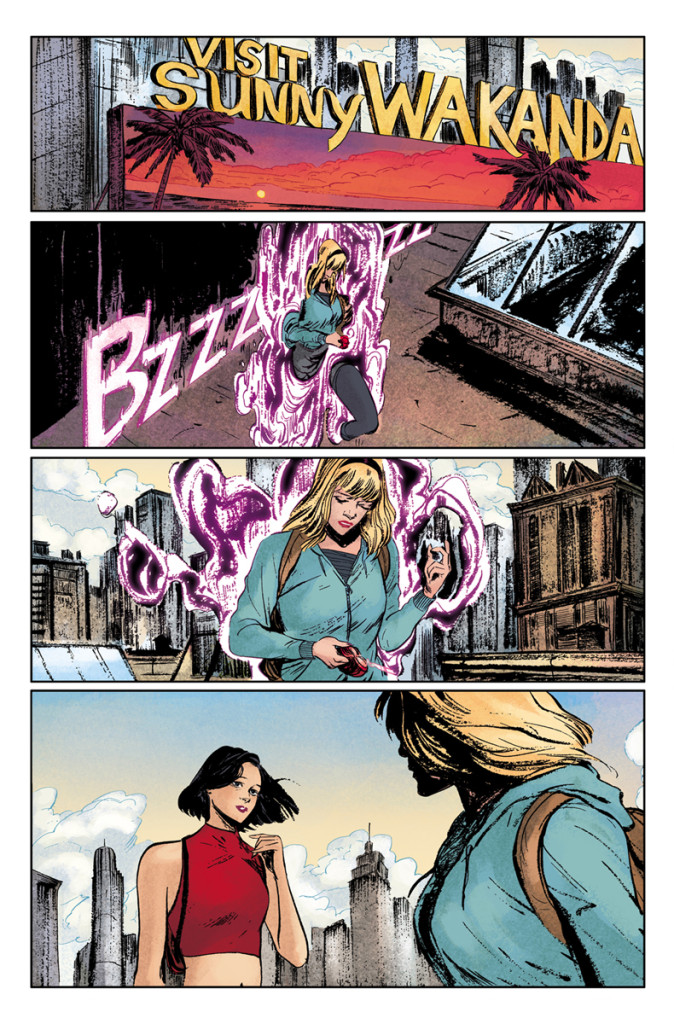 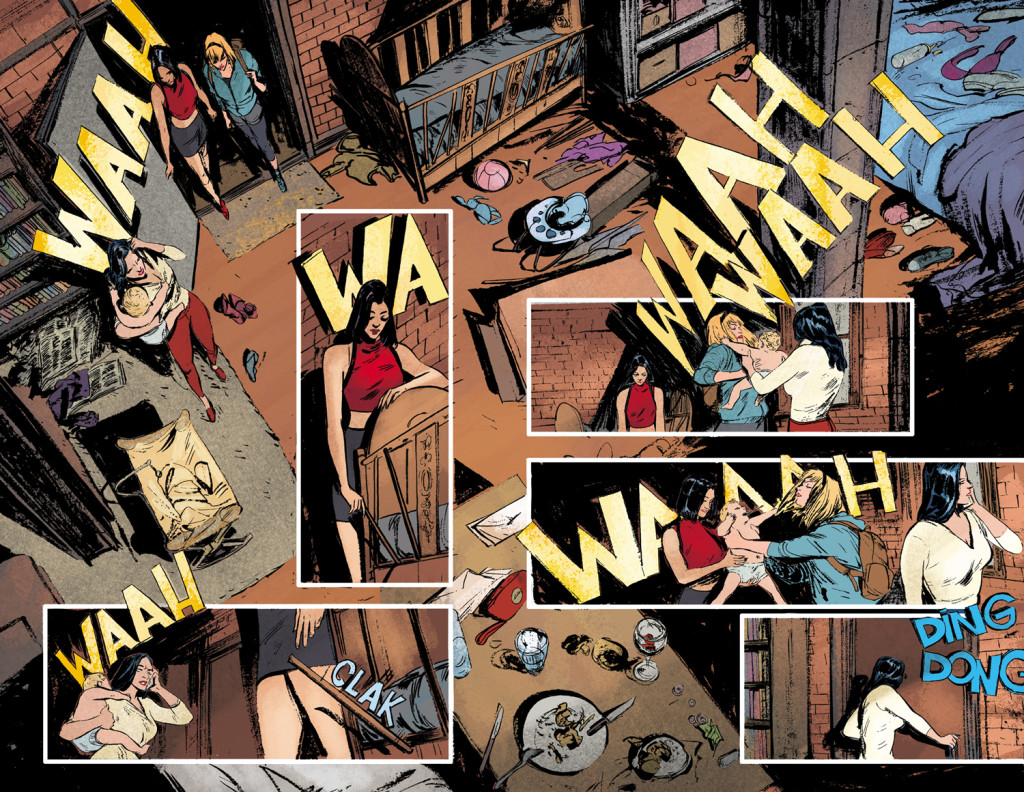 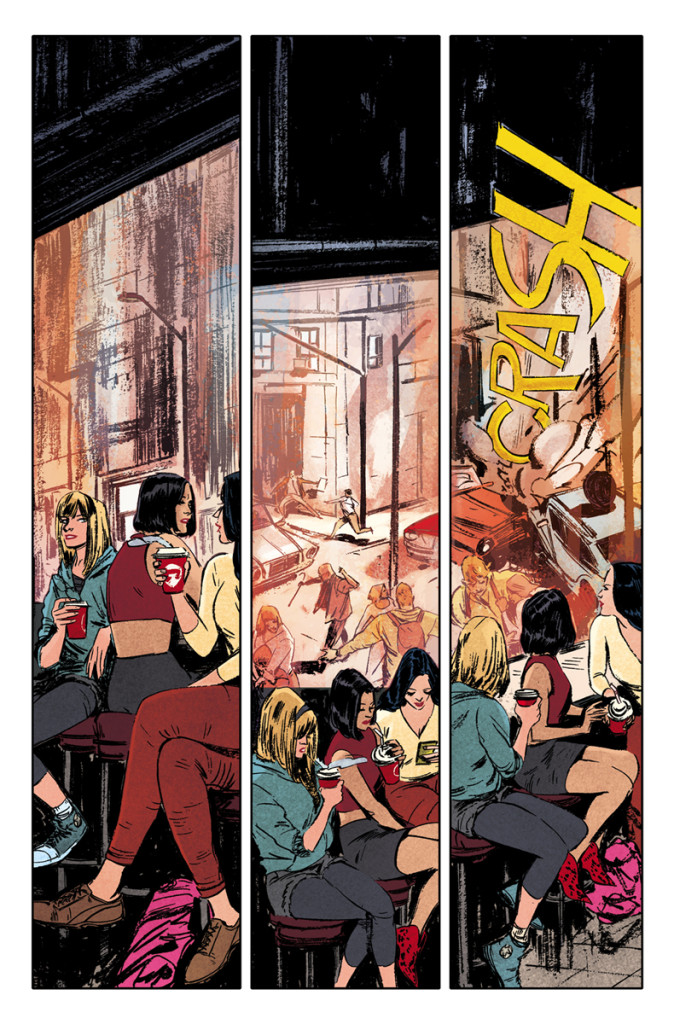 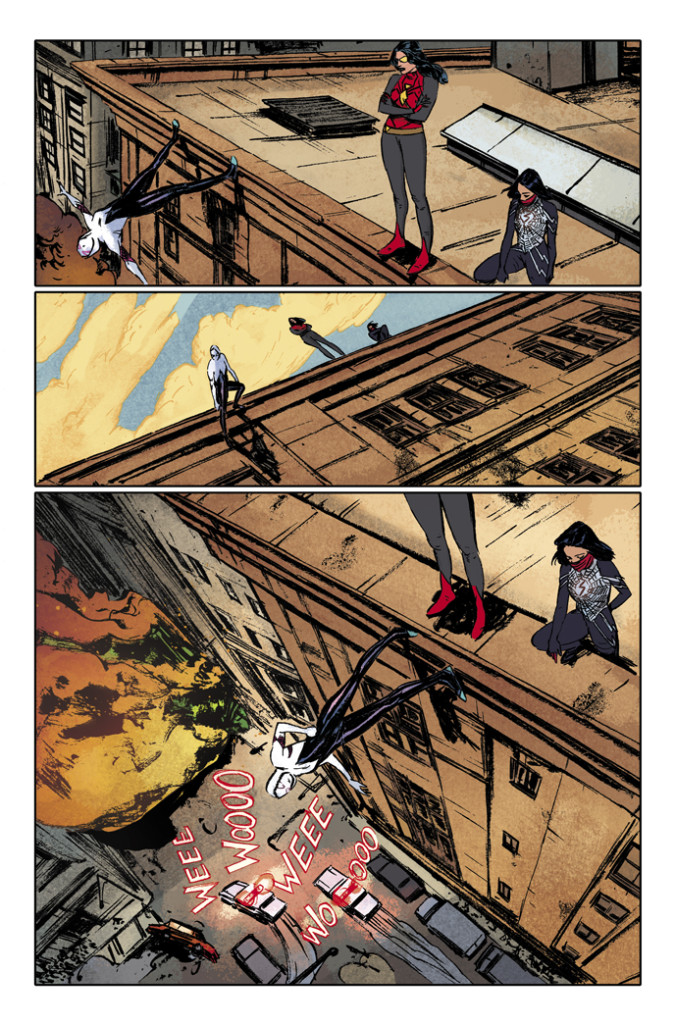 Spider-Women Alpha #1 is on sale April 6.

What do you guys think? Are you excited about the upcoming Spider-Women series? What characters would you like to see in a crossover? Let us know in the comments!