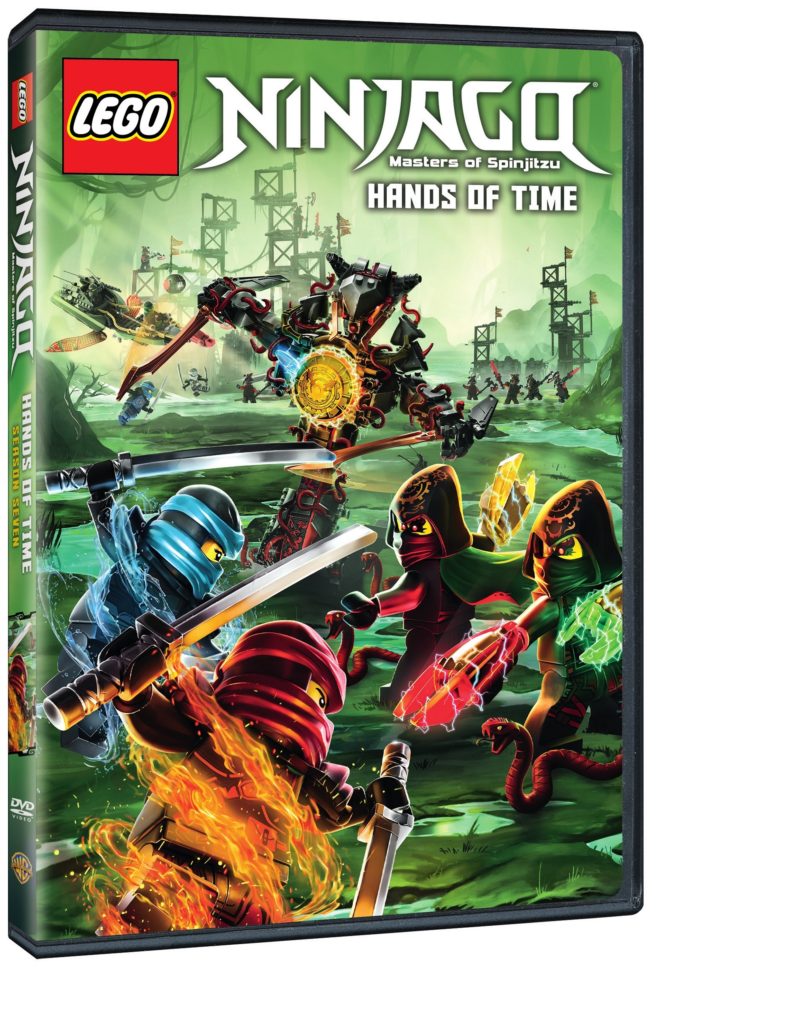 Warner Bros. Home Entertainment has released LEGO Ninjago: Masters of Spinjitzu Season 7 on DVD, offering 10 episodes that are full of humor and action!

A new adventure beings for our heroes when they encounter new enemies, Krux and Acronix (the Hands of Time). LEGO Ninjago Masters of Spinjitzu Season 7 focuses on time. The villains want to collect the four Time Blades to gain complete power over the past, present, and future.

During the season we see time hopping back and forth over a span of 40 years, all the way back to the Serpentine Wars. Two former students are teased to have turned against Master Wu and that’s the mystery our heroes have to solve.

The entire season has some cool action sequences and a lot of comedy. Kai and Nya also get to know about the fate of their parents. This season does end on a cliffhanger, though. Also, Lloyd makes progress with his training and I’m excited to see where the story goes from here.

It is shortly after the Day of the Departed and all has returned to normal in Ninjago. While the Ninjas are back at the museum cleaning up the mess they left behind, Master Wu waits alone at his old monastery. Soon, there is a flash of light and a stranger mysteriously appears who turns out to be an old enemy. Wu and the stranger engage in an epic battle which we soon learn is the finale of a fight that began forty years ago between the Elemental Masters and the Hands of Time. Who are the Hands of Time? Krux and Acronix, two fallen Elemental Masters who could once control time itself before Wu and Garmadon barely managed to strip them of their time-shifting powers and transfer them into four time blades! Wu and Garmadon sent the Blades into a temporal vortex and Krux and Acronix followed, leading our heroes to think the threat was over in Season 7 of LEGO NINJAGO: Masters of Spinjitzu.

Coming to the two-disc DVD, the front of the cover has the main artwork. The back includes details regarding the release. This is a standard-definition DVD release with crisp colors and perfect sound. It includes all 10 episodes from the show’s seventh season. The approximate runtime is 229 minutes. The audio is English Dolby Digital 2.0. with English SDH and Spanish subtitles.

Also, the LEGO Ninjago Movie was released on September 22, 2017. As of yet, it has grossed $58.1 million at the worldwide box office.

Previous:The Gifted 1×1 Review: eXposed
Next: The Good Place: A Mind Bending Exploration of Life After Death