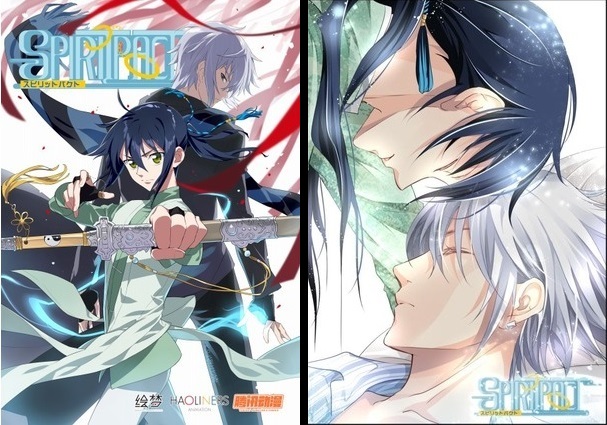 The Chinese donghua/anime Spirit Pact has been released on the online streaming service Crunchyroll and the reviews aren’t pretty.  But please stick with it longer.

The first episode of Spirit Pact is available on Crunchyroll right now, despite the fact the entire show has been released in China already.  The episode that’s available sets up the basic premise of the show, but does little to attach the audience to the main characters or entice people with the wider mythology.  It’s no surprise that people who have only seen this episode have rated the show incredibly low.  Right now it has a two out of five star rating on Crunchyroll and a 5.8/10 on MyAnimeList.  Those who have seen more of it tend to have a much higher opinion of the show overall, so for those that tune in, please watch further once more episodes become available.

Spirit Pact is based off the manhua Ling Qi.  The original manhua and the Chinese release of the show has already cultivated a following, though there is some debate about the exact translation of the title.  You may see it referred to as ‘Soul Contract’ in some places, or even by the original title ‘Ling Qi,’ but now that it’s been officially licensed and translated for an English speaking audience, chances are these variations will slip away and ‘Spirit Pact‘ will be the default translation.  The names have also been altered with the official translation, so if you delve into areas where the fandom is already flourishing, there may be some initial confusion.

SPOILER WARNING: The following contains light spoilers for the show, but has been kept as vague as possible.

The synopsis based on MAL is as follows:

Heir of an old famous family of exorcists, Keika You is stricken by poverty after losing his parents. He struggles as a street fortune teller and computer recovery part timer to earn money. One night in a junkyard, he meets the mysterious yet charismatic exorcist, Ki Tanmoku, fighting an evil spirit. This encounter is the beginning of a fated story for Keika You. Unfortunately for him, he was actually hit by a car and became a ghost. That was when the handsome exorcist Ki appeared and asked Keika to make a “pact” with him to fight evil spirits together. Here starts the friendship of our heroes!

It’s essentially the ‘soul bonding‘ trope between a ghost and an exorcist battling evil spirits (and other foes) together. If you’re a sucker for that genre of fanfiction, you’ll probably enjoy this story as well.  While the characters aren’t as gripping from the start of the show as they could have been (they definitely come off as basic archetypes), they do develop into people you can love as the show progresses.  The BL themes are light in the show, but definitely present and worth checking out if you enjoy that genre.  Much like No.6 and Yuri on Ice, the plot is at the forefront of the show and any potential pairings are incidental to the situations the characters find themselves in.  That’s totally my jam. But for those who prefer the romance a little more centrally-focused, this might not be for you.

While the entire show has been released in China and is available illegally on various streaming websites, as always I encourage you to wait for the episodes to be released through official means such as Crunchyroll.  It’s tricky when a show is already released elsewhere, but it’s worth helping boost the numbers for shows like this so that licensing companies continue to bring over quality stories with LGBTQ+ themes (even when they are more on the subtle side).  So support the show if you’d like to see more content like that.