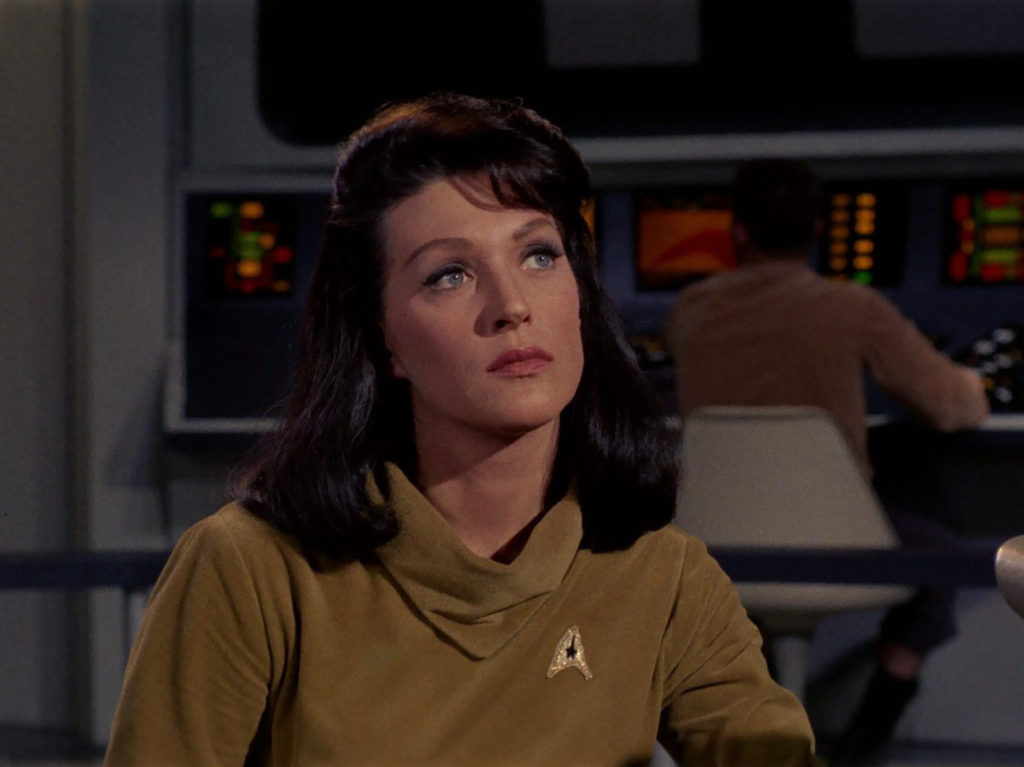 A couple of weeks ago it was revealed that Star Trek Discovery was going to have a female protagonist.  Now we know who exactly that protagonist will be.

Though Number One didn’t carry over from “The Cage” to the series itself, the actress became a crucial part of the Star Trek universe overall.  Majel Barrett came back to TOS as Nurse Christina Chapel, appeared in Next Generation and Deep Space Nine as Lwaxana Troi, the mother of ship Counselor Deanna Troi, and even gave her voice to the ship’s onboard computer interfaces throughout the many Star Trek series.  Barrett and show creator Gene Roddenberry married in 1969.

A female protagonist might not have survived the 1960’s.  William Shatner famously noted in the book Star Trek Memories that Number One was viewed as “annoying” and “shouldn’t be trying so hard to fit in with the men.”  This criticism wasn’t so far off in the area the show was created, but things are different now.  Science fiction has made great strides with diversity in the past several decades, especially within the Star Trek universe itself.  Captain Janeway broke the glass ceiling for female captains (and vice admirals) for women on Star Trek.

It was already a great victory to have a woman as the protagonist of the new series, but this revelation is an even bigger cause for celebration.  Number One never got a chance to thrive.  Now she’ll have her chance.

Edit: The original article misidentified Number One as Captain, not the first officer.  It has since been corrected.