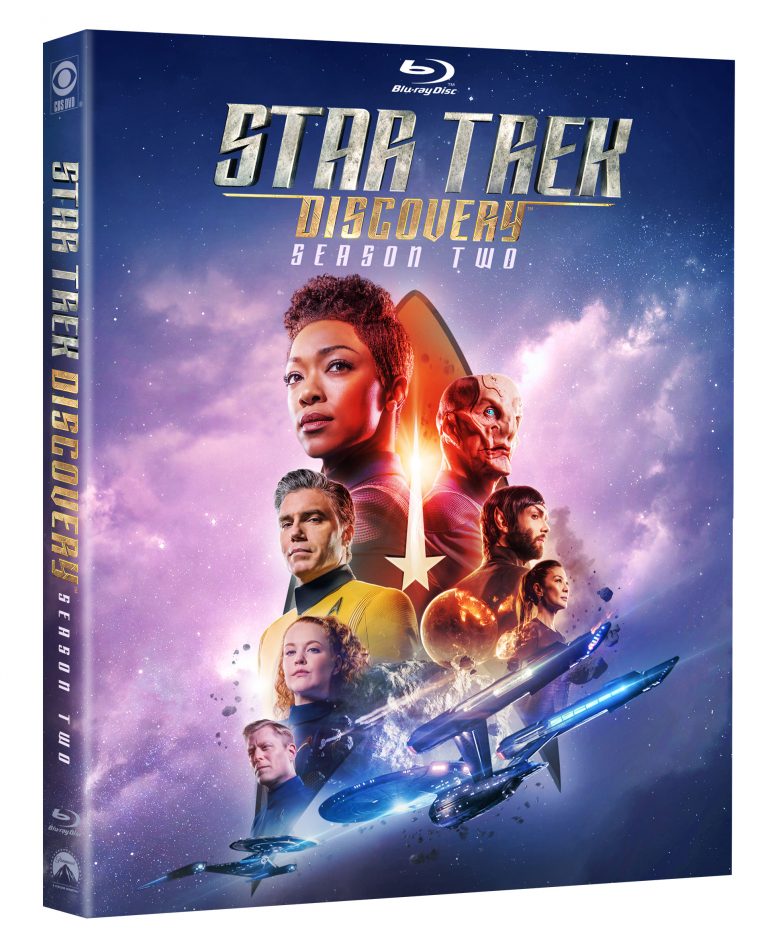 The Star Trek: Discovery season two home release will include all 14 episodes across four discs in both the Blu-ray and DVD formats. As for the extra content, the Short Treks episodes are related to the show’s second outing. The episodes are “Runaway” featuring Ensign Sylvia Tilly and “The Brightest Star” featuring Commander Saru.

The Exclusive Special Features Include:

As for the Short Treks episodes:

STAR TREK: SHORT TREKS are stand-alone short stories which offer fans a deeper dive into key themes and characters that fit into STAR TREK: DISCOVERY and the expanding “Star Trek” universe. In episode “Runaway,” Ensign Tilly (Wiseman) encounters an unexpected visitor in need of help onboard the U.S.S. Discovery. However, this unlikely pair may have more in common than meets the eye. “The Brightest Star” takes a look back at Saru’s (Jones) simple life on his home planet of Kaminar with his father and sister. Young Saru, full of ingenuity and a level of curiosity uncommon among his people, yearns to find out what lies beyond his village, leading him on an unexpected path.

The first two seasons of Star Trek: Discovery are available to stream on CBS All Access and are distributed concurrently by CBS Studios International on Netflix in 188 countries and in Canada on Bell Media’s Space channel and OTT service CraveTV. The series is produced by CBS Television Studios, Secret Hideout, and Roddenberry Entertainment.

The Blu-ray and DVD breakdown is as follows:

Star Trek: Discovery is coming back for a third season.