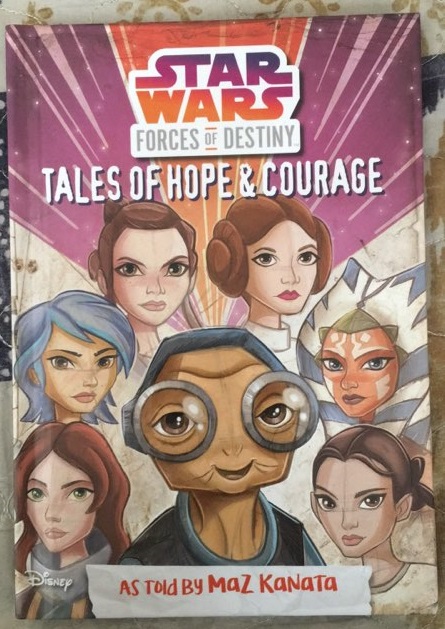 Disney and Lucasfilm gave a much-deserved push to heroines through the Star Wars initiative titled Forces of Destiny which debuted last year. The initiative included toys, animated shorts, apparel, and a number of books including Stars Wars Forces of Destiny: Tales of Hope & Courage.

I was provided a copy of Star Wars Forces of Destiny: Tales of Hope & Courage. The opinions are my own.

As mentioned on the cover, Star Wars Forces of Destiny: Tales of Hope & Courage is narrated by Maz Kanata as she tells stories centering around popular women from the franchise including Ahsoka, Jyn, Padme, Leia, Sabine Wren, and Rey. The stories are very easy to read (it’s a book aimed at kids). I really liked Maz’s comments inserted throughout the different tales. 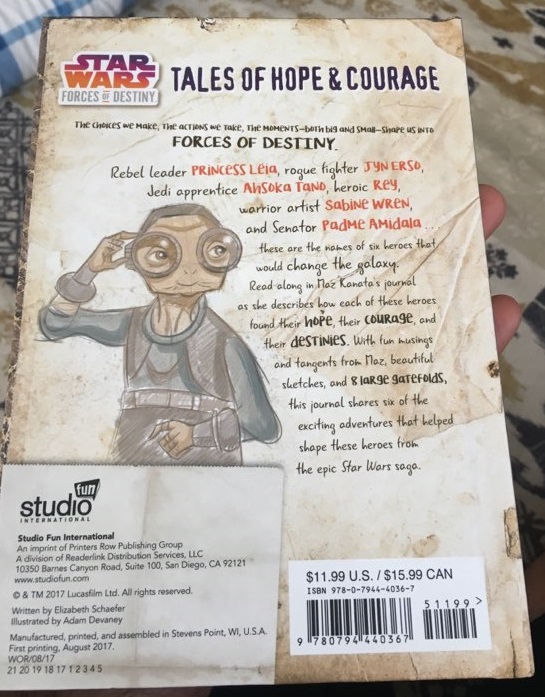 If you’ve watched the animated shorts, you’ll be familiar with the stories that Maz tells in this book (written by Elizabeth Schaefer). I enjoyed reading The Beasts of Echo Base, The Padawan Path, Newest Recruit, The Imposter and The Stranger, and the Sands of Jakku. These stories don’t add new information if you’ve already seen the shorts, but they still make for a good read.

There are also a lot of illustrations to enjoy. The art from Adam Devaney matches the style of the animated shorts. A few pencil lines have been thrown in to make the figures more expressive. This book also has a number of splash pages. There’s a lot of color in the illustrations, which I appreciated. 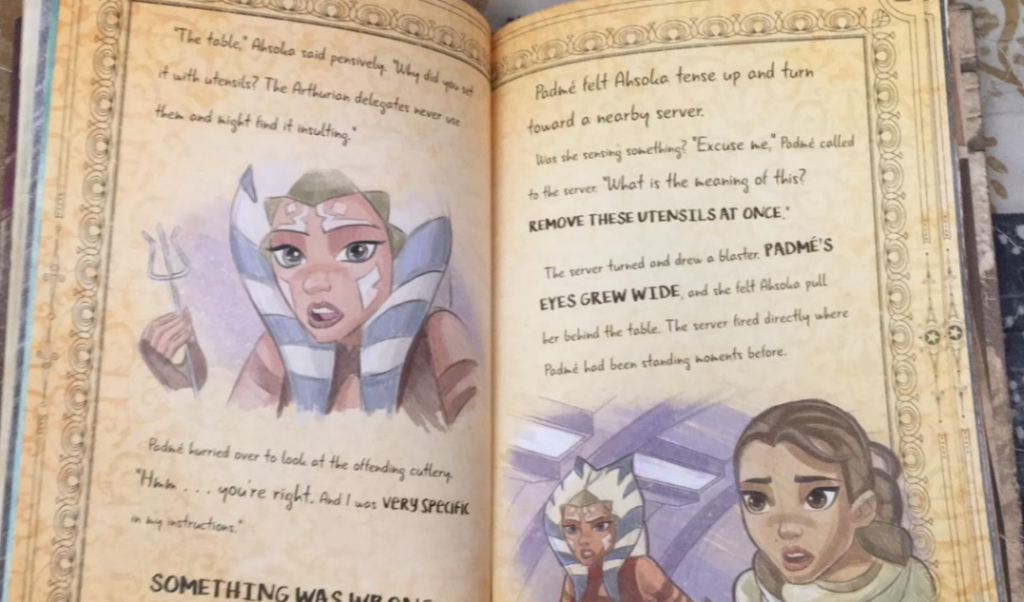 Furthermore, every story has a lesson behind it. Young readers will get to learn about what it means to be brave, courageous, honest, etc. like their favorite characters.

I’m all for Disney and Lucasfilm giving the women in Star Wars their time to shine and I hope the current initiative continues to grow. I recommend picking up a copy of Star Wars Forces of Destiny: Tales of Hope & Courage if you have young readers around.