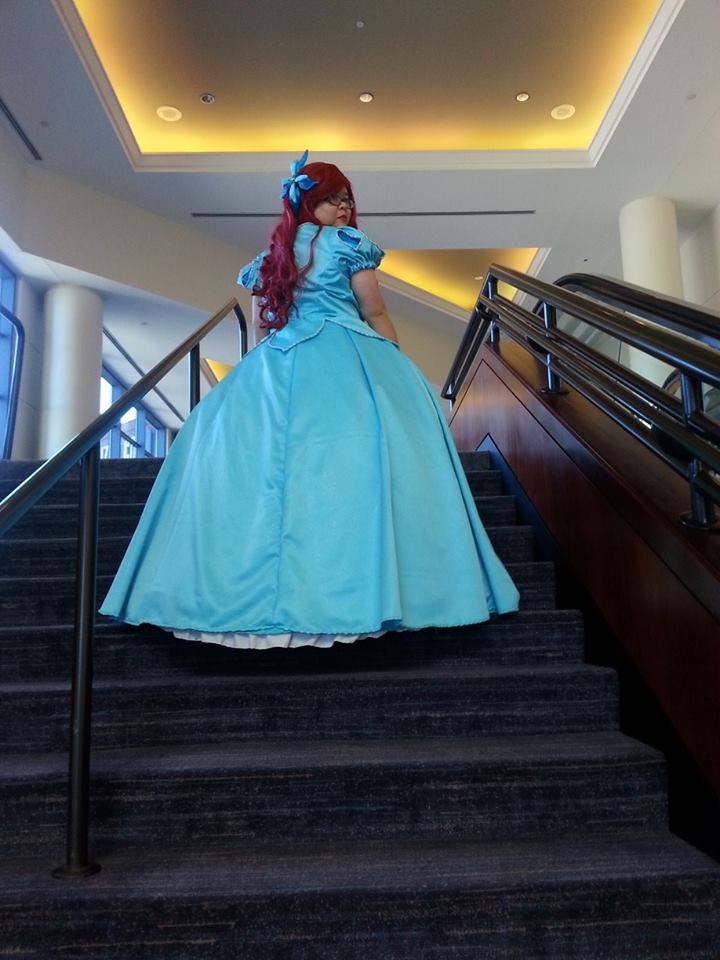 We’re now in the fourth week of our Summer Cosplay Series, and today I bring you Julia, who grew up in Tokyo but was transplanted to the United States – the Atlanta, Georgia area, to be specific – with the help of her love of cosplay!

J: I guess the first time I ever cosplayed was in High School, maybe 2004. I grew up in Tokyo so it seemed like such a normal thing to pick up as a hobby. My friends were all getting into it and I thought, “Why not?” So I guess that would be my introduction to cosplay! It was pretty much everywhere around me so it seemed pretty expected that I pick it up. 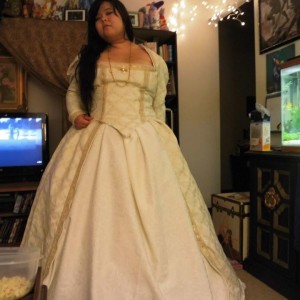 J: I didn’t always make my costumes or props. I bought them at first, partially due to the fact that all I knew how to do was sew patches onto a uniform by hand. It wasn’t until I moved to the US in 2011 that I started making my own costumes. I suppose I wanted to feel that pride of wearing something you made yourself. It was kind of daunting at first, but I seriously learned how to sew by watching tutorials on YouTube. I watched a few people thread machines and just learned via trial and error after that. Reading patterns was pretty simple as well, though I mostly use common sense rather than actually following the patterns. (That DID lead to a lot of seam ripping, though!) I tell people all the time that if I can learn how to sew via YouTube, and manage to make the things I make, anyone can do it!

J: If I had to pick one it would probably be Ariel’s town dress from The Little Mermaid. I have a problem, and it is Disney princesses.

J: Oh gosh, this is a hard one! I have so many costumes I would love to do one day, but if I *had* to pick one *right* now, it would probably be Marie Antoinette from the Takurazuka production of Rose of Versailles. 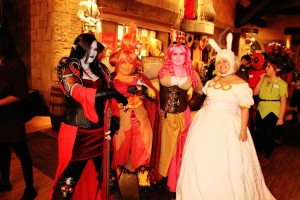 Do you do any charity or volunteer work that involves or revolves around cosplay or costumes? (This can include, say, making costumes for theater productions, helping with fanworks, etc.)  If so, what is it/how did you get into it/what do you like best about it?

J: Although I don’t do any specific charity work, I regularly help friends who want to make ball gowns by giving them advice, and I recently made a set of flower girl dresses for a co-worker for her wedding to save her some money! Whenever we have events at the pediatric office I work at, I tend to dress up though. It seems to help the kids sometimes when they’re getting shots and they see Ariel or Anna in the office.

J: By far, it has to be Dragoncon. I absolutely love it. The atmosphere is wonderful, everyone I meet there is so sweet and friendly, and it’s just so great to be able to spend time with friends and meet new people who love the same things I do!

J: First and foremost, don’t give up! It’ll really be daunting at first and you’ll think ‘no way can I do that’…but as frustrating as it can be, you just have to keep trying. Everyone has to start somewhere, really, so don’t compare yourself to other people. If you’re just starting out, you can’t compare yourself to someone who has done it for 10+ years! This hobby is about fun, in my opinion, not about competition! Second, don’t hesitate to ask for help, and don’t feel bad about it either. 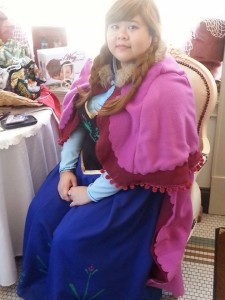 Another thing too, artistic liberties are fun! Make something your own by adding your own little bit to each costume. And finally, my boyfriend Dorian told me this while I was freaking out over colors in a Jo-Anns: texture over fabric. This is important when you’re looking to cosplay from animated things especially. Colors can be difficult to find when you only have a limited amount of places you can look for fabric, and if the color is right but the fabric doesn’t fall or move the way you want it to, sometimes it doesn’t photograph well. So even though that bridal satin is the PERFECT color for Anna’s skirt, the microsuede that’s not exactly the prefect shade of blue will fall much better in photos, and move the way you need a heavy skirt to move when you’re walking.

I kind of went on a tangent there, but the long and the short of it is: don’t give up, have fun, don’t put yourself down, ask for help, and texture over color!

J: It would definitely have to be that people didn’t put down themselves or others around them so much. We’re all adults playing dress up and expressing our love for something, and I really wish that people would be nicer to each other – in real life and on the internet. Constructive criticism is a thing that more people need to use. After all, if you can’t say something nice, don’t say anything at all.

J: I have so many! I’ve met so many close friends through cosplay; I’ve even met both of my significant others through it. In some ways, this hobby saved my life. If I *had* to pick, though, it would be the moment that led me on the path to living in the US and to where I am in life. I was visiting a friend from high school who was attending college in Georgia – she wanted me to visit and go with her and her fiancé to a convention called AWA in Atlanta. I went, and didn’t really have much to wear besides my own clothes, but a person sharing the room with us who was the same size as me offered to let me borrow her Japan costume from Hetalia. I agreed, and we attended the convention with her dressed as Switzerland and me as Japan. Eventually I was dragged into a conversation with people dressed from the same show, and a Germany cosplayer and I sort of fell into the middle of the group. 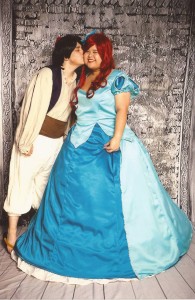 We ended up talking and eventually spent the rest of the convention together. One thing led to another, I spent the night at his house because he lived closer to the airport than my friends from high school, and we kept in contact via skype for the next few months. When the earthquake and tsunami hit Japan and the Fukushima power plant started melting down and expelling radiation towards Tokyo, the US military started offering voluntary evacuations to a safe haven of your choice, and when my dad told me he’d feel better if I weren’t there any more, I took the chance, packed up as much as I could in two suitcases, grabbed my cat, and moved to Georgia to stay with that cosplayer I had met in Atlanta. It’s all history from there, I suppose!

J: I will say one thing – this hobby has brought me to so many like-minded people who are wonderful and selfless – some of the greatest people I’ve ever had the pleasure to meet. While it has its ups and downs and I have seen some terrible things said and done in the name of cosplay, that does not make up the majority of this hobby. What it all comes down to is that it’s such a wonderful and loving community, and although – as with all hobbies – it has its dark side, the pros definitely outweigh the cons. I can’t articulate with enough passion to fully express my love for this hobby and what it’s done to better myself and my life.

That’s a pretty big and brave move for Julia to have made, coming all the way to Atlanta from Japan, don’t you think?

See you in a week for the next installment of our Summer Cosplay Series!