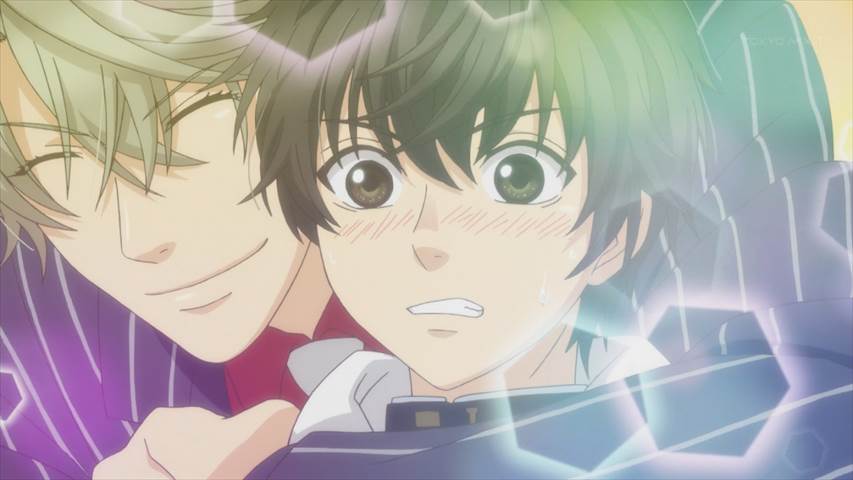 The fourth episode of Super Lovers, ‘Young Grass’, brings us back to Japan and starts a major chapter in the life of the Kaidou brothers.

The time jump in ‘Young Grass’ is super confusing at first.  There’s a four-year time gap between the first two episodes of the show, some consistency between the second and third episodes, and then a year gap between the third and the fourth.  I can only hope this will start to even out soon, because I kind of want to start getting to know these characters better.  What happened to Ren and Haru in Canada?  What about the six months Ren spent attending school in Japan? This seems like a goldmine of beautiful character development that just got glossed over for no apparent reason.

Regardless of the strange time jump, it’s clear that Kaidou family is embarking on a new chapter in their lives.  All four brothers will be moving in together.  I’m assuming that Aki must have at least somewhat grown to accept Ren at this point if he consented to moving in with him, but it’s clear that Ren is still having doubts that the twins will ever truly accept him into their lives.  How we went from Aki outright rejecting Ren to being somewhat conciliatory towards him is another piece of character development I wish I’d been able to see.  Aki still has an attitude, but he’s making an effort whereas before he just wanted Ren to go away.

Ren’s doubts about himself ever blending into the Kaidou family reveals that has a lot of self esteem issues.  Combine that with Haru’s obvious need for affection and companionship and you have a blend of emotional quirks that make them kind of the perfect hurt/comfort duo.  Ren is kind of clueless about how to fend for himself in Japan and Haru is eager to dote upon him.  It’s a perfect match. 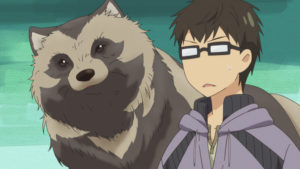 Also, this episode introduced a new dog.  A “raccoon” dog, which is actually just a Pomeranian that lives under a porch.  Can I get a ‘hell yeah’ about the new dog?  The only person that might be happier than myself about this development is Ren.

I hope this was the last major time jump for this show.  It’s difficult having to readjust to new circumstances and fill in the blanks.  Once made sense from a narrative perspective, but twice seems kind of lazy.  We should have explored this year of character development a bit more.  Sure, it would have slowed down the impending romance, but I love myself some slow burn romance anyway so I wouldn’t have minded at all.  Not everyone enjoys that, though.  Some people may want to fast forward to the lovey-dovey romantic parts so I bet that crowd must be pretty thrilled right now.