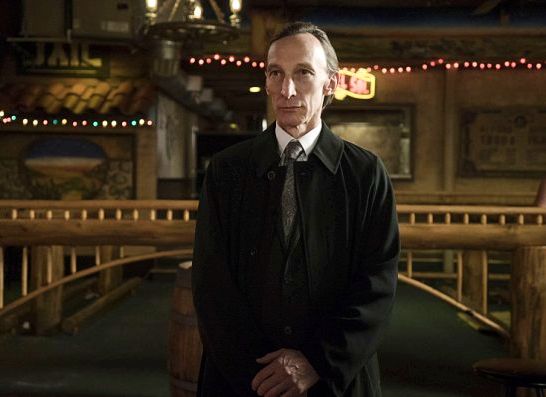 Carry on my wayward sons.  There’ll be peace when you are done. Lay your weary head to rest.  Don’t you cry no more.

The callback to the cover song from the epic 200th episode in place of the usual Kansas tune reminded me of better times, when the season was exciting, different, and made it clear they were listening to their fans.  Then the score shifted to the familiar song and reminded me of all the finales that left me crying, either out of sadness or anger, as I took my first steps into another long summer Hellatus.  The season finales of Supernatural are known for being tear-inducing, dramatic, and full of emotion, so I expected this week to be much of the same.  This finale, though?  It was lackluster to say the least.  I don’t know if I prefer this empty boring reaction or the finales that left me legitimately angry.  If I think about it, the finales that left me angry were almost better because at least I was feeling something.  Right now?  I’ve got a whole lot of nothing.

None of us can deny that the brothers care a great deal about each other, but that love can be displayed in much better ways besides going down paths that get other people hurt, killed, or nearly destroy the entire world.  “Swan Song” was a wonderful example of their love for each other actually doing something amazing for the world they live in.  This finale was much like the time when they made a bad decision instead of locking the gates to Hell or that one time when Lucifer walked free.  This year they killed Death himself, thus removing their chance at isolating Dean and keeping the Darkness from the world.  It’s obvious that we can’t move forward if a Winchester is permanently dead, but this was still a poor decision that led to even more evil unleashed on humanity.  This has happened so many times that I can’t even muster up enough energy to be angry about it.  It’s just a thing that happens.  I guess after a decade of writing, it’s hard to come up with something new. 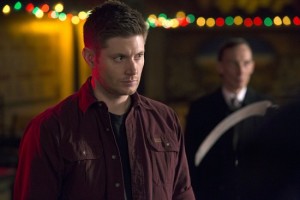 In a way, Dean’s speech about how evil they’ve become and how they’ve poisoned everything around them makes sense.  I don’t think they are truly evil, but they do have a habit of killing everyone around them whether it’s due to carelessness or merely a byproduct of bringing people into the world of hunting.  Hearing him recall the recent deaths from the recent episodes hurt, especially Charlie, but this history of senseless deaths goes back to the beginning of the show.  Death and Supernatural go hand in hand, but people dying permanently while the Winchesters keep chugging along is becoming a recycled plot point that’s run its course.  Jo and Ellen died. Bobby died. Kevin died. Charlie died.  The list goes on.  Here’s an idea; let the Winchesters have the found family that they deserve instead of shoving every last friend in the refrigerator to further their pain?  I know some fans want the show to be nothing but the Winchesters, but I feel it’s better with a strong supporting cast.

This season did do something different, though, when it comes to the utilization of Castiel.  While I definitely miss all of Team Free Will fighting together, especially Dean and Castiel, I’m happy to see Sam and Cas be able to bond in their own unique way.  It’s been a stressful friendship as they’ve spend most of their time trying to save Dean and arguing about the best way to do it, but it was still good to see them be able to relate to one another separately from Dean.  Hopefully next season all of them can be together, though, because I really miss that dynamic and if we’re going to repeat something, can it be something awesome like Team Free Will?  Instead we just get bad mistakes, more evil unleashed on the world due to those bad mistakes, and the brothers’ love for each other being framed as something that is causing them destroy the world.  I want it to be more than that.

Maybe the fandom can rejuvenate my feelings for the show over the summer.  The fandom is what’s kept me coming back season after season.  The fiction, the art, the conventions, meet ups, cosplay, and intense discussions make it worth it.  I hope that when season 11 returns, it blows us out of the water.  Hopefully Rowena will prove to be a season long villain who brings excitement next year.  I’ve enjoyed her immensely, even when the Crowley plot was stale, so she’s giving me hope.