Supernatural 9×01 Review: I Think I’m Gonna Like It Here 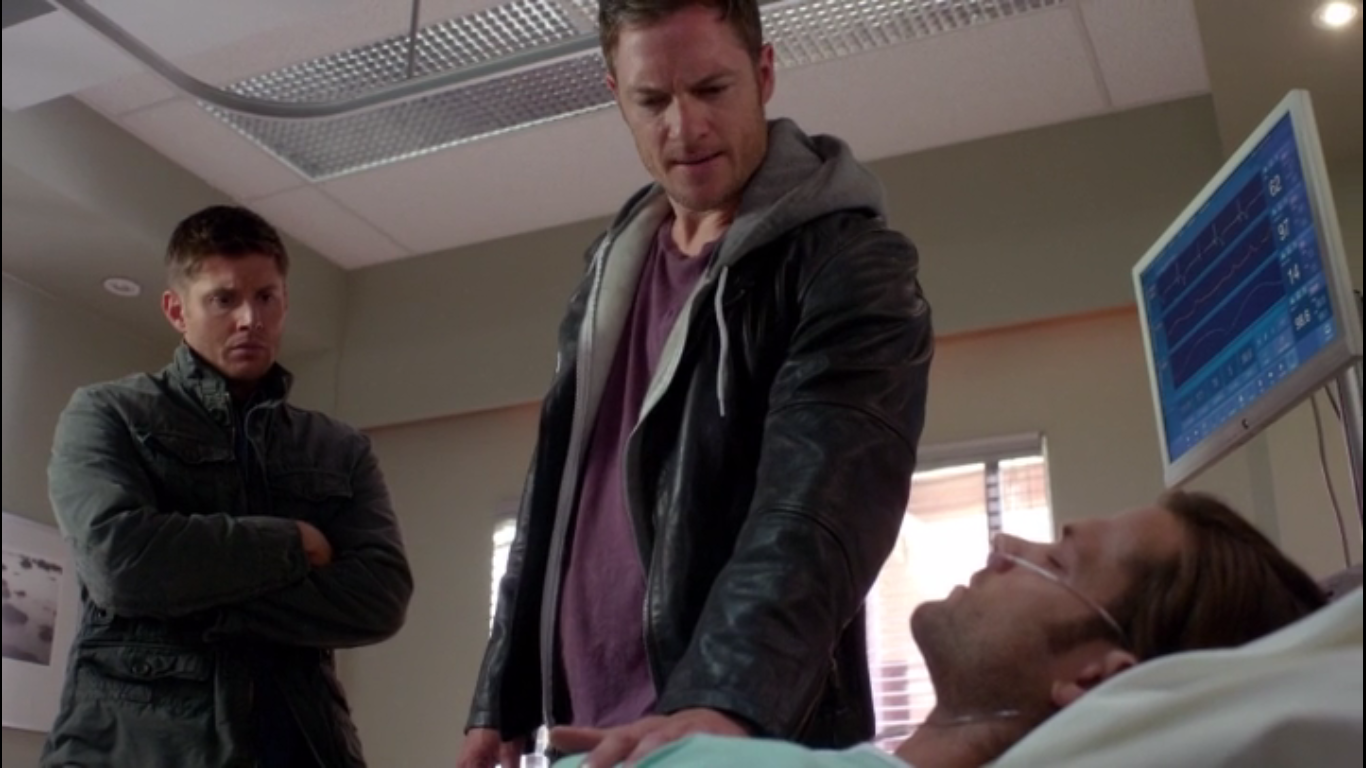 Supernatural is one of those shows that you count down by the second for the premiere to arrive.  No seriously; there’s an app for it. It’s very helpful.  The anticipation for this episode has been monumental and, for the most part, it lived up to the hype.  I had a few small qualms with the episode, mainly regarding the treatment of Hael, but the rest of the episode has me significantly hyped for the rest of season 9.  Bring it on!

Spoilers for episode 9×01 below!

Dean’s desperate.  He needs help for a dying Sam and he’s willing to reach out to the angels to do it, even though angels are dicks.  Mostly. Ezekiel seems like a fine enough fellow (and it’s great to see Tahmoh Penikett on TV again) and I’d hoped he’d stick around.  Now that Ezekiel is inside of Sam, however, I’m not sure how much of Penikett we’re actually going to see.  The vessel has been ditched, but there’s some potential for him to show up in dream form, I suppose.  Having Sam hosting an angel is probably one of the most unexpected plot elements from the premiere.  I’m very excited to see where they take it and what Sam’s reaction will be when (not if, but when) he finds out. 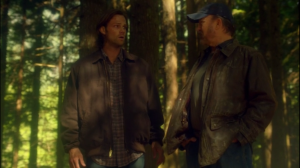 Speaking of Sam, the scenes in his head were a treasure trove of returning characters.  First we got Bobby.  Sort of.  He’s back in the sense that he’s a projection in Sam’s head.  But he’s not really Bobby, is he?  It’s great to see Jim Beaver back on my TV, regardless of context.  We also got Death, which is always a treat.  Bobby is most likely a one off, but who knows with Death?  I’d like to see him come back more this season.  Next season.  Every season.  More Death please?  Always more Death.  But with a capital ‘D’.  Very important distinction.  We have enough death with a lowercase ‘d’ on this show, thank you.

With Castiel’s introductory scene we learn that the angels have no wings.  Castiel seems to have it worse off than most.  While some seem to still have the ability to heal to an extent and connect to people psychically, Castiel is left completely powerless.  He can still tune into Angel Radio (not sure how I feel about having that be the official term, but it seems to be what they’re going with), but he can’t do anything else.  Once again, Castiel gets the short end of the stick, just like the Winchesters.  Nothing can ever go right for our intrepid trio.  Ever. 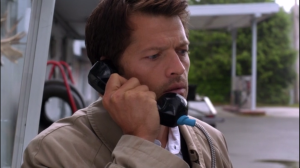 I’m truly going to miss Castiel’s trench coat.  However, having him in street clothes will also open some fabulous wardrobe opportunities.  He’ll finally be able to blend in when he’s hunting with the Winchesters. He won’t be the awkward guy in a suit anymore and that’s pretty exciting.  Could he not have taken the trenchcoat with him, though? Imagine street clothes under the trench coat.  Fabulous, no?  But I guess that’s the trade off we’re being forced to make here.  Let’s keep our heads held high and carry on.

Castiel’s scenes also introduce us to Hael.  Anyone who is antagonistic to our lead characters is automatically somewhat dubious, but I couldn’t help feeling that her death was completely unnecessary and poorly planned.  Sure, she is a threat to Cas and that’s bad.  But I’m also somewhat sympathetic towards her.  She was thrust out of Heaven against her will and crammed into a small vessel that can’t contain her.  For all she knows, her ejection from Heaven is Castiel’s fault (arguably it is, though he was being heavily manipulated by Metatron at the time).  I’d be angry and demanding of a resolution from Castiel, too, if i were in her shoes.  But this is also Supernatural sticking to its tradition of introducing a female character and killing her off in the very same episode.  I was truly disappointed. I did not understand the point of her.

So besides the misstep with Hael, which, let’s face it, is a misstep that Supernatural takes quite frequently, I thought the episode was pretty good.  I’m excited to see where all these divergent plots go, and when the Winchesters will be reunited with Castiel.  Ezekiel’s plot element was completely unexpected and it’s probably the thing I’m most excited to see play out.  I hope they let it play out and don’t cut it short like they have so many other plot elements in the past.  Use this opportunity, Supernatural.  Make it interesting.  Make it worth the epic introduction you gave it.

Previous:Walker Stalker Con: A different kind of convention
Next: Cloudy With a Chance of Meatballs 2: The Foodening