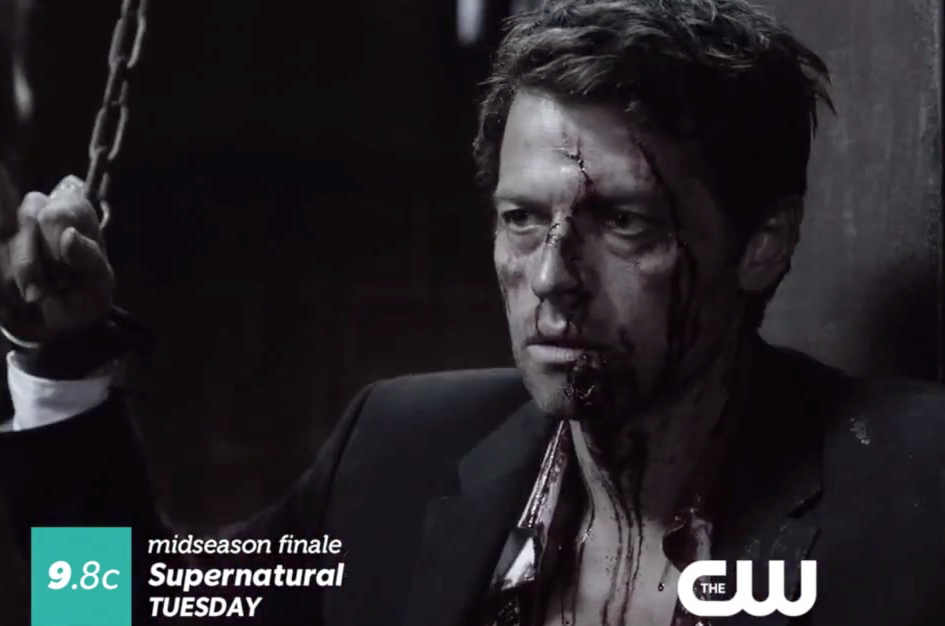 The Supernatural mid season finale was everything we have come to expect.  That is, painful.  But not in just the way we’re used to.

Giving such an important episode to the writing duo of Brad Buckner and Eugenie Ross-Leming, also known for such classics as Route 666 and Man’s Best Friends With Benefits, was a huge misstep in my opinion.  There were many things to be set up going into the second half of the season, and they all felt rushed.  We spent far too much time reminiscing on Cas’ past sexual encounter, and with how problematic it had been any at all was too much.  Too much time was spent on the torture porn and not enough really focusing on the actions and revelations in the episode. 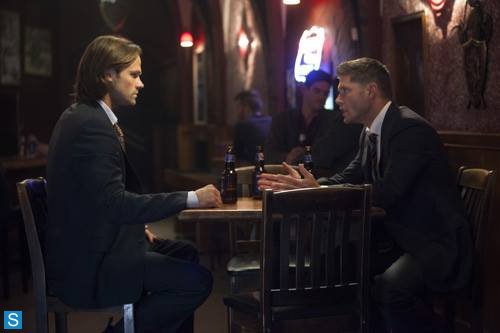 For all that, I am actually excited going into the rest of the season.  We have a set up which, while teased several times in the history of the show, has never really been played out in the way they’ll have to now.  The brothers are well-and-truly separated.  Dean is alone, and Sam is co-opted by the angel Gadreel nee Ezekiel.  Sure, Cas and Dean are going to meet up at some point in the very near future (hopefully there won’t be a time jump and we will actually get to see this happening), but the brothers have never been separated for more than an episode before.  This is something I’ve been wanting to see play out since the end of season 7, when Sam was on Earth and Dean in Purgatory.

We’ve seen Sam and Dean working together, falling out, coming back to form, and repeat ad nauseam since the first season.  We get glimpses, but never in real-time.  I’m excited to actually see it play out when that cycle is broken, and Dean, at least, has to function without his brother by his side.

all images copyright the CW

Previous:Loki and the Language of Sexual Violence in the MCU
Next: Why You Shouldn’t Give Up on Teen Wolf Just Yet