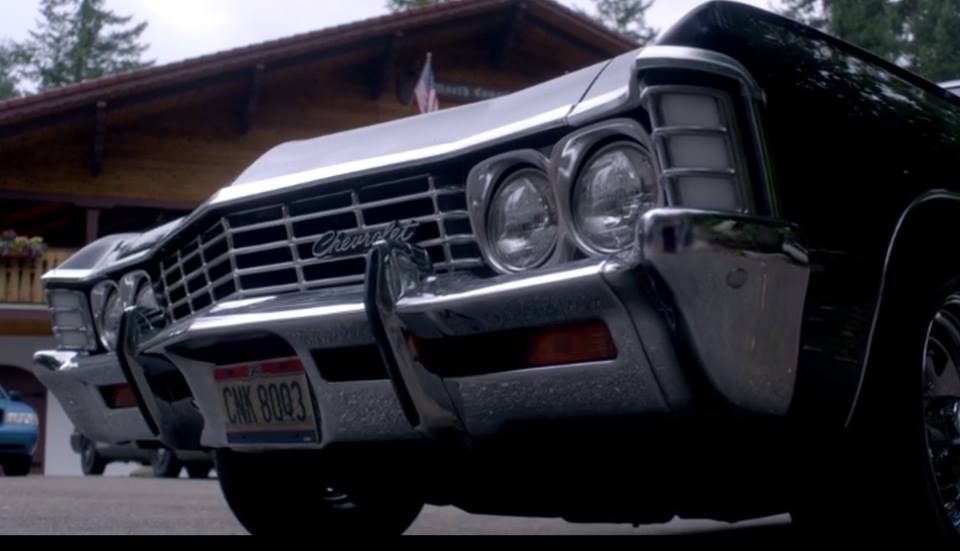 I’d just like to start this off by saying that I didn’t realise how much I missed Jody Mills (Kim Rhodes) until I saw her on screen. This week’s episode is again back to the “monster of the week” (MOW) episode style we had two weeks ago, with a little long term storyline thrown in for fun. Instead of shifters, it’s vampires. They seems to be going back to the classics in order to frame things in the MOW episodes this season. 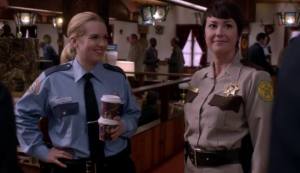 Along with Jody, we also get Donna Hanscum (Brianna Buckmaster) who we last saw in “The Purge” (9×13). He chipper attitude is grating for Jody at first. I’m also going to have to agree that Donna’s ex is definitely a dick. I was kind of hoping he’d be one of the victims, but I guess being eaten by vampires is too good for him. He does get put in his place by Jody (a bit too quickly), but at least he shuts his mouth. I seriously did not want to hear him speak ever again. What an asshat. The writers were really spot on with their character depiction, and Michael Karl Richards was a great Doug.

One moment I really enjoyed is when we first see Sam and Dean siting in the bunker. Oh research, Dean’s least favourite activity. It’s nice to know they haven’t forgotten about the Mark. They seem to have forgotten about Cain, though. It was nice to see things return to normal in regard to the brotherly relationship. It seems to have settled a great deal since “Ask Jeeves”. Their banter and routine appears to have returned to pre-Mark state.

In reference to the Mark (yet again), it’s also worth pointing out the difference in Dean’s attitude towards killing monsters in this MOW episode and the last one I reviewed (“Ask Jeeves”) – vampires and a shifter, respectively. There wasn’t any excessive violence or force with the vampires. They were clean kills and out of self-preservation for himself, as well as Sam, Jody, and Donna. He wasn’t as brutal, and like Dean himself notes (in the obligatory BM scene) that this is the first time he’s felt like himself since he has been “cured” from demon status and that he didn’t feel as if the mark was pushing him. And in comparing both kills, it definitely shows. Funnily enough, I’d consider a machete more graphic than a gun, but I guess whole metas could be written on those two kill scenes and the weapons employed. I’m looking at you, Tumblr.

In returning to the story, I did feel that it was a bit of a throwaway episode. Yes, it was awesome to see Jody and how she’s coping with her new motherhood status. Seeing Donna and her introduction into the not natural world was awesome. I’m glad that she seemed to accept it readily. I do want to point out that the boys seemed to have considerably less screen time this week, while Jody and Donna stood front and centre. I think that Donna provides another strong female voice to the show, albeit it’s few and far between that we tend to get them. This isn’t a criticism per say, just a factual statement. This isn’t a buddy sheriff television show staring Mills and Hanscum, though I’d totally watch the shit out of that. 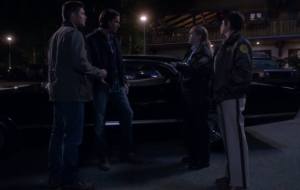 There was also a somewhat parallel between Donna and Dean that seemed to permeate the episode. I am not a meta writer, nor I claim to be one, but there seemed to be certain things that drew my eye: Donna sat behind Dean in the Impala, Donna being the only one besides Dean to kill a vampire, Donna letting people put themselves first in her life (versus Dean actively doing that), and her introduction (versus Dean’s “proper” reintroduction). I don’t know, I might be reaching, but I do feel that there was some parallel storytelling, even though it was a MOW episode.

Ultimately, it was a nice light episode to prepare us for what I am sure will be agony and torment for the fans next week with the midseason finale. I saw the promo and I’m already curled up in a ball crying. It is nice to see the boys back to normal (for now), and a glimpse of familiar faces. I would have liked something less akin to a bottle episode (though there are some avenues that could be formed from what we’ve seen this week), but that seems to be a pattern with Supernatural’s storytelling this season: one episode on / one episode off. Not that there is anything inherently wrong with that, but I just really want to push things forward and see where this season is going to take us.