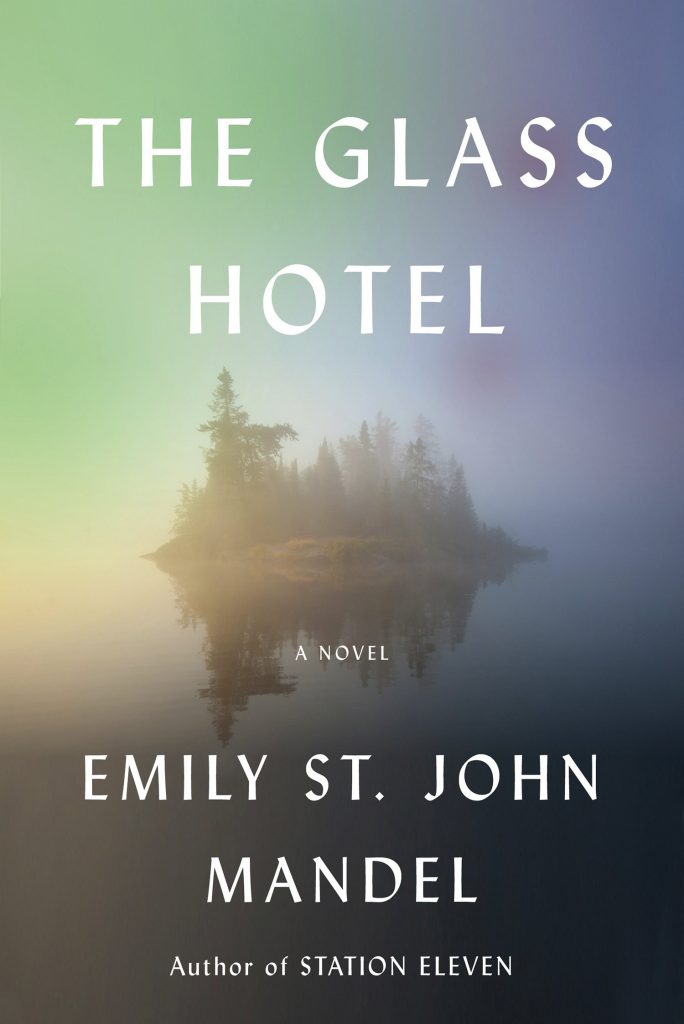 Emily St. John Mandel has done it again with The Glass Hotel, an ethereal, meandering story about a group of people who are all connected – knowingly or unknowingly – as part of a massive Ponzi scheme.

The Glass Hotel opens in near-present day, with Vincent – one of the main characters – falling from a boat. I must confess that I was expecting this book to be more of a mystery. I assumed that it would be all about Vincent, what led to her falling off the boat and what happened after. This is not the case. I tried not to let it color my opinion, as I am a huge fan of Mandel’s Station Eleven and have been very excited about this book since I picked it up at last year’s New York Comic Con.

It did not so much color my opinion as much as it just took me a while to grasp the concept that I was not reading a murder mystery. The book does not suffer at all by not being what I expected; I just have a habit of allowing my preconceptions to affect how I view something once I’ve finished it.

There are some similarities between this book and Station Eleven, mostly in the format – we jump between various points of view – and the way the timeline is structured – nonlinear but still somehow chronological. Mandel also has a way with description, painting a vivid portrait and crafting a seamless narrative that still manages to surprise, even if you expect what’s coming. For example, despite the fact that the summary on the back of the book literally mentions a Ponzi scheme, I was somehow still shocked when that turned out to be the case.

At the heart of the novel is Vincent, a woman who has drifted through life not knowing what she wanted to do only to get tangentially caught up in the events of the novel. The Ponzi scheme and her disappearance are unconnected but not unrelated, and finding out how they weave together made for an interesting read.

That said, this book boasts an impressive cast of characters who are all distinct, fully fleshed-out individuals, even if they only appear briefly. They are otherworldly and at the same time all-too-familiar, people you’ve seen from afar and people you’ve known all your lives. Aside from Vincent, there is her heroin-addicted brother Paul the composer, her business-arrangement husband Jonathan the schemer, and the various victims of his investment fraud. Each one gets a personality, a backstory, and a character arc, and how they connect is very compelling indeed.

The Glass Hotel is a thoughtful, somewhat whimsical look at the way we are all connected as a society, how one person can affect so many lives, and how sometimes people can be blind to the truth either because they need to be or because they choose to be. Oskar, one of Jonathan’s employees in his Ponzi scheme, uses the phrase that one can both know and not know what is going on, and it may be trite but it’s also fairly apt.

The titular hotel functions as both a metaphor and a setting. It’s an actual hotel located on a remote island off the coast of British Columbia – the island on which Vincent grew up, a hotel that Jonathan owns, and where Vincent briefly works as a bartender, which is how the two meet. But it also seems to represent the fragility of human existence, or perhaps a lack of transparency (almost every character has a deep, dark secret to varying degrees). It’s a turning point in multiple character’s lives, but it’s also just a hotel in the wilderness.

This is a book about money, beauty, moral ambiguity, hopelessness, temerity, and – shockingly – ghosts. It’s about the lies we tell ourselves and others. It’s a haunting, tragic, honest look at the things we don’t want to know but still know. It’s about how things aren’t always what they seem, even if they’re very obviously what they seem.

The Glass Hotel by Emily St. John Mandel is published by Knopf Publishing Group and is currently available wherever books are sold.