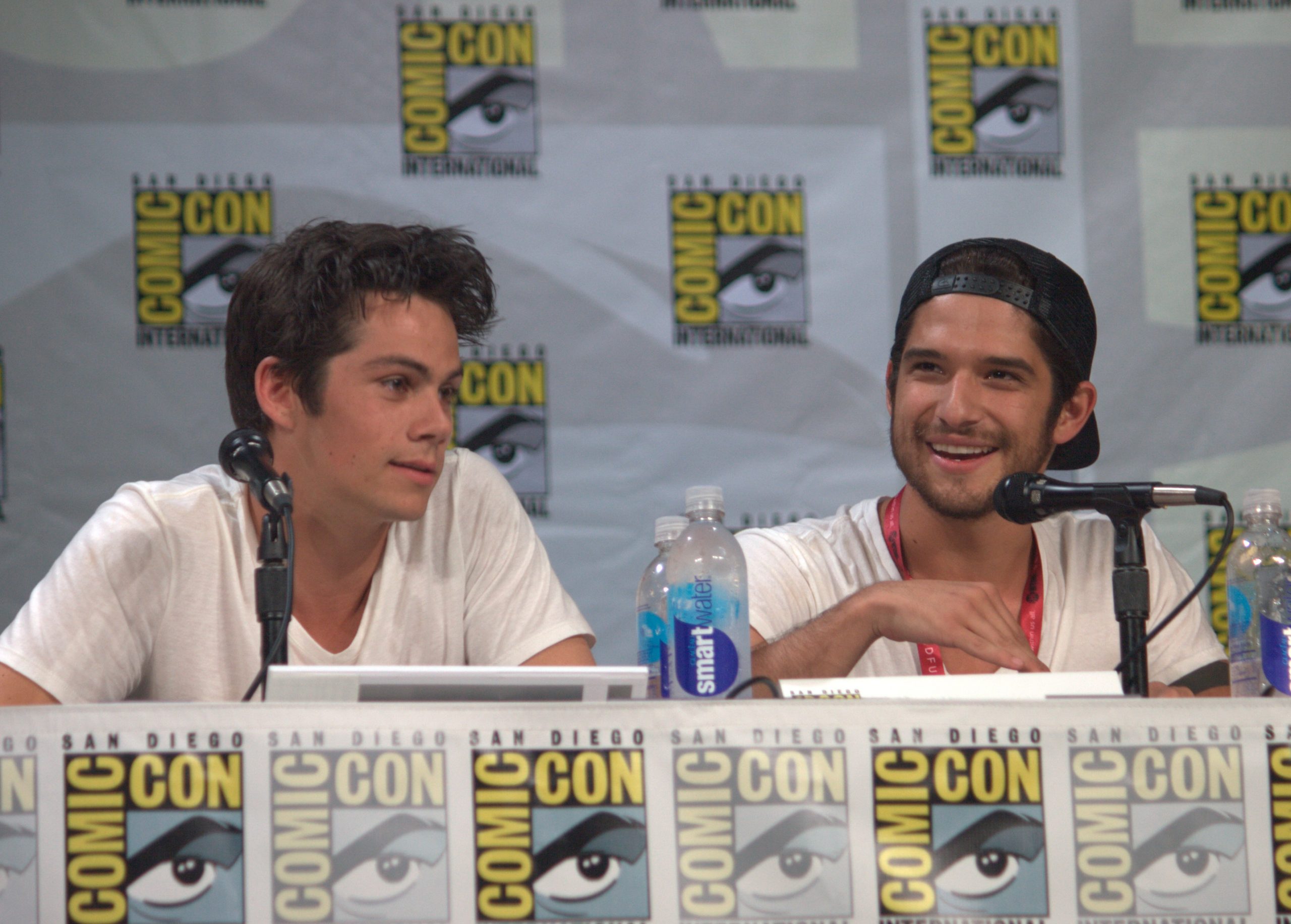 A large portion of the Teen Wolf fandom has been growing increasingly critical of the show lately and many fandom news outlets such as The Daily Dot, Fangirlish, and even us have begun to point out things that have been upsetting to many fans. This is a common occurrence with many popular shows, especially those with large fandoms, so this isn’t exactly a unique situation exclusive to Teen Wolf. What separated this from other shows is the seeming shut out of outlets that wrote critical pieces. There were rumors of intimidation against blogs who choose to publish critical pieces and claims that they’d been asked to remove them by official PR channels. Some outlets seemed to have their press access to the cast and crew cut off out of the blue. After speaking with the Teen Wolf PR team, all of this seems to be a miscommunication. They were more than happy to speak with me and help clear up the issue. The PR team reiterated several times throughout the phone call that that they do not have a policy of contacting websites to take down articles or asking for any sort of censorship at all.  They also stated that the only reason they’d deny access to press conferences was due to limited space at certain venues.

The event that sparked outcry in the fandom is the removal of an article from Fangirlish. We published a critical piece a few weeks ago and were bombarded with tweets warning us that we may get intimidated into removing it like Fangirlish had been. As I had the privilege of meeting the author of the piece in question at San Diego Comic-Con I reached out to her to confirm the rumors. Unfortunately their site policy prevents them from discussing internal matters, which is something we absolutely respect. The only thing that I can confirm is that it was removed and that it was a piece that was critical in both tone and content (someone submitted the article in full here, if you’re curious). Once again, Teen Wolf PR said that this is not something they would do and since Fangirlish is choosing to not elaborate further, we may not ever really understand why it was taken down at all.

Even The Daily Dot has been brought into this with an apparent shut out of Teen Wolf press access. Most of their communication for all press related matters was handled through the Teen Wolf social media team.  The Daily Dot also recently spoke to members of the MTV press team in order to clarify the process for press access. At this point it’s important to clarify that the social media team is not in charge of PR, but strictly in charge of social media. All official PR media contacts can be found on their webpage here. People with questions concerning PR are encouraged to contact them directly and not through the social media team. The PR team also wanted to make it clear that the only time they’ve ever rejected outlets from press rooms is due to space, not over content issues. Events like San Diego Comic-Con can get crowded and there’s a limit to how much press can fit in the room.  Any apparent shut out has less to do with content and more to do with space or working through the wrong PR channels.  I’m sure this will come to a relief to many journalist who can be critical, but still want to attend and report on events.

The Daily Dot recently spoke to members of the MTV press team in order to clarify longstanding confusion on our part about the process through which we request access to the TW production crew and to press events. We do not feel we have ever been deliberately shut out of press access by MTV’s press team, and have resolved this point of confusion to our satisfaction. 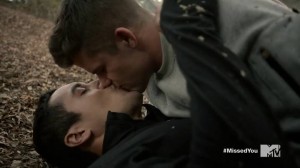 So how did we get involved in this whole debacle? We were recently contacted about a critical piece, which indicated to us that we’d become a blip on Teen Wolf PRs radar. It’s important to mention that we were not contacted by the Teen Wolf PR team directly, but by the author of a piece that seemed to further stance that Teen Wolf is positive for queer representation. The article ’Teen Wolf’ Cast Weighs In On LGBT Inclusion included interviews with many of the main cast members regarding this theme. The article was written for the Advocate, a publication that is highly respected for reporting on LGBTQ+ news. Due to the websites reputation, it was surprising to many fans see a piece like this published without being more critical.One of our Teen Wolf writers, Farid, wrote a counter piece ‘Not Just Posey, The Whole Cast Thinks ‘Teen Wolf’ Is An LGBT Gift.

The author of the piece contacted us personally hoping for a follow up to our critical article. Considering that what happened to Fangirlish was still fresh in our minds, I immediately felt a bit defensive and took this as another possible PR maneuver at curtailing negative articles. Our reaction was hasty as we didn’t want to have another repeat story of what apparently happened with them. Once we started digging, this story took off in an entirely different direction. It evolved into a conversation about fandom journalism, integrity, and relationships with studio PR departments. We had no idea it would spiral this far from the original email, but at least it’s helped uncover some things about how their PR works and their relationship with bloggers.

As the author of the Advocate piece hasn’t responded to us in more than a day, it’s unclear if he’s changed his mind about engaging on the topic, hasn’t had time to respond, or pulled back for other reasons. If he does respond, we will be writing a follow up piece regarding that specific issue. We aren’t sure if the author of the piece had any idea what he was walking into when he posted that article. His defense of his piece seems to most likely have been entirely self initiated and personal, so we’re reserving judgement until he chooses to engage us again. The queer representation on the show is a conversation that is definitely worth having. In this instance, the conversation has propelled itself beyond the original issue and become something else, but the original topic is still something that should be discussed and we hope to continue to engage on this subject.
Farid, the author of the piece that attracted the attention from the Advocate, has his own thoughts on the shift in Teen Wolf PR over the years: 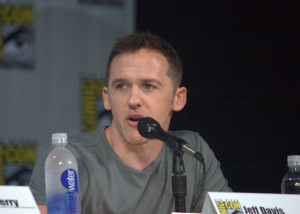 “The fandom noticed how Jeff took over MTV Teen Wolf’s official twitter account and kept tweeting to himself without answering any of the replies. He also didn’t do a Tumblr Q&A session either. It was as if the PR was saying that if you had something bad or critical to say about Teen Wolf you weren’t a loyal pack member and it would be better if you left watching the show.”

Geekiary editor, Undie Girl, had this to say about this recent PR issues surrounding the show:

Personally I have never been officially reprimanded by Teen Wolf PR. The closest I have come was being asked by an editor to dial back the discussion on a particular topic as a show of good faith to Teen Wolf. This isn’t really unheard of and I wasn’t exactly surprised. Honestly I think this has less to do with any PR conspiracy and more to do with the fandom’s general feeling that they’re voices are falling on deaf ears. It’s been almost a year since I wrote a couple of articles about marketing to fandom – particularly Teen Wolf – suggesting that trying to control the conversation doesn’t work because fans just want to feel like they’re being heard (Has Teen Wolf Social Media Lost Its Edge? | Fandom Wants to Be Heard and Orlando Jones is Listening | Baiting The Fandom That Feeds You). It seems that Teen Wolf still isn’t listening.

It’s clear that fandom wants to be heard and all of the confusion over the PR team and their relationship with bloggers complicated matters. We hope that things are a bit more clear now and that the fandom can put some of the rumors to rest. We’ve certainly walked away from this feeling a lot better about PR’s relationship with bloggers. While there’s definitely been some confusion, hearing that they would never ask for a removal of an article or blacklist a critical outlet is music to our ears.  We’ll keep talking about problematic elements of the show, continue going to conventions, and engaging with cast, crew, PR, and fellow journalists just as we always have.  Now we can do so without being afraid of getting a take down request or being denied access and we hope that others feel the same.

Previous:Yaoi Recommendations (Part 4) – Young Romance Anime & Manga
Next: Teen Titans Getting Live-Action Series! One Too Many?