Dark Star Pictures has released the official trailer for the queer film The Accompanist. From writer and director Frederick Keeve, the upcoming movie will be released On Demand come June 2, 2020.

The Accompanist stars Keeve alongside Ricky Palomino, Aaron Cavette, and Juliet Doherty. It has been promoted as a fantasy/drama gay love story that incorporates magical realism. The theme is said to be about using the healing power of art to help reunite as well as celebrate people for who they truly are. The accompanist in this film has the power to shapeshift time with music.

A talented pianist, haunted by his past, searches for redemption when he meets a beautiful dancer at the ballet studio where he plays. When the dancer’s boyfriend sees the attraction between the two men, he wages war to win his lover back.

The upcoming queer movie deals with romance, tragedy, domestic violence, ambition, and more. I have been provided a screener for review. So, I will let you know my opinions soon.

A sequel, titled The Accompanist Awakening: The Web of Power, is awaiting to be filmed.

This movie has been received quite well by critics and has been recognized by numerous awards. 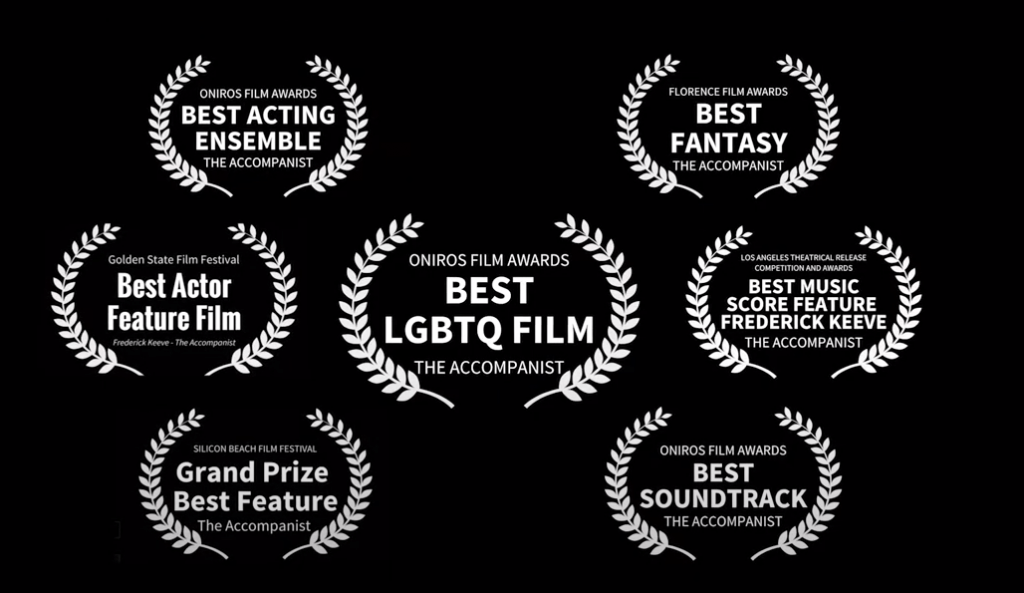 Keeve has completed a Ph.D. in Organizational Psychology. His published dissertation is entitled “A Phenomenological Study of the Experience of Humanist, Spiritual and Transpersonal Films on Positive Organizational Behaviors in the Workplace”.

So, you just know The Accompanist is going to have a lot of layers in its narrative.

Not only does Keeve have experience as a writer and director, but he’s also a musician, music director, accompanist, and composer.

You can get to learn more about him and The Accompanist through a detailed piece written by Film Daily here.

Again, The Accompanist will be available On Demand come June 2, 2020.

Previous:ReedPop Announces BookExpo Online & BookConline 2020
Next: ‘DCeased: Dead Planet’ by Writer Tom Taylor Debuts This June! Magic Will Save Everyone?