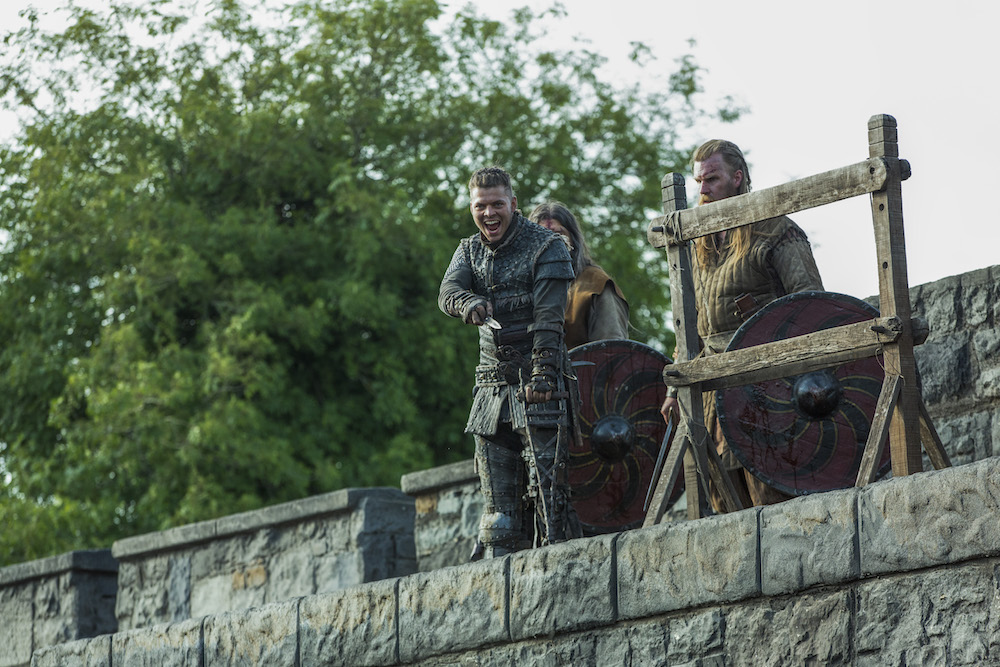 Last week I was pretty sure that Ivar and the rest of the vikings hadn’t simply abandoned York, and sure enough, “The Prisoner” opened with them boiling out of the sewers to attack the Saxons. 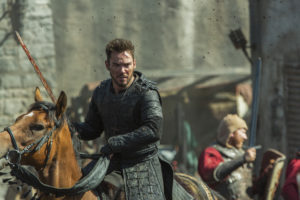 This meant that “The Prisoner” kicked off with a pretty gruesome battle, rife with awful deaths of random characters. As obvious as it was that the vikings hadn’t abandoned York, it was just as clear – if not more so – that the Saxons were pretty screwed. Even when Bishop Heahmund lost his horse and Ivar insisted on giving him a new one (because he’s “too great a warrior to fight on foot”) he was pretty much immediately overwhelmed and dragged off that horse, too.

At this point I knew that it was highly unlikely that Heahmund, who has been touted as the big counter to Ivar this season, would die. I could see that they could go the Ragnar/Athelstan route, but I honestly hoped they wouldn’t…aaand then they did. Cue giant sigh.

No really, not only did Ivar take Heahmund prisoner rather than kill him, but when Hvitserk suggested going back to Kattegat to kill Ubbe and Lagertha so that Ivar could be king, Ivar agreed…aaand then invited Heahmund to come with them so that he could see their way of life. Cue SECOND giant sigh.

The thing is, I loved the Ragnar/Athelstan story, but Ivar is no Ragnar and Heahmund is no Athelstan. I suppose there’s always the chance that Vikings could mold a similar relationship – Ragnar the farmer and Athelstan the monk to Ivar the angry cripple and Heahmund the warrior bishop – but I’m just not sure lightning can (or should) strike twice in the Viking/religious man story department.

As for Ivar becoming king of Kattegut…well, I don’t want Lagertha to die, but she’s not making it easy to love her just now. In fact, Floki returned and Lagertha immediately forbade him from being, well, Floki. I get that she needs the right people to remain in Kattegat to keep it safe, but she is treating an old friend horribly right now, and how did she not assume that forbidding him from trying to convince people to follow him to his ‘land of the gods’ would lead to him being stubborn old Floki and finding a way to do just that? 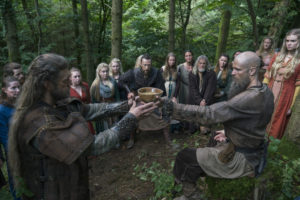 And because Floki is beloved (and even pretty convincing despite his seemingly silly nature), he was able to find people to go with him. They’re now preparing ‘in secrecy’ while he goes to get some boats, and to be honest, I’m torn about the whole thing. Yes, these people should be able to make their own choices, but again, I don’t want Lagertha left in a poorly defended Kattegat to die by Ivar’s hands…or Harald’s, for that matter.

Unfortunately for me, there was no Astrid in this episode, which means I’m still waiting for more information about the story line in which I’m most interested. Instead, the rest of “The Prisoner” focused on Bjorn and crew, who are already in Africa and facing, well, a lot of political intrigue. Euphemius, the Admiral from Sicily who Bjorn and Halfdan were supposed to be guarding, was insisting that he wasn’t the Amir’s enemy – but right from the start his claims that they should just listen to him and ‘take things as they are’ didn’t sound very honest to me. In fact, it sounded too good to be true…and it was. 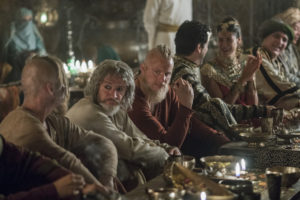 Because whether or not Euphemius was actually trying to double cross the Amir, the Amir believed that was the case…so they arrested him. And then he escaped. But apparently they recaptured him because so far as I could tell, they later cooked him up and served him for dinner. This was definitely one of the most cringe-worthy moments Vikings has ever served up (ha! I made a pun)…and this is a show that has given us more than one blood eagle.

I honestly think they could have ended “The Prisoner” then and there, but instead they decided to try for one hell of a cliffhanger. Sindric, their guide, warned Bjorn and Halfdan that they were in danger from the nun-turned-singer (and who knows what else), Kassia, and should leave. They didn’t leave fast enough, though, and were themselves arrested and immediately sentenced to death. Literally, the episode ends with the executioners swinging their swords…though I think it’s silly to believe that Bjorn Ironside will be killed off at this point. Not because Vikings has ever held back on major character deaths, but because they’ve generally done a really good job of bringing major characters to the end of their arcs before offing them. Thankfully Vikings isn’t taking a Christmas break – there’s an episode next Wednesday, too, and I’ve got my fingers crossed that we won’t have to wait longer than that to see what happens with Bjorn (and Halfdan, I guess…if I’m entirely honest, he IS growing on me).

In conclusion, assuming that Heahmund was the titular prisoner, there wasn’t as much of him actually being in that position as one would have thought. Do you think “The Prisoner” might have referred to another character (or other characters)? Let us know in the comments!

Previous:Magical Girl Lyrical Nanoha Reflection Coming to US Theaters February, 9th 2018!
Next: The Dark Crystal to Debut on 4K Ultra HD and Return to Blu-ray & Digital on March 6, 2018!