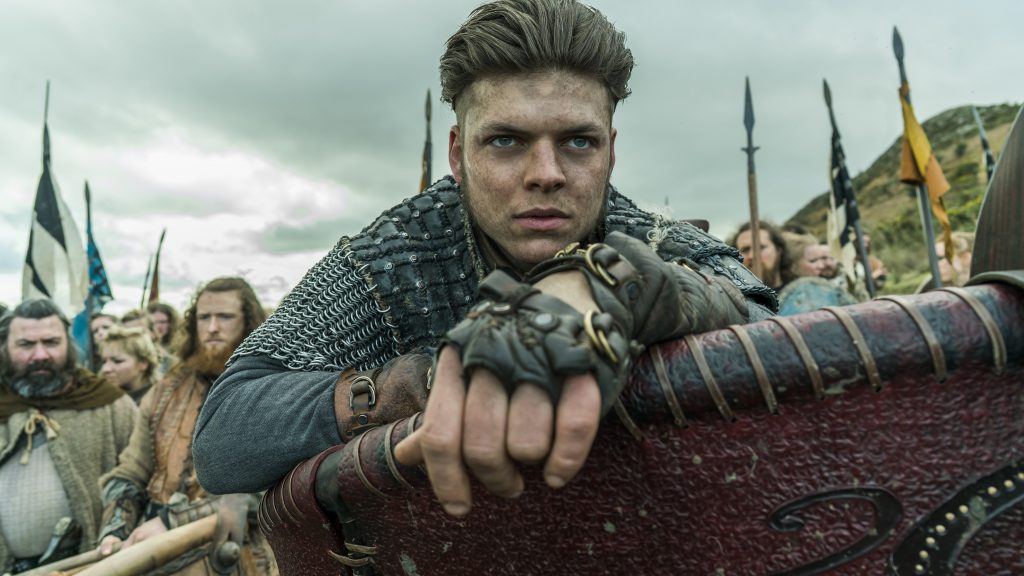 History Channel’s Vikings has always been a show that takes chances, and last season was no exception – in fact, they took things farther than they ever had before, and much of what happened featured Ragnar’s youngest, crippled son Ivar, played by Alex Hogh Andersen.

WARNING: This interview with Alex Hogh Andersen includes spoilers for the fourth season of Vikings as well as some spoiler-y hints for the upcoming fifth season.

With the two-hour season five premiere looming before us, I was excited for the opportunity to participate in a press conference call with Alex Hogh Andersen, who clearly enjoys being a part of Vikings and is obviously excited about Ivar’s growing role in the story. Considering that Alex auditioned for another character at first, he is grateful for the opportunity he was given and explained that while it’s tough to have such a limited range of motion as “Ivar the Boneless”, he is a fan of less is more, and it’s great to be able to act with his eyes rather than his entire body – the role has been quite a learning experience for him. 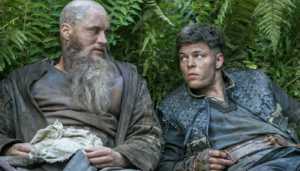 Ivar himself is still learning, too – Alex Hogh Andersen admitted that while Ivar may not have changed very much going into season 5, being part of the Great Heathen Army helped him mature some. “In the beginning of season 4, I would describe him as a boy, but I think he’s now becoming a young man,” Alex stated. Apparently a lot of things happen in season 5, and while Ivar was up for the challenge of leading the Army, doing so does take a toll on him. It sounds like he is going to make some mistakes, but apparently he will learn from them.

And speaking of mistakes, Ivar made a huge one at the end of last season when he lost control and killed his brother Sigurd. While Alex believes that Ivar feels some genuine remorse for what he did, he admits that Ivar apologizing to his brothers might still be an attempt to manipulate them. “…do they still love each other?” he asked. “Is that bridge burnt? …I think it’s our greatest goal as actors to always keep the audience guessing.”

Unfortunately, despite Ragnar’s advice that Ivar needs to use his anger intelligently, what happened with Sigurd showed that Ivar wasn’t there yet. But is he capable of doing so at all? Alex Høgh Andersen thinks so:

Yeah. I think he’s capable of doing that but as you probably know, in season 4 [when he killed Sigurd] he lost control of himself. He let his emotion take over…I think he understands that that’s his massive weakness, that he’s too driven sometimes by his emotions, that they can take over and make him lose control…he [realizes] that he lost control and that he let everyone see…his weakness that he really struggles with. And I think you’ll see him trying very hard to…control his emotions throughout [season 5].

But Alex insisted that Ivar’s attempts to control his emotions doesn’t mean that he’s no longer going to be vulnerable:

He will always be vulnerable. He will always be three-dimensional. That is my main goal as an actor. I can never ever judge him. I can do my very best to make people understand him. The last thing we want is a one-dimensional character. Michael Hirst wrote this character so brilliantly that we can’t do that to him…He’s quick and he’s smart. He’s intelligent and manipulative…most of it is an act. He’s so controlled on the outside and that’s how people are when they’re very broken on the inside and don’t want to show people. So he will always be vulnerable, and I’ll always do my best to show that.

Alex Hogh Andersen’s comments about Ivar’s vulnerability ties into what I wanted to explore a bit more – that being, Ivar is an interesting character because he’s ambitious and motivated to succeed in a system that doesn’t really respect or honor differently abled people, yet despite Ivar’s handicaps and flaws, he has seen a lot of success. I wanted to know why Alex thought Ivar has seen so much success and whether he thinks Ivar will continue to succeed.

I think part of it is because he’s brilliant. He’s so smart. He’s so intelligent. And people know that he has his flaws and he knows that he has his flaws. But when he shows up on the day of…battle, where everybody’s lives are at stake, he’s the one organizing the whole thing…And I think actions speak louder than words and some of his actions are good and some of his actions are so very very bad. But I think you also have to remember that in the Viking Era…death is a way bigger part of life than it’s today. It’s way more acceptable. Vikings grew up only thinking about death and how to die so they can get into Valhalla…all they care about at the end of the day is winning the next battle. Or dying in a tremendous, beautiful Viking way. I think…the troops of the Great Heathen Army understand that Ivar is probably the one that’ll get them there in the best way.

And I think that he understands that. He’s very very confident. And especially after what happened in Season 4…winning the battle against the Saxons…he becomes more and more confident and rightfully so, and that makes him very very dangerous.

Granted, Ragnar was dangerous in his own ways as well, but Ivar is definitely much more of an anti-hero than his father, which led to another of the conference participants wondering whether it’s even possible for Ivar be sympathetic or likeable. Because Alex enjoys challenging the audience, making them think about whether or not they like Ivar, he also enjoys the struggle of making people feel sympathetic toward the character. One of the ways he and Michael Hirst try to do so is by having scenes during which the audience sees Ivar not in control, not acting, not manipulating people. These scenes along with any of those in which you see him crawl – because his crawling is a constant reminder of what he’s been through and what he’s dealing with – serve as reminders that no matter how much of a “control maniac” he is on the outside, “on the inside he’s a poor boy”. 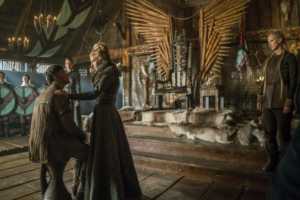 Unfortunately for them, some characters on Vikings surely see Ivar as nothing more than a poor crippled boy, and my personal fave Lagertha is probably one of them. NerdRep asked if we would see a bit of a power struggle between Lagertha and Ivar in season 5, to which Alex responded,

Oh, definitely! It’s great because Lagertha may be the complete opposite of Ivar. She’s such a great, perfect, and humane character, and it’s great to see those two characters clash together. He’s this wild and crazy guy who’s so determined and probably only thinks about himself, against this power woman who’s all about the people. It’s great to see those two characters clash. And yeah, there’s going to be a massive power struggle…This whole civil war,…it’s going to be very, very intense. It’s vikings fighting vikings.

I remember when we shot this stuff, when we read the script, read how this whole thing was going, we started to realize there was going to be a civil war. The biggest talk was about how the audience was going to take this because nobody really wants to see vikings fighting against vikings. They want to see vikings against Saxons or whoever, right? I think it’s very interesting and I’m excited to see how the audience is going to take this. We did our best and I have a great feeling about it. The stuff that we shot looks amazing and this season, in particular, is probably the biggest we’ve ever done.

Not that Lagertha is Ivar’s only enemy – Jonathan Rhys Meyers’ character, Bishop Heahmund, is also being introduced as an adversary to Ivar, and according to Alex Hogh Andersen, the two characters very much understand each other. This should be great for Ivar because if he “didn’t have someone who was similar to him…[it would be] too much of a walk in the park” for him, and that “the dynamic between these two strong characters is going to be very interesting”. 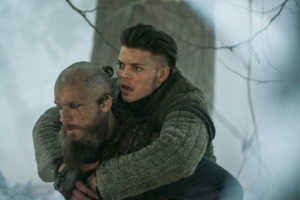 Ivar also has some very interesting relationships with two characters who have been around for a while – namely his older brother Ubbe, and of course Floki as well. Alex and Jordan Patrick Smith, who plays Ubbe, apparently agreed from the start that Ubbe is the concerned older brother who is taking care of his little brothers, especially Ivar. But Alex also thinks that “Ubbe feels very betrayed…he feels he failed in terms of helping, upbringing, this kid and not creating a monster out of him…seeing him become one…really hurts him and I don’t think he can ever settle down with that. I think he feels very disappointed in himself and in Ivar.” Meanwhile, Floki “has always been…Ivar’s only friend”, and in season 5 Ivar will need that support from, and friend in, Floki. Unfortunately, it doesn’t seem like those needs will be fulfilled…but I’m trying to keep this article spoiler-light, so I don’t want to say much more than that.

The season 5 premiere of History Channel’s Vikings airs at 9 PM ET on Wednesday November 29th, and it’s the first season that doesn’t feature Travis Fimmel as Ragnar Lothbrock…but I believe that characters like Ivar (and of course Lagertha!) can and will carry this show for quite some time.