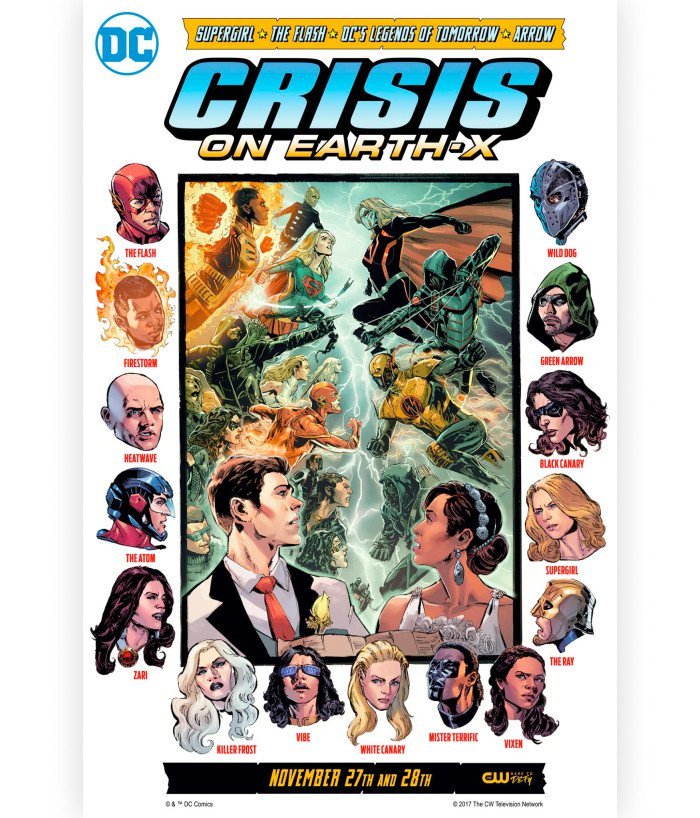 As the time for this year’s The CW superhero crossover draws near, the official synopsis of ‘Crisis on Earth-X’ has been released. Let’s find out about the threat that brings our heroes together for the second time!

The CW has opted to release a longer synopsis for the event instead of individual ones for each series involved in ‘Crisis on Earth-X.’ The upcoming four-part event will see the cast from Arrow, The Flash, Supergirl, and DC’s Legends of Tomorrow working together to save the different realities.

So, according to the released synopsis, a group of villains (think Nazi-esque) from another dimension attack our heroes during Barry and Iris’ wedding. The upcoming event will show Wentworth Miller playing Citizen Cold (the heroic version of Captain Cold). Wentworth recently announced his exit from the Arrowverse.

We’ll also get to see the live-action debut of The Ray, a gay superhero who’ll be played by out actor Russell Tovey.

To get an idea of the characters you’ll probably end up seeing in ‘Crisis on Earth-X,’ check out this animated clip!

The four-part event will air across two nights on The CW. It’ll begin on Monday, November 27, 2017, with Supergirl and Arrow. The event will conclude on Tuesday, November 28, 2017, on The Flash and DC’s Legends of Tomorrow.

Did you enjoy the ‘Invasion!’ crossover? What are your thoughts about ‘Crisis on Earth-X’? Let us know.