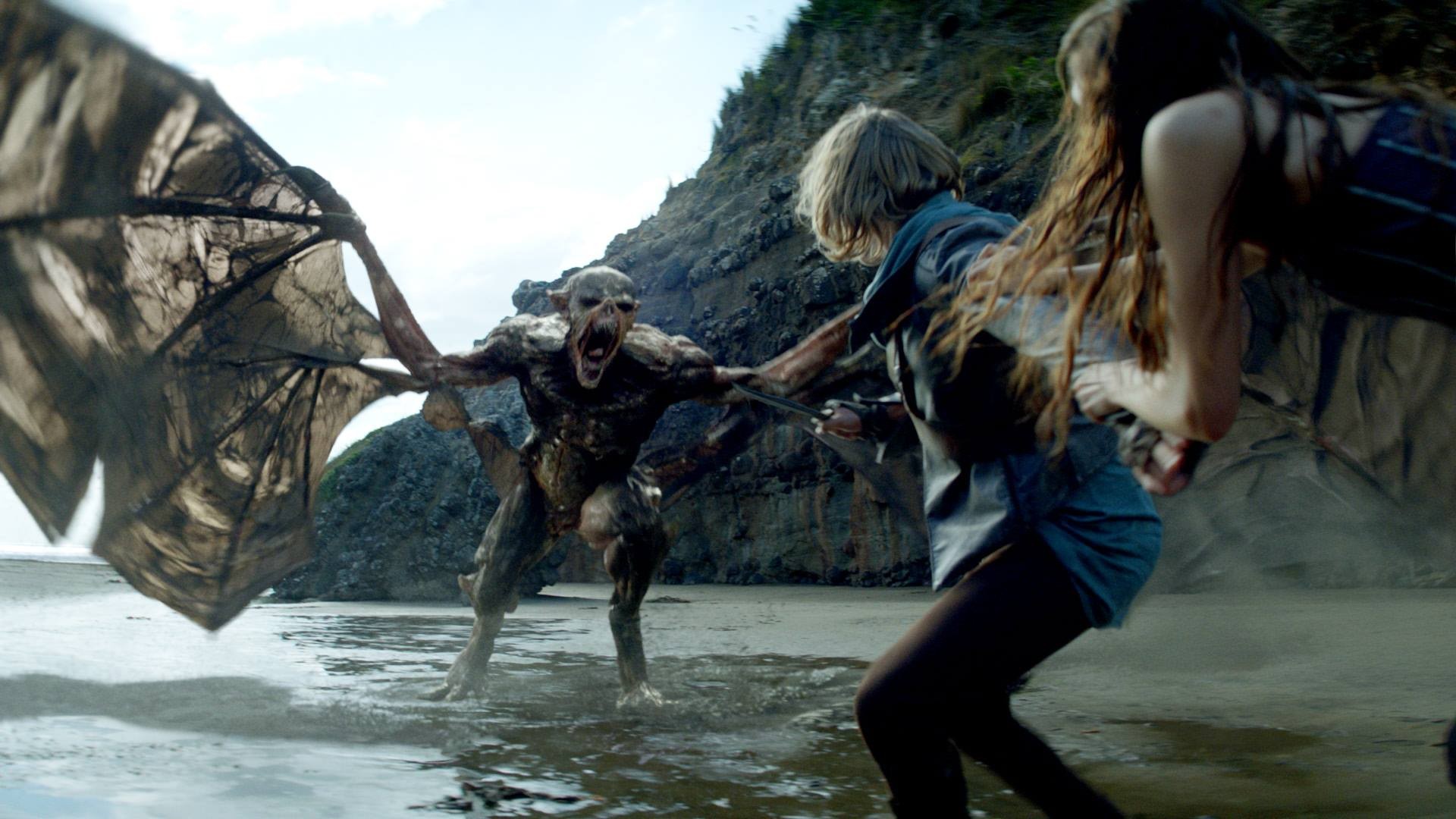 This episode of The Shannara Chronicles picks up exactly where “Chosen” left off, with a Fury heading straight for Wil and Amberle.

They are saved by Allanon, wielding a sword and being a general badass. There is little time to grieve for Amberle’s aunt (and Allanon’s ex-lover?), as they’re on a bit of a time crunch, but we do, however, have the time to stop and cry a little over the death of Loren and the rest of the Chosen. While Amberle and Wil are having a heart-to-heart, Allanon is busy bleeding to death. Wil isn’t skilled enough to sew up the wound, and reasons that only mud from the Silver River will heal him.

I was skeptical when Manu Bennett was cast as Allanon, but that’s most likely because I read these books soon after having read The Hobbit, so in my head I imagined someone more like Gandalf. Even when sketches in the books themselves revealed that Allanon was younger and gruffer than I thought, I still stuck to the picture in my head, which is why I initially balked at Manu Bennett’s casting. Now, though, having seen him in action, his voice and demeanor are pretty much perfect for the character. I feel that he does an admirable job of bringing the Druid to life.

A little nitpick that really isn’t that important but bothered me nonetheless: the Silver River is nowhere near Westland. It’s actually way on the other side of the world. It’s not important because, in the book, this is what happened: Allanon gets attacked and is healed by the magic of the King of the Silver River. It’s just that in the book, it happened near the actual Silver River, and since the show decided to have Wil on his way to Storlock instead of actually at Storlock, they had to switch around the geography a bit. This may affect future seasons, because the Silver River features in pretty much every book in the Shannara series, but I guess we’ll just have to wait and see. Get through this season first, then see how they deal with it. 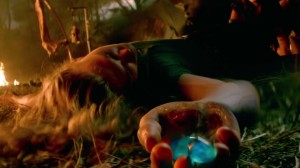 Against Allanon’s wishes, Amberle and Wil head to the Silver River, where they are ambushed by Eretria and taken prisoner. She brings them to the Rover camp to meet with Cephelo; Cephelo offers Wil the chance to join the Rovers, but what he really wants is for Wil to teach him to unlock the magic of the Elfstones. Amberle tries to escape by taking a blade to Eretria, but in the ensuing scuffle, a second Fury – having tracked the two of them from Wing Hove – attacks the camp. Wil manages to use the Elfstones to destroy it, but the magic takes a toll on him.

The Rover camp managed to be both not at all what expected and exactly what I thought it would be. To be honest, I expected a little more color, but that’s probably because when I pictured the Rovers, I pictured stereotypical images of the Romani people. I pictured wagons and bright colors and basically Esmeralda from The Hunchback of Notre Dame. This version, however, is way more realistic with the world and much easier to believe. We didn’t see enough of the camp, or the other Rovers, to get a real sense of their way of life. Hopefully we’ll get to see more of them in upcoming episodes.

Eretria and Amberle’s interactions are compelling; both ladies are different than their book counterparts, and I’m not yet sure if that’s a good thing or a bad thing. However, I am enjoying the way they play off each other. I especially appreciated that Amberle saved Eretria without a thought, despite everything that has happened between them. But the attack on the Rover camp occurs far too early in the story; Wil’s struggle with the ability to use the Elfstones is an important part of his character, and the fact that he unlocks the magic so early removes one the central inner conflicts of the story. Allanon’s explanation that what happened is because Wil still sees himself one way and the Stones know him to be different makes it seem as though the Stones are sentient; the Stones reacting in Wil’s palm before he had the opportunity to even attempt to use them also makes it seem that way. I’m not sure how I feel about that; too much of the magic in this show relies far too little on the actions of the characters.

On their way back to Arborlon, they stumble across what appears to be a Demon attack. Two bloodied bodies are strung up on a line outside of a house, which seems a little too methodical to be a Demon attack, but what else can we presume at this point in time? The sight makes hoping-to-be-a-healer Wil sick to his stomach, and when he goes off to be sick, he and Amberle discover Bandon, the son of the murdered couple. He alleges that his parents locked him up in the basement – judging by his behavior later in the episode, they may have been frightened of his prophetic visions, but we don’t yet know enough to say for certain.

Bandon is a character created solely for the television show, so it will be interesting to see what he brings to the story and what role he has to play in things to come. So far, he has had a vision of a badly wounded, possibly dead Amberle and persuaded Wil to stay with Amberle and not head off to Storlock. The jury is still out on him; given the circumstances in which they found him, it’s reasonable to assume that there is more to him than meets the eye. 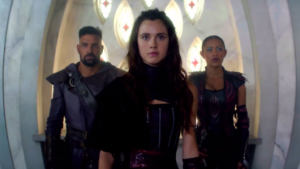 Upon returning to Arborlon, Amberle is taken before the Elven council, where she must plead her case. She abandoned her sacred duties to the Ellcrys, and this is obviously a very serious thing. The council is unwilling to listen to Allanon’s declaration about Demons, but when Amberle corroborates his story – and informs the king of the death of Pyria – they start to pay attention. However, Amberle must present herself to the Ellcrys in order to receive the seed, but only if the Ellcrys deems her worthy. The episode ends with Amberle entering a door in the sanctuary that the Ellcrys has opened.

I’m still a little bothered by the dialogue, and I think this affects the acting. Manu Bennett and John Rhys-Davies, and to a lesser extent Poppy Drayton, are the only ones who seem to realize they’re in a fantasy show. Austin Butler acts like he’s on the latest teen drama. The effect is slightly jarring. I’m still enjoying seeing the story come to life on screen, but this is going to niggle at the back of my brain throughout the season.