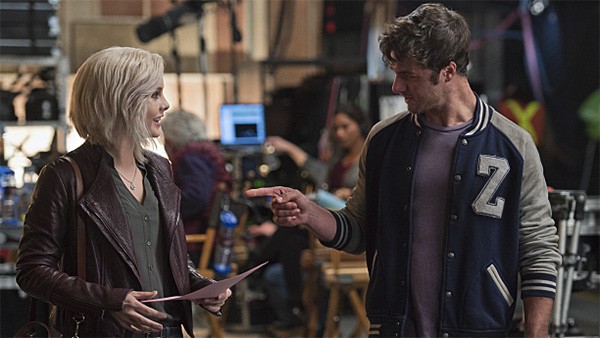 “Method Head” was such a weird episode. There were definitely some bright spots, but for the most part, this episode fell flat for me, particularly being the mid-season premiere. As usual, though, the episode ended on a high note with some tension left for the next episode.

First of all, I hated the way the episode opened with the Christmas and New Year’s flashbacks. Clearly the show had filmed a holiday episode, but it got cut and they wanted to use portions of it. It didn’t make any sense. Just as I am trying to get Christmas carols out of my head, this show creeps up and get them firmly planted once again. Did we even get resolution on the Santa murder? It just seemed like a completely unnecessary story except to show the passing of time, which frankly they could have done any way that they wanted.

A bright spot, however, was Ravi relaying the news about New Hope. Thank goodness for not dragging out the reveal, and a super nice touch that Ravi told Liv and Major at the same time. Sometimes this show is terrible about reveals (see Clive still not knowing about zombies), but then they go and do this which was perfect. And then he told Blaine right away, too! I really am a fan of full disclosure on this show, particularly among the main cast. I just hope that we have a timeline soon of when Major and Blaine may revert so that we don’t have to watch them live in angsty anxiety for the rest of the season. I also liked that despite this news, Liv and Major are still broken up and there is no evidence of a 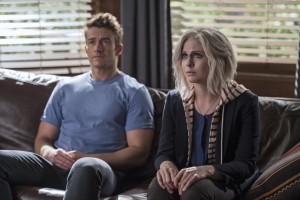 Another bright spot in this episode was the background plot for the Brain-of-the-Week. I didn’t particularly like the victim’s story or the reveal of the murder, but the fact that it took place on the set of a zombie television show was awesome! And the fact that Liv was  huge fan was also a lot of fun. Even though Clive was pretty frosty toward Liv in the beginning, it was a nice touch for him to agree to let Liv join him on the case because she is a huge fan of the show. OK, Clive, that’s the reason. We all know that they have a great friendship that cannot be so easily broken. But really, after Clive’s speech to Liv in the mid-season finale about how reckless she is, they seemed to kiss and make up pretty hastily.

Even though I found the pacing to be off a bit, I liked some small moments in the episode, like when we saw Liv get a vision, but we were not able to see her vision. It was nice to get a different perspective about the visions for a change. I also liked that Liv was such a fangirl of Zombie High. We know that Liv has a bit of an obsessive personality, so it was great to see that come to life–and have Ravi share that with her. It’s one of the characteristics that make Liv and Ravi so great together. And of course Clive was so excited about craft services. I love it!

I love that Bozzio is a smart detective and actually figured out that Blaine is behind the disappearances. I am hoping that this revelation ends well for her and does not contribute to a demise. I like Dale! But seriously Blaine’s story needs to pick up a bit because I am getting super bored. Major’s story did pick up a bit of steam this week, but mostly because he finally decided to take action and spy on Vaughn. Let’s hope that helps push the Max Rager story.

Overall, the episode was fun, but I expected more from the mid-season premiere. Seeing Rose McIver act like she is on a method actor’s brains was kind of awesome, and the setting of a zombie television show were definitely bright spots, but the rest kind of felt like a mess. I was hoping to get more story, and although we got a lot of character interactions (which I love!) I was really hoping for some forward movement on the plots.