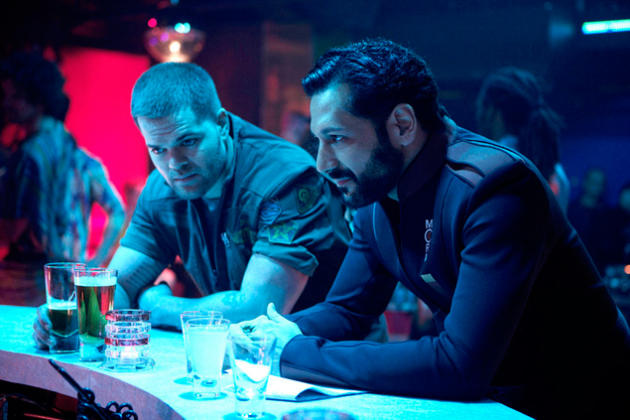 Another solid episode of The Expanse this week. I do sometimes feel like I am at a disadvantage for not having read the books, but we actually got a lot of answers in “Rock Bottom” so I feel a little better about my knowledge of what is going on. I still find some aspects of the story completely random (like the abandoned mine and Uncle Mateo storyline) and I know it probably has some significance to the overall plot, but I have no idea what it is at this point. I am enjoying the ride, though, and hoping we will get most of our questions answered along the way.

For some reason, Alex giving up control of the Roci to Tycho Station was a little heartbreaking. However, I am loving Fred Johnson. Chad L. Coleman is perfect for the non-emotional but direct portrayal of the Butcher. “Rock Bottom” came with lots of confirmation and coming clean. We found out that OPA sent the Scopuli ship, and that Johnson received some intelligence back that he needs investigated. Luckily the Roci crew is on it. Also, Holden came clean to the rest of the crew that he is the one that answered the distress call way back in the pilot. Unfortunately, it did not go well with Amos and Alex. Luckily, Naomi sided with Holden and said he did the right thing. I think we can all agree with that, even though it kind of is Holden’s fault that they are in this mess.

Speaking of Naomi, she is amazing. She seems to really be the one in charge, but I like that the Roci crew is so small, because I like all of them and they all have awesome leadership qualities. But the real star of the episode: Amos and Alex. Seriously, bromance alert! I liked getting to see a softer side of Amos and learning more about Alex. And Naomi and Holden getting drunk together was also fun. Basically, I think the crew of the Roci should just get drunk and then we can watch them float along in space. That’s a show I can get behind. And who knew that Amos was such an artist? The chemistry of the crew is really starting to mesh, and I am completely intrigued with each character. They are so layered, and the cast is completely selling it.

Although the acting on the Roci and on Tycho Station is top-notch, let’s not downplay what is happening on Ceres. Wit 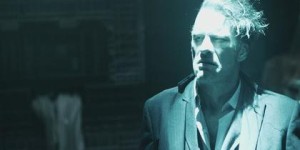 h Dawes, we got to see another layer of OPA and why it is necessary that they exist. Basically, life in the Belt is hard, and it is painful — not just emotionally, but physically. Being in Zero G for so long has some serious effects, and the OPA just wants to fight for the betterment of all Belters. That fight is what brought Julie Mao to the OPA, and she is what is turning Miller onto the whole political aspect of what is happening. Although Miller is starting to become obsessed with Julie Mao, and it is detrimental to his safety, he (at this point) can see the bigger picture and the importance to keep moving forward. He even found out enough information that he discovered that someone on Phoebe Station is hiding intelligence regarding a biological weapon, and concealing that find is what is causing the impending war.

I am really starting to get intrigued with the political aspect of this show. Even though we did not get much action on Earth this week, we saw just enough Chrisjen to question her (and Earth’s) motives. It is clear that Earthers will do whatever it takes to get the intelligence they need regardless of the consequences. It is so unique to have such a powerful female character in a role like this, and I am actually even enjoying the small doses (I think this could go caricature real fast, but they are being careful).

“Rock Bottom” gave us a lot of forward movement in the plot and some great acting by the main and supporting cast. Although I am sometimes confused with the seemingly random stories, I always end the episode knowing more than I did at the beginning which is extremely satisfying. Also, I am totally on the edge of my seat waiting to find out what this weapon is. And to see our Roci crew do some drunken debauchery (one can only wish).