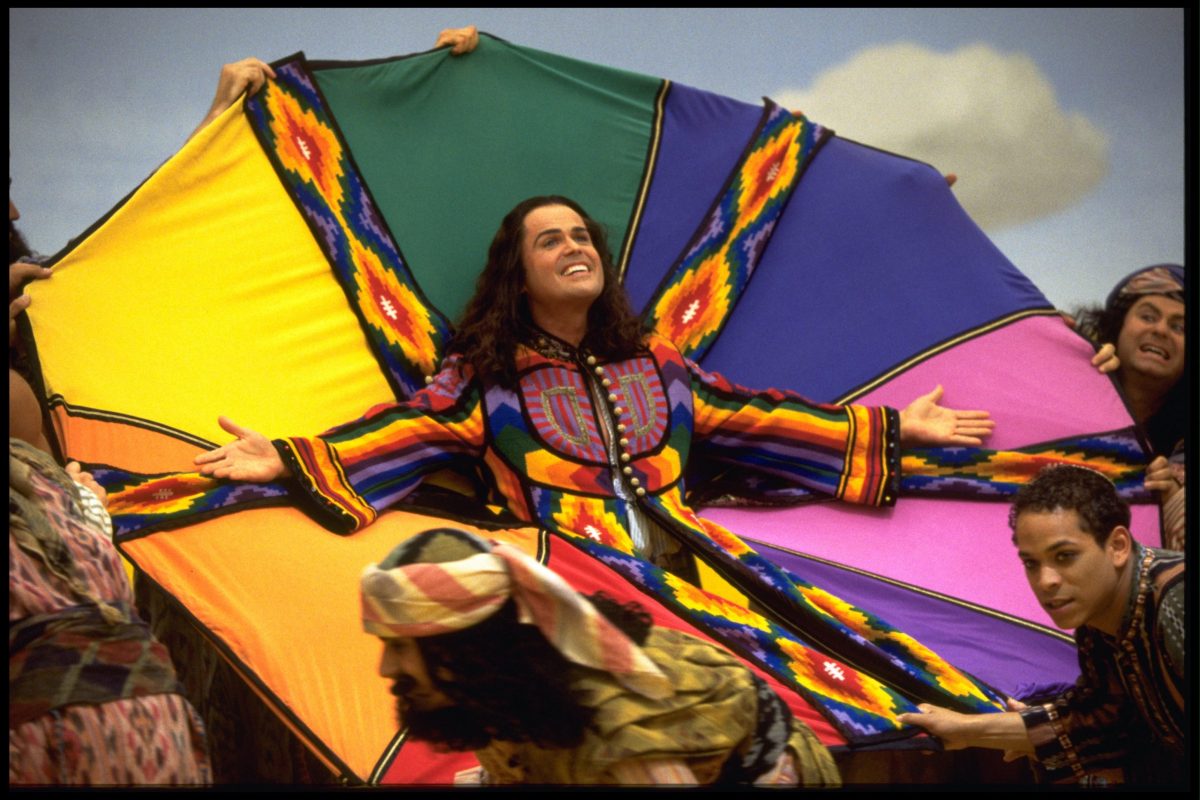 The show must go on! Sadly, in this time of global crisis, theaters have shuttered and productions have gone dark. But The Shows Must Go On YouTube channel will allow you to experience Andrew Lloyd Webber musicals online for free!

Launching tomorrow, April 3, The Shows Must Go On will show one of Lloyd Webber’s smash-hit musicals once a week. That’s the full musical in all its glory, not just a few clips! Each musical will be made available for free for 48 hours (absolutely no charge, and no signing up necessary), starting with Joseph and the Amazing Technicolor Dreamcoat, which launches at 11:00am PT/2:00pm ET.

Joseph and the Amazing Technicolor Dreamcoat is based on the Biblical story of Joseph, son of Jacob, who is sold into slavery by his brothers and earns his freedom by interpreting the Pharaoh’s dreams. The version that will be shown is the 1999 direct-to-video film adaptation, which starred Donny Osmond, Maria Friedman, Richard Attenborough and Joan Collins. The original Broadway run was nominated for six Tony Awards.

The next musical to drop on Friday, April 10, will be the 2012 arena tour of Jesus Christ Superstar, starring Tim Minchin, Melanie C and Chris Moyles. (An apt choice for Easter weekend!)

Further productions will be announced. (Maybe Cats? We could do another livestream!)

In addition to the musicals themselves, the channel will post clips of famous performances and behind-the-scenes footage for everyone who needs their theater fix.

Anyone who wishes to donate to the casts and crews hurting from the show closings will find links to various charitable organizations in the video information for the full-length videos, including Acting for Others, Broadway Cares and Actors Benevolent Fund.

Here is Andrew Lloyd Webber inviting everyone to stay at home with him!

What show are you hoping for?

Previous:Boomerang 2×04 Review: “Reversal of a Dog”