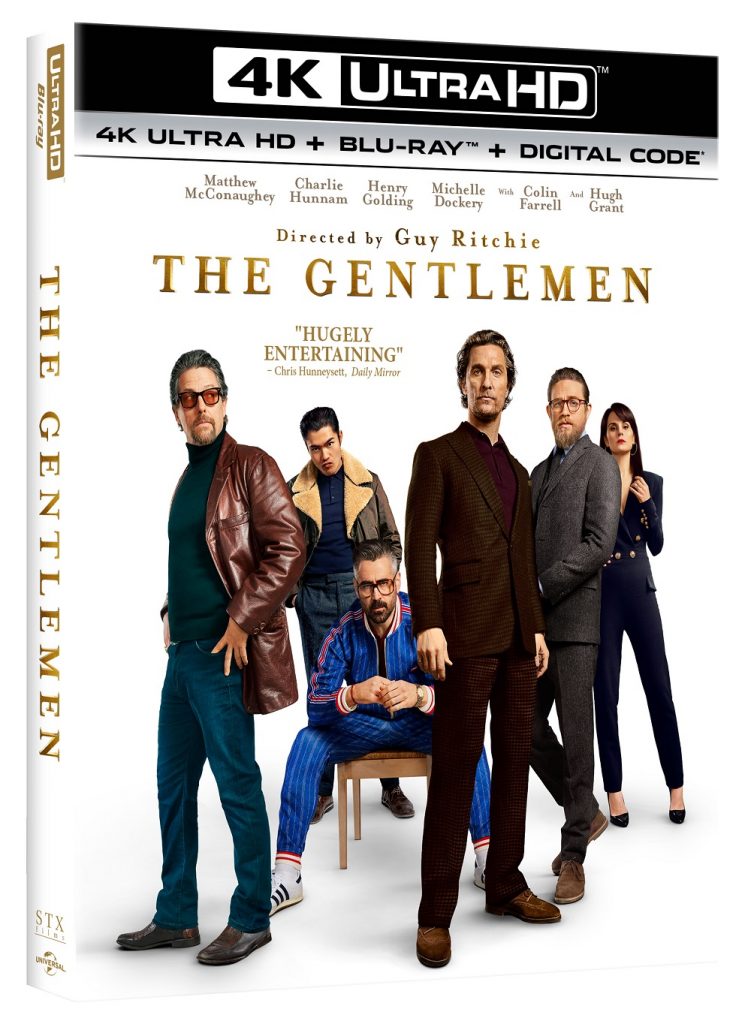 The Gentlemen, a star-studded, action-comedy written and directed by Guy Ritchie (Sherlock Holmes, Snatch) will be available on 4K Ultra HD, Blu-ray and DVD come April 21, 2020. And for those wondering, yes, it has queer characters!

The news about the upcoming release was shared by STXfilms and Universal Pictures Home Entertainment. The Gentlemen is currently available on Digital. It will be On Demand come April 14, 2020.

This movie is set in the underworld cannabis industry in London, and trust me when I say it is full of twists and turns.

The Gentlemen follows American expat Mickey Pearson (Matthew McConaughey, Dallas Buyers Club), who built a highly profitable marijuana empire in London. When word gets out that he’s looking to cash out of the business forever, it triggers plots, schemes, bribery and blackmail in an attempt to steal his lucrative domain out from under him.

Now, I have to say that The Gentlemen featuring queer characters came as a pleasant surprise to me. I kind of suspected there was going to be something queer about a movie with a whole lot of male actors, even if it was only subtext or queerbait. But The Gentlemen made sure not to go down the troublesome queerbait route and offered a narrative with queer characters in substantial roles.

The running time for this film is 1 hour and 53 minutes. It has been rated R for violence, language throughout, sexual references and drug content.

The Gentlemen was released in the UK on January 1, 2020. A US release followed on January 24, 2020. With a reported production budget of $22 million, it went on to make more than $118 million at the global box office.

So, if you are looking for something new to watch this week, why not consider The Gentlemen?

Let us know if you have already seen it.

Previous:The Shows Must Go On YouTube Channel Brings Theater to Your Home