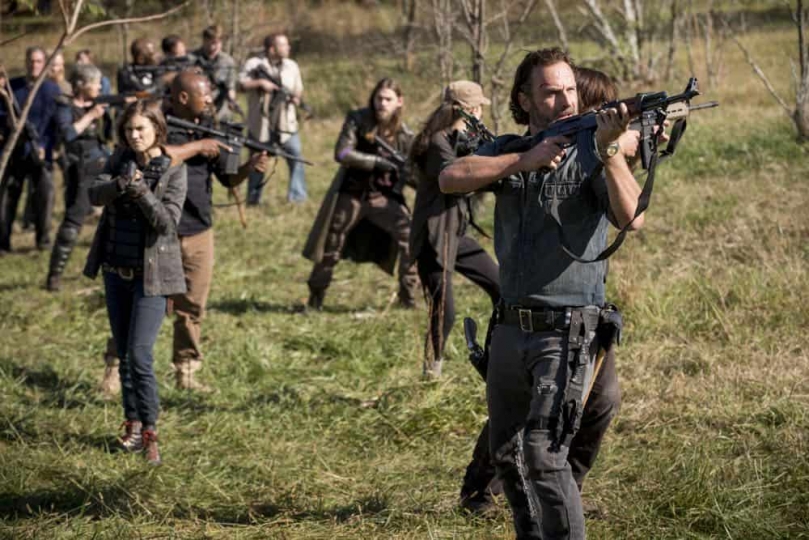 ‘Wrath’ surprised the hell out of me in ways both good and bad. I wasn’t sure what I was anticipating going into this finale since the show itself has been so irregular and inconsistent. At the very least, I thought someone important would die. But no–‘Wrath’ was an episode fraught with peril and bad writing.

The issue with The Walking Dead is that it never seems to stay in its own damn lane. TV directors and writers come and go but in most series the episodes still fit together well. With season 8 The Walking Dead was, as I have said many times before, a giant flaming dumpster fire. Admittedly, there were a couple of decent episodes this season, but ‘Wrath’ was a casserole of laziness and excitement and my brain still doesn’t know what to make of it. 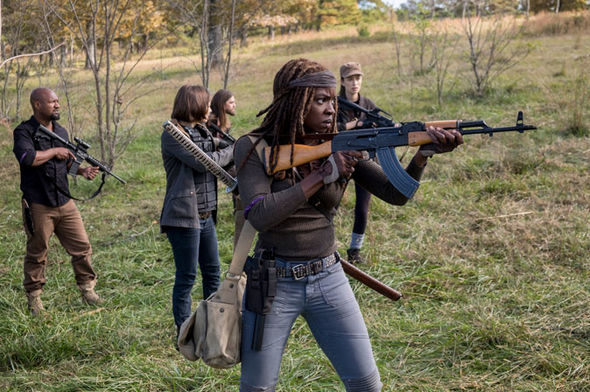 In the past I’ve been too generous with my reviews. I typically lay on the snark pretty hard in ‘The Bitching Dead’ webcasts because I’m being silly and I don’t generally have a filter. That being said, I liked this episode for its elements of shock and excitement and gore. I didn’t like this episode for the way it ‘tied up the loose ends’, as the showrunners have promised it would. There were SO many things they could have done differently and I think they thought with the dazzle of the final battle, some people might be willing to overlook those things. Sorry, but nope.

The thing is–there was no final battle. There was no big war. Ultimately, it came down to a single character to save the day and that character was the last person I would have expected. Eugene, you mullet-rocking asshole. Some voice in the back of my head whispered to me that he was doing this all for the Hilltop and Alexandria. Some voice kept up with it even after he was captured. It’s pretty clear, though, that Eugene still was planning on preserving himself–that is, until Rosita and Daryl caught him and they slapped him in the teeth with some cold hard truth.

When the guns misfired in the Saviors’ hands, I screeched and bolted right out of my seat. My laptop fell off my lap and onto the floor. My living room was chaos as I shrieked in disbelief. Such a deus ex machina move. Oceanside rolling up with their Molotov cocktails was another predictable yet fiery example. 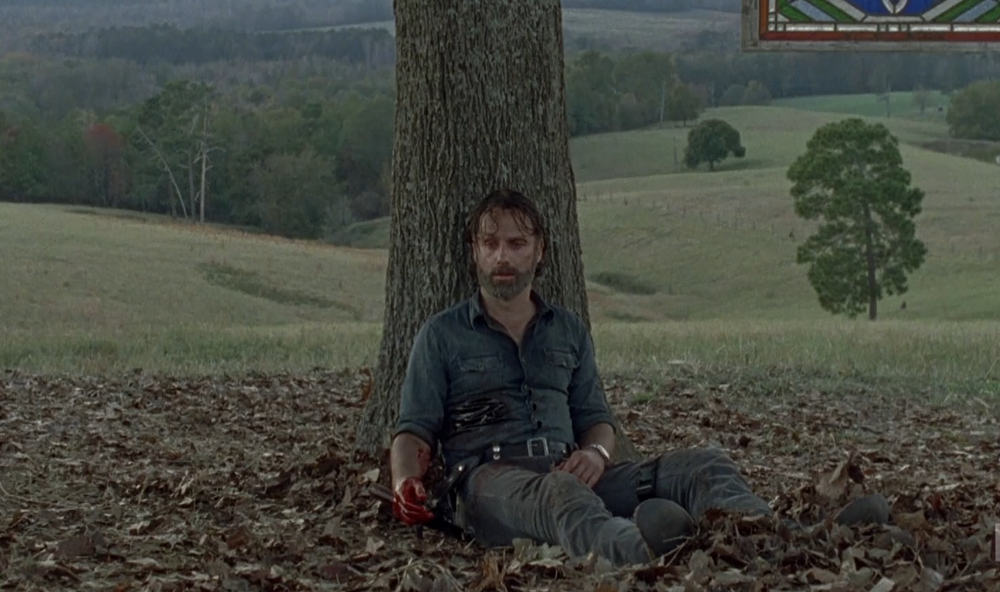 We also got Rick and Negan beating at each other like children squabbling over a toy. When Rick cut Negan’s throat I thought for certain it was done. No more Negan. But then he had Siddiq come and save him while Maggie screamed? Why? Why not just let him die and put this show out of its misery. Goodbye Forever!

Speaking of which – Jesus, Maggie, and Daryl are straight up planning their revenge on Michonne and Rick and frankly, that makes me uneasy. I’m torn. I don’t care for any of these five characters as much as I used to but they’ve always been a family and have always been a team. If that’s the next Big Bad Issue, then count me out, please.

At the end of the episode, with everyone all hunky dory and planting stuff and smiling at each other, it seemed trite. It seemed stupid. How convenient and how easy to just forgive a ton of people who just tried to blow up and kill each other!

If this was what the writers consider to be ‘tying up loose ends’, then please cancel my subscription. I don’t need another eight seasons of the same irrelevant, cobbled-together lunacy.

What did you think of the finale? Are you checking out of this fandom? If so, please take me with you and join Tara and Farid on The Bitching Dead on Monday, April 15 at 8 PM EDT. 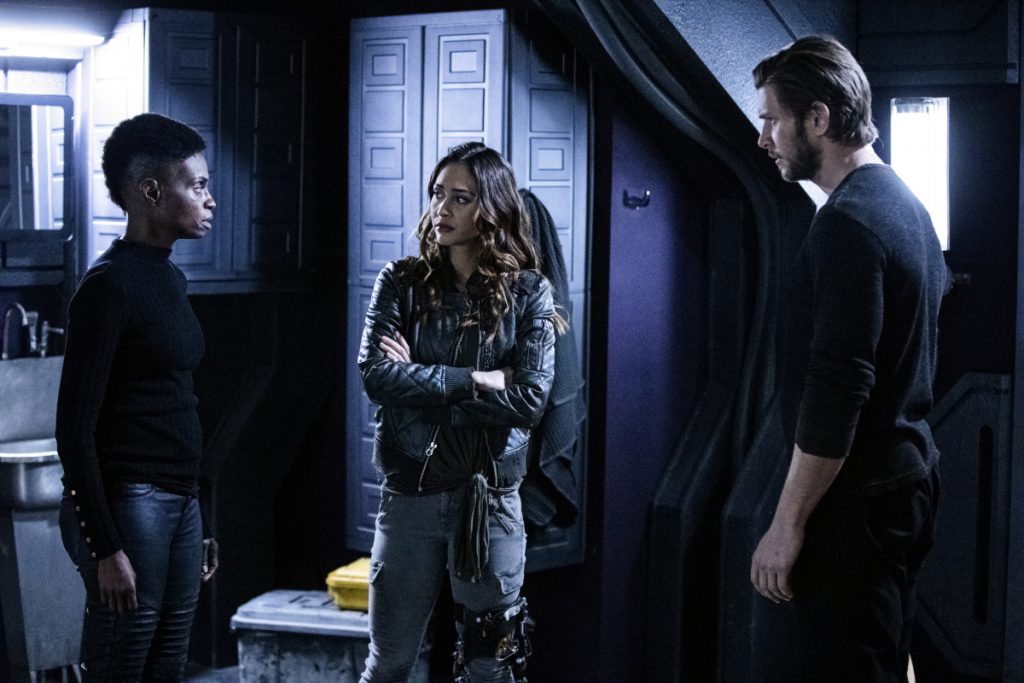 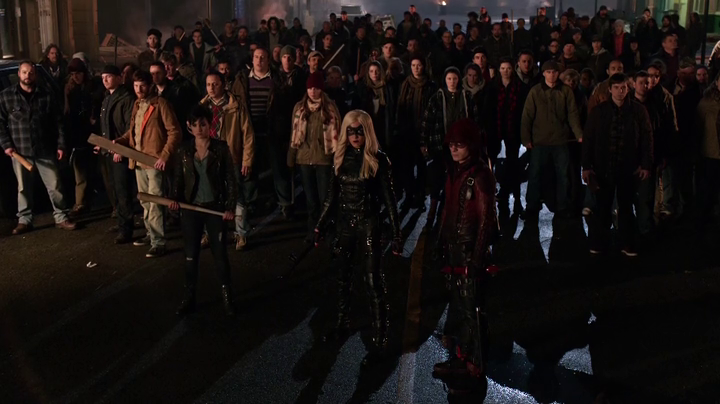