“The X-Files Re-Opened”: One Fangirl’s Perspective 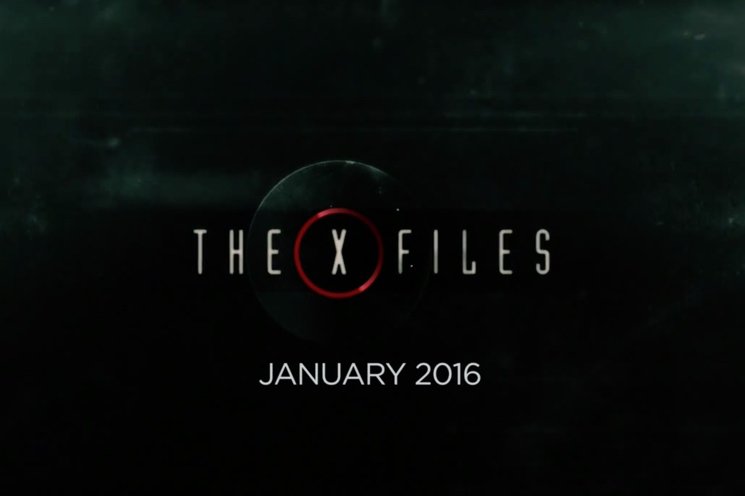 It’s hard to believe that we’re going to be getting six new X-Files episodes in less than a month, but we are – though for my part it only became real when I watched the twenty-ish minute video they released today.

It’s called “The X-Files Re-Opened” and to be honest it set me at ease regarding a lot of my prior concerns. The main one was that last we saw Mulder and Scully in The X-Files: I Want to Believe, they were a couple…but it was made clear early on that this was no longer the case. My poor shipper heart was broken! (Seriously, I shipped Mulder and Scully long before I knew what shipping was.)

But “The X-Files Re-Opened” started on a perfect note, immediately explaining that the show wouldn’t be coming back if it weren’t for the fans, the people who have been hoping and at times outright asking for more of this iconic show. How could that not make this fangirl’s heart melt just a little?

That said, either I’ve been a bit out of the loop (entirely possible) or they’ve kept a lot of information about the new episodes quiet, because basically everything they talked about in the video was new to me (outside of the aforementioned fact that Mulder and Scully are no longer together). My first “OMG REALLY” moment came when I saw that Joel McHale of The Soup and Community would be guest starring…as a conservative reporter whose “ideas about conspiracy theories match up exactly with Mulder’s”. Personally I’ve only seen McHale in comedic shows/roles, but after watching the clips of him in “The X-Files Re-Opened”, I’m even more excited that he’s a part of this.

Probably the biggest sense of disappointment I felt after watching this video is that there are only going to be six episodes, two of which will apparently focus on mythology, while the rest will be mostly stand-alones, much like the show used to be. Obviously I’m happy we’re getting anything at all, but is it so bad to want even more X-Files? I’m also intrigued by the fact that the first episode is called “My Struggle” and focuses on Mulder, while the sixth episode is called “My Struggle II” and focuses on Scully…and how I’m going to wait weeks and weeks to see how they work that is beyond me!

Thankfully Chris Carter was very clear that these new episodes will investigate what happened between Mulder and Scully in the years between I Want to Believe and the present. So they may not be together – at least not like they were – but it seems we won’t be left dangling. “The through-line is them confronting their age and confronting their life choices,” Carter pointed out, and he also said that yes, their child will at least be mentioned.

Apparently almost everyone is coming back in some way – Skinner hasn’t moved up in the ranks; he’s still the Assistant Director after twenty-five years, which Mitch Pileggi noted was probably due to his relationship with Mulder and Scully. Most likely it’s because even though he made things difficult for them from time to time, he really didn’t work against them like he was clearly supposed to. But the bigger surprise is that we’ll see the Cigarette Smoking Man again. Carter says that despite the fact that the Smoking Man appeared to meet certain death in the series finale, they are “honest” about how he (might have?) survived. Yes, I’m skeptical, but I’m also trying to remain open – about the Smoking Man, and about Annabeth Gish reprising her role as Monica Reyes (though she’s only slated to appear in one episode). 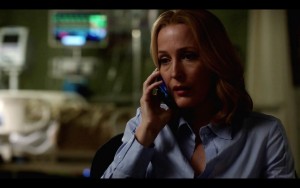 Despite all of the characters returning to The X-Files, Carter insists, “We knew that coming back, the series isn’t going to be good if it’s only a victory lap. It has to be original and fresh and as good as it’s ever been.” Of course, today’s world is very different from the one depicted in the original series, which means they have to tell the story from a new perspective. For instance, a lot of what Mulder was afraid of (for example, the ability to track people through/by their cell phones) is, you know, actual reality nowadays.

“The X-Files Re-Opened” also contains quite a bit of information about the physical act of filming these new episodes. They spent most of their time in Vancouver, using areas of that city that could work as parts of Washington D.C. while creating everything else digitally. They also made a “life-size” (as in, about fifty feet in diameter) flying saucer – probably the biggest one ever made for television – to be used in a crash scene, but part of that crash scene was also produced digitally. I was worried that some of this CG stuff would be too forced, but some of my concerns were assuaged when they also talked about creating a monster for the new episodes, and having recently rewatched a good portion of The X-Files, I’m excited to see that they’re still using some old techniques.

Stunt coordinator Melissa Stubbs was interviewed as well, and it was great to hear from her that Gillian Anderson did a lot of her own stunt work. As we at The Geekiary recently nominated her as one of our Favorite Women in Geek Culture for 2015, I loved hearing that (as well as seeing some pretty powerful clips featuring her). Stubbs also mentioned that “We see a side of Mulder that we haven’t seen before…he busts out a set of fight skills.” She claims that they really thought about how Mulder would fight, but while I always felt like he could hold his own, some of what they showed seemed a bit over the top. I know, I know, only time will tell, and we always knew that there would likely be quite a few changes. I’ll just hope that they handle them well. 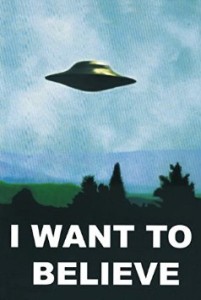 The Poster, though, hasn’t changed. You know, THE Poster. I want to believe. It appeared several times throughout “The X-Files Re-Opened” and Chris Carter made sure to explain that “The poster has become so iconic – it’s really the heart of the show, because it doesn’t say ‘I believe’. It says ‘I want to believe‘. It’s the struggle to find the truth.”

Overall, I agree with actress Annet Mahendru, who appears as a woman named Sveta in the very first new episode. “Re-opening the X-Files is magical,” she said. And then at the very end of the video, there’s a shot of Mulder from the show itself, and he’s asking, “Are you ready for this?”

Previous:Book Review: “This Is Where It Ends” by Marieke Nijkamp
Next: Experiencing ‘The Grasp of Nighttide’ with Author Sadaf Zulfikar!