Your Crash Course to the World of Shannara 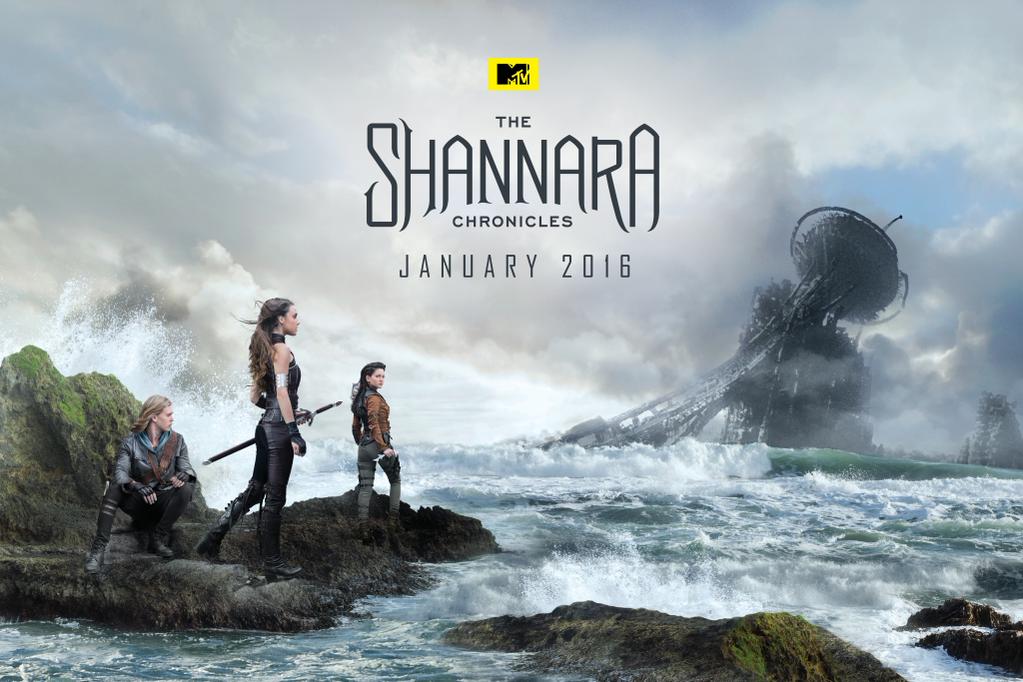 Just in time for the premiere of MTV’s The Shannara Chronicles, based on the best-selling books by Terry Brooks, I am here to provide you with a crash course to the Four Lands (aka the world of Shannara). Now, I must tell you, I have been avoiding a lot of articles on the new show because I want to be surprised (I have been waiting for this show for more than a year), so this crash course will be more about the books and background information than the show itself. Season 1 of The Shannara Chronicles is based on The Elfstones of Shannara, which is actually the second book in a trilogy, and I figured it would be beneficial to bring you guys up to speed on what’s going on, so you can just focus on the story as it unfolds. Ready? Here we go!

Warning: There will be spoilers for the plot of the first season of The Shannara Chronicles, but who knows how much of this survived the translation from page to screen.

The thing to remember about all of the Shannara books is that they all follow the Ohmsford family at different points along the family tree. Terry Brooks’s first Shannara series, now referred to as “The Heritage of Shannara” series, starts with The Sword of Shannara, continues with Elfstones, and concludes with The Wishsong of Shannara. Elfstones takes place approximately 50 years after Sword, and Wishsong takes place approximately 20 years after Elfstones. 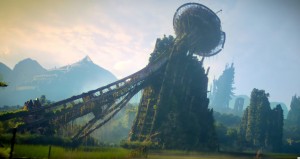 The world of Shannara is called the Four Lands, and they are named after cardinal directions. For the purposes of this crash course, you really only need to know about two places: The Ohmsford family lives in Southland, and the Elves live in Westland. The Four Lands is actually our world, but in a post-apocalyptic future. As per my interview with Terry Brooks, this information is not made clear in Elfstones, because he hadn’t thought of it yet. However, they are playing it up for the show – there are definitely no rusted-out cars in any of the books! 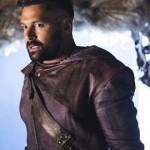 Allanon is the last remaining member of the Druid Order. He was the one who showed up in Shady Vale 50 years ago and took Shea (and adoptive brother Flick) on a quest to find the mysterious Sword of Shannara. He is rumored to be thousands of years old. 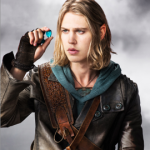 Wil is the grandson of Shea Ohmsford. When Elfstones opens, Wil is training to be a healer. Allanon chooses Wil to be the protector of Amberle Elessedil because he possesses the Elfstones, a weapon of old Elvish magic given to Shea by Allanon 50 years before.

Check out our interview with Austin Butler from NYCC! 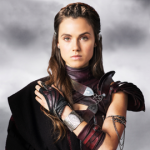 Amberle, granddaughter of the Elven King Eventine Elessedil, is one of the Ellcrys’s Chosen (the first female chosen in memory), but for reasons yet unknown she leaves her post. After a demon attack leaves the rest of the Chosen dead, Amberle is given the responsibility of saving the dying Ellcrys.

Check out our interview with Poppy Drayton from NYCC! 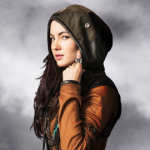 Eretria is a Rover, sold to her “father” Cephelo by her real father. She takes an immediate liking to Wil when he and Amberle stumble upon their camp — which comes in handy, considering how often she has to save his ass.

King of the Elves.

A sapient tree located in the Elven capital of Arborlon, the Ellcrys maintains the magical barrier between the Four Lands and the Forbidding, the world of demons. She is tended to by a group of young Elves known as “Chosen”, because they are chosen by the tree herself.

The Elfstones of Shannara, even though it is the second book in a trilogy, was chosen for the first season of The Shannara Chronicles because it stands on its own the best. Sword and Wishsong are more closely connected to each other than either are to Elfstones, and of the three books, Elfstones has the most complete story arc. 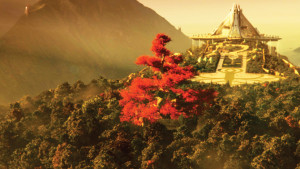 The Ellcrys is dying. The magical barrier protecting the Four Lands from the demons is weakening. She “speaks” to her Chosen and tells them how she can be saved; they in turn tell King Eventine Elessedil. A demon sneaks through the Forbidding and slaughters all the Chosen save one — Eventine’s granddaughter Amberle, who had fled her post as a Chosen, much to the shame of her family.

The Druid Allanon charges Amberle with a quest: she must journey far south to Safehaven, and bathe the seed of the Ellcrys in the Bloodfire, then bring it back to Arborlon and plant it. Allanon assigns Wil Ohmsford as her protector, and the two of them make the trek with a company of Elven Hunters and Crispin, the Captain of the Home Guard.

While Amberle and Wil attempt to save the Ellcrys, Allanon and Eventine remain behind to meet the approaching army of demons.

Elfstones of Shannara is one of my favorite books — not just of the series, OF ALL TIME. I’ve wanted to name my (future, currently nonexistent) daughter Amberle since high school. I think a lot of you will really like the show; I would not steer you guys wrong on this. Don’t let the fact that it’s on MTV throw you (or bias you, if you’re one of those bitter and disappointed former Teen Wolf fans like I am). Terry Brooks was pretty involved in filming, and this is a show that got both Manu Bennett and John Rhys-Davies. Not only that, but Jon Favreau was one of the executive producers of the first episode.

If you are interested in checking out the books (which I highly recommend, Terry Brooks might not be the world’s greatest writer, but he’s a damn fine storyteller), there are currently 24 books in the Shannara series (with a new one set to publish in May of 2016). There is a comprehensive list of them at Brooks’s website including a suggested reading order.

I’d also suggest checking out The World of Shannara, an encyclopedia containing information from all the books released before 2001, complete with artwork.

Also worth checking out is Brooks’s “Word and the Void” series, as it was recently revealed that the events of that series directly tie into his Shannara books.

Previous:Everyone Is Talking About Our ‘Star Wars’ Slash Ship