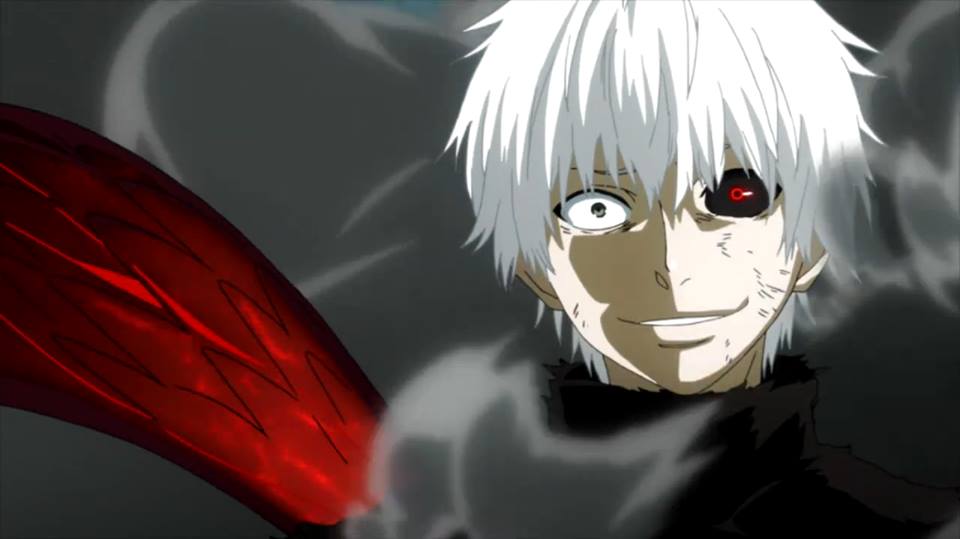 Whatever preconceived notion that you have about anime needs to be set aside for a bit because Tokyo Ghoul is far from your typical anime. Tokyo Ghoul is an action/ horror genre anime that’s set in an alternative present-day Japan where ghouls (carnivorous creatures that survive by consuming human flesh) live among ordinary people. Although most ghouls choose to live quiet and peaceful lives while blending in with humans, there are some who believe that they are above humans and create chaos in the city. That’s the background of the world in the show, but the plot circles around the protagonist Kaneki Ken, who once lived his life as a typical college freshman until a tragic accident results in him becoming a ghoul. Warning! Minor spoilers are to come!

Similar to most anime like Naruto, One Piece, and Bleach, Tokyo Ghoul is also based off of a manga which shares the same title. The manga was written by first time mangaka Ishida Sui and was serialized in the Weekly Young Jump magazine from 2011-2014; the manga ended last September with a total of 14 volumes. Afterwards, a 12-episode anime adaptation was made and was released in July 2014 and ended in September 2014 as well.

However, most of the similarities stop there. Unlike most anime, where viewers are entertained with a lot of action scenes and a new take on a similar plot, fans of Tokyo Ghoul know that there is a lot more going on in the series than just that. This series is known for its surprising complexity and depth, ranging from the very intricately woven plot to the refreshingly unique portrayal of the characters. Everything about it will captivate you into watching the next episode. 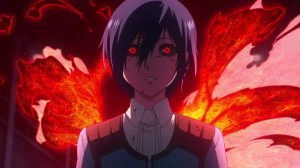 The first thing that a viewer experiences when starting this series is shock at how fast the story progresses. This show doesn’t waste any time when jumping into the main plot; it instead deepens more with each episode. Not only is the plot very calculated, but there are also no fillers to distract you from the main story line. Even all of the of the fight scenes are well-timed and meaningful. Eventually, you’ll get used to how the story strays from the usual linear plots and keeps you at the edge of your seat.

The same thing goes for the characters. When you first get introduced to them, you might feel like you understand the gist of who they are based on characters that you’ve come across in the past from different shows, only to be surprised by how wrong you were. A recurring theme of this anime is that what you perceive to be real isn’t necessarily how things are in truth. That’s a big driving factor of the events that unfold in this show. You’ll be surprised by how truly abstract these characters are. As you find out more revelations about these characters, you’ll come to understand just how complex they are and how there’s no way that they can be categorized simply as “good” or “evil”.

Another recurring theme of this anime is dealing with change. After Kaneki Ken becomes a ghoul, he struggles to find a place of belonging as he does not fully belong with neither humans nor ghouls. When his world is suddenly transformed over night, he loses his sense of self and struggles to find his identity among the disorder that’s brought upon by this tragedy. This theme is what most viewers sympathize with as most of us understand the difficulties of having to go through the pains of overcoming hardship and seeking acceptance. 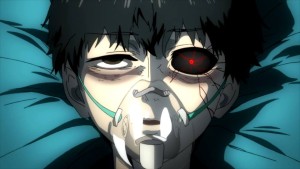 Although I wouldn’t say that those who are faint of heart should refrain from watching this (there’s a lot of gore, even though most of it is censored), people should definitely watch this with discretion. A lot of the episodes contain a great deal of violence and gore. The last few episodes of the anime are exceptionally gory and cruel.

One last reason that you should watch Tokyo Ghoul is because you’ll get to see one of the most beautiful opening themes! The opening theme is called “Unravel” and was written by the singer TK from the Japanese indie rock band Ling Tosite Sigure. The opening has amazing imagery of the characters and the lyrics are deep too.

Before I started watching this, I would have never imagined myself to get so attached to an anime again (the last time was back when I was in junior high with Fullmetal Alchemist). But this show really surprised me with it’s originality which left me curious and really craving for more. I also felt extremely connected to the characters which made me experience all of their emotions with them until the very end. The series ends with a major cliffhanger and a promise of a second season that will not follow the original story line of the manga. Luckily, the second season is set to start in just a few days!

Season two of Tokyo Ghoul will begin on January 8, 2015 so check out the show and stay tuned for episode reviews!