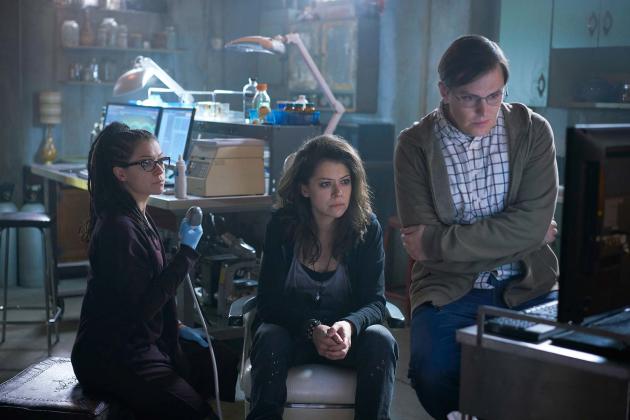 Orphan Black continues its blast into Neolution, and we are totally along for the ride. Not only are we getting to see some major Orphan Black mythology, but as always we are getting a phenomenal performance from Tatiana Maslany in every character that she plays. Not only is she amazing onscreen alone, but “Transgressive Border Crossing” and “The Stigmata of Progress” showed just how much chemistry she has with every member of the cast.

You will have to forgive this double review as I was on vacation last week! Fortunately I got a double dose of Orphan Black this week, and the writing (not to mention the acting) continues to impress me, especially as they spent more time focusing on the background of Neolution and the influence behind Leda and Castor. After the season four premiere, I was feeling like the story was disjointed from where we left off at the end of season three, but after “The Stigmata of Progress” especially, I see the reasons behind the dramatic shift.

The genius of the writing finally hit me during two scenes of “The Stigmata of Progress”. The first, and most deliberate, was the scene in which Rachel was having a conversation with her mother about why the Duncans got involved in the cloning projects. As it turns out, it all goes back to controlling human evolution. This totally makes sense in the context of the series, and although I initially disliked the sharp turn from focusing so much on Leda and Castor to going back to the Neolution roots, we definitely had to know about one to get to the other. We now know the “how” so now we need to delve back into the “why”.

I also need to talk about Rachel here briefly, because even though she has been our villain for a while, she seemed to finally show a bit of her softer side, giving us a glimpse into why she is such a tough cookie: she has to be that way. Her mother especially preferred to not get too emotionally attached to her, and I think we all have a basic enough grasp of psychology to know that this will damage a person and leave them vulnerable. I did love the scenes with Rachel and Charlotte, though, and I would love to see more of Rachel being a sort of surrogate mother to Charlotte. (And thank you, show, for bringing back Ari Millen, who is a powerhouse and has been extremely missed until now.)

The other scene that made me sit up and notice was when Kira was in a sort of trance and confided in Cosima about what she had seen in her vision – that the other clones were killing Sarah. Initially this was chilling, but when you put all the pieces of the puzzle together in the Neolution story, it makes sense. Sarah is the most “evolved” of all of the clones, simply based on the fact that she is not only the healthiest, but also the only one able to reproduce (with the exception of her twin, Helena). This makes Sarah special, and although I don’t think that Kira’s vision is necessarily going to happen, I do think that it is foreshadowing that Sarah will somehow change, and that change will threaten the lives of the other clones. To me, the progression of the story is completely intriguing. Although Kira is starting to concern me. I know that she has been through a lot, but her mood swings have me worried. Is this a side effect of whatever clairvoyant thing she has going on, or is she starting to evolve, too? I guess we will need more time to figure things out.

Of course, I cannot talk about these episodes without diving into the Hendrix storyline. Alison has always been my favorite clone, and I love that she and Don 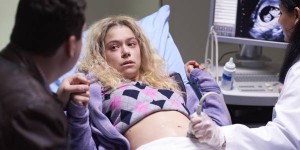 nie have invited Helena into their home. And how incredible is Maslany’s performance when she is Helena pretending to be Alison? Whereas she normally nails the clone-on-clone thing, Helena’s own personality is so far removed that it’s all you can see as the viewer. I love it. And of course, Donnie continues to be an absolute breath of fresh air in this super intense series. I want to see more of babysitter Helena with the Hendrix children, but I suppose she has her own children to worry about. Twins! Can you believe it? I am sure there is some weird genetic explanation for it, but for now, I am happy that Helena is safe and happy with her sestra.

Speaking of setras, I am not really fond of Felix’s storyline with his newfound biological sibling, Adele. To clarify, I like that Felix is standing up for himself and his own emotions, and he is finally doing something away from S and Sarah, but I do not like or trust Adele. I feel like she is definitely hiding something, but how she fits into the story is yet to be seen. Jordan Gavaris is another one of my favorite parts of this show, and I feel like the writers no longer know how to successfully use him – but I hope I’m wrong and they are just on a temporary tangent.

Since the length of this review has gotten away from me, I want to mention just a few other important things. First, Cosima finally let us know that she is hurting about Delphine. It appears that no one really knows what happened to her, but they all think it’s pretty clear that she is dead. Poor Cosima is amazing and just can’t catch a break! Also, Art. I love Art. I am concerned that he’s starting to get so deeply involved in the clone plots, but he’s a great detective, and I love the relationship that he has with Sarah. I would love to see Art interact with more of the clones. And finally, the cheek worms. Yikes. I did not see that one coming. How terrifying would it be to discover that someone inserted an implant in your body, but you have no idea what it is for or how it affects you? I am so scared for Sarah, and she seems convinced that it is a harbinger of mind-control. I hate to say it, but I tend to agree with her there.

These two episodes were great. I still think that the writers are doing a fabulous job in getting the story across, and although complex, it’s surprisingly not convoluted. I am very interested to see how Neolution continues to play the big player role in this whole game, and I would love to hear your fan theories about what will happen in the rest of season four! 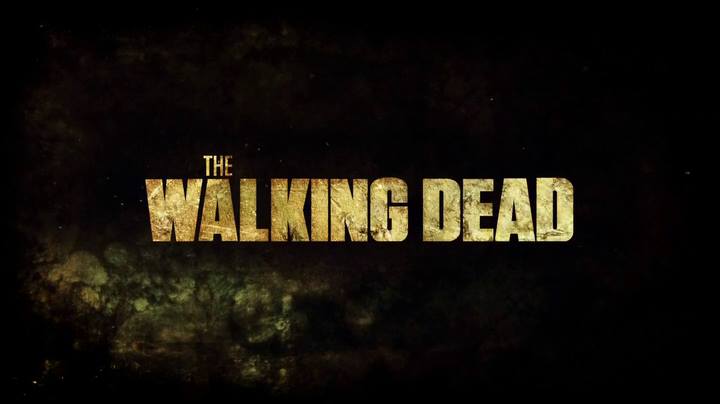 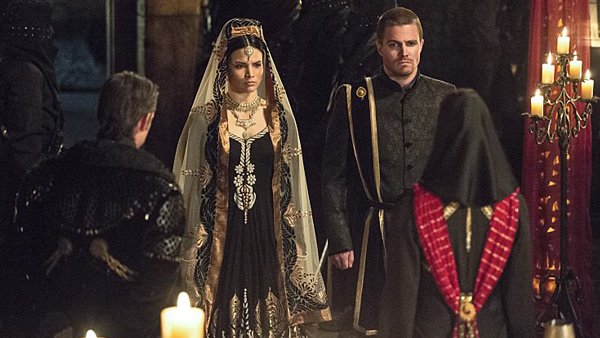 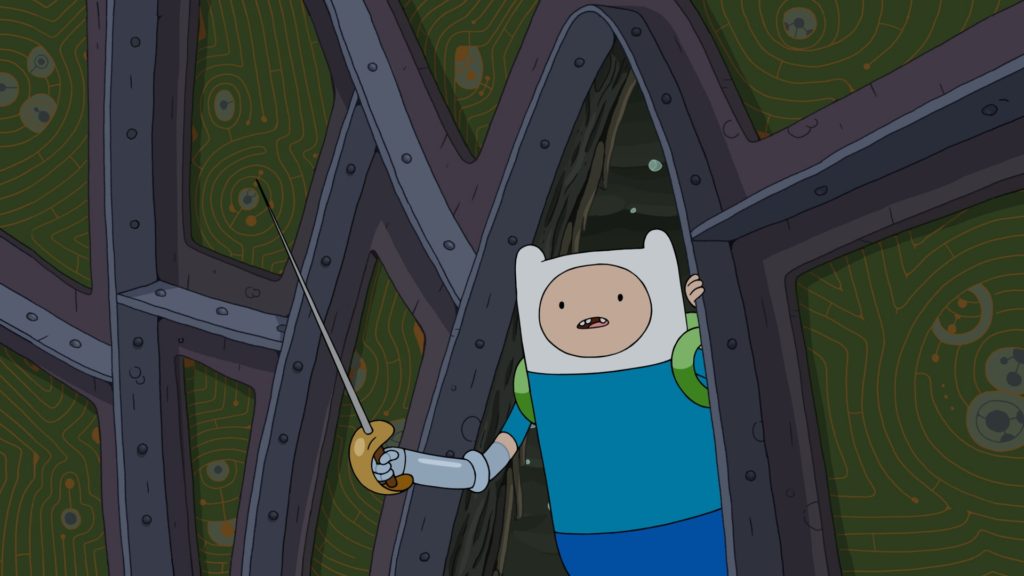