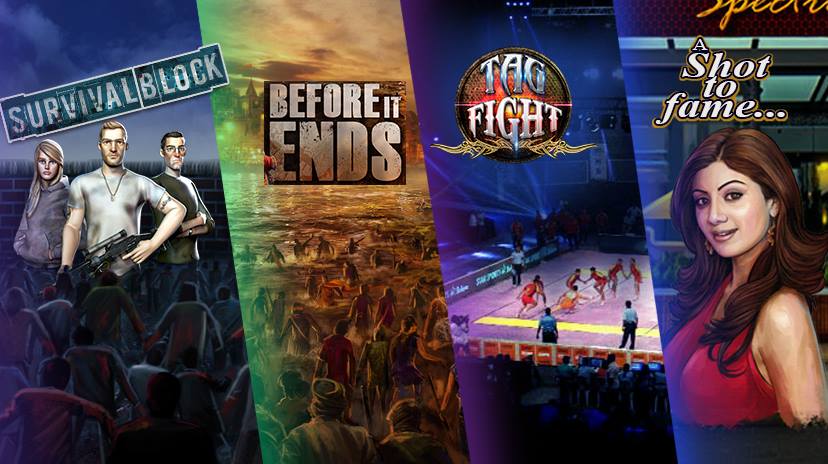 We shared information regarding the launch of Viaan Studios, an independent AAA game developer in India, a couple of weeks ago. Now, enjoy our interview with the founders, renowned entrepreneur Raj Kundra and his famous celebrity wife, Shilpa Shetty Kundra!

I got to talk to them about the idea behind Viaan Studios, what it hopes to accomplish in the near future, and bringing cultural and gender diversity to the gaming world.

What’s the idea behind Viaan Studios? How long have you been thinking about the project? I mean, you already have titles announced along with their release dates (till 2018), which is very impressive for a game studio that has just started.

Shilpa Shetty Kundra: Viaan means full of life and energy. We wish to bring passion, energy and life into the games developed by Viaan Studios. We’re coming up with AAA-quality games in many different genres to offer an unmatched gameplay experience to gamers worldwide. We are super excited about this new venture of ours.

Raj Kundra: Our journey of launching Viaan Studios started in 2012, when we were planning to enter into the sector with certain industry partnerships. But with the mobile segment (especially smartphones) gaining momentum for the past few years in India, and various international game developers coming down to tap this challenging market, we realized this was the right time to enter game development. I believe the games market India has shown tremendous growth, and it’s poised to become one of the most influential markets for free-to-play games in  years to come.

For the past couple of quarters, our focus has been on developing lasting relationships with stakeholders. We have been able to assemble a solid game development team and very capable management to gear up for the challenge of publishing AAA-quality games.

Are you video gamers yourself? What sorts of genres do you enjoy playing?

Raj Kundra: We have been gamers during various console generations. I still remember playing FIFA, Cricket (EA Sports), etc. on Xbox and PlayStation consoles. It was a truly great experience. The biggest lesson we all learn while playing is “Never Give Up.” There is always hope; you can always reach the next level. We love playing games from various genres like action-adventure, sports, strategy, first-person shooters, simulation, racing and many more. I am really excited about the quality of content distributed across the world in different genres today.

I know Shilpa Shetty will serve as a mentor in A Shot to Fame. How involved are you both with the development of all the games by the studio?

Shilpa Shetty Kundra: I am thrilled to be part of this talented team. Attending game brainstorming sessions was not only fun but a learning experience for me — considering game development is quite different from movie-making. For example, understanding technology limitations and how different assets would look on distinct mobile devices for A Shot to Fame was incredibly important.

Raj Kundra: I find game development to be a really engaging experience, and I really enjoy working on pre-production, production, and marketing. A Shot to Fame is a one-of-a-kind celebrity game; it was developed with female gamers and the Indian market in mind.

With the games being developed in India, will Viaan Studios be releasing game titles that will bring cultural diversity to this industry? An Indian protagonist perhaps? As such a character is more or less unheard of in the gaming world.

Raj Kundra: We can leverage storytelling games to showcase Indian culture for sure, creating epic backgrounds that bring Hindu gods and heroes to the forefront. With our focus on AAA-quality and unmatched gameplay experience, we believe Viaan Studios will offer new, memorable characters to gamers everywhere.

Shilpa Shetty has done numerous roles in films, and has shown the world that even outside of the film industry she is a powerful woman, a role model for others to look up to. With regards to gender diversity in games, will we see Viaan Studios releasing titles that have developed/complex/fleshed out female characters? Female video game characters who are protagonists, independent, and more than just mere love-interests (something that is uncommon in the gaming world)?

Raj Kundra: Games have offered celebrities a unique way to connect with their fans. Shilpa has been the role model for many in India and abroad; her work in diverse areas brings a unique set of skills to the table.

With Shilpa involved at the very core of development at Viaan Studios, I am sure we’re not far from having strong female characters in one (or many!) of our titles.

I really appreciate both Raj Kundra and Shilpa Shetty Kundra taking out the time for this interview. Due to their answers, I’m looking forward to the kind of stories and characters they will offer gamers worldwide. There’s a whole list of games announced by Viaan Studios. Feel free to visit their website as well.

What are your thoughts about Viaan Studios? Are you looking forward to their games? Let us know!