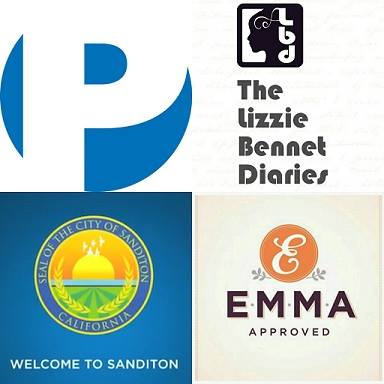 Are you a fan of Jane Austen and interactive storytelling?  Then have I got a treat for you!  Pemberley Digital, the brain child of Hank Green and Bernie Su, has been reinterpreting some of the great Austen novels for the modern age, engaging the viewers to interact with their favorite characters via various social media sites.  In this article, I will go over each of the series on the PD roster, The Lizzie Bennet Diaries, Welcome to Sanditon, and Emma Approved, and give you reasons as to why you should watch them.  So without further ado… I am Sarah Sue and I want to make your dorking experience better! 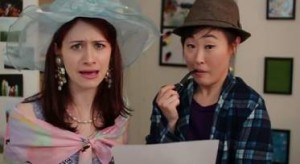 In this which-came-first scenario, The Lizzie Bennet Diaries came before Pemberley Digital.  The first episode, entitled “My Name is Lizzie Bennet”, aired on Youtube on April 9, 2012.  The series, excluding all the various side episode and channels, is one hundred episodes long, each one the span of three to eight minutes long.  In this modern interpretation, Elizabeth is Lizzie, a 24 year old graduate student studying in Mass Communications and the channel is her thesis project.  The first twenty four episodes take place in Lizzie’s bedroom, and the story is told by her, her best friend and editor Charlotte Lu, and Lizzie’s two sisters, Jane and Lydia.  Mary was turned into the Bennet sisters’ cousin, and Kitty is turned into…yup, you guessed it: a kitty.  Slowly but surely, locations change, other characters are introduced, and others are “shown” through Lizzie and Company’s hilarious role play sessions, most notably Lizzie’s parents and William Darcy.  Yes, the elusive Mr. Darcy remains that way until the 61st episode “Yeah I Know”, up until that point being portrayed by Lizzie.  The role play sessions allow the viewers to keep up with what’s going on outside of the filming locations along with moments where major events play out right before our eyes. 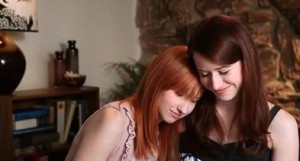 The beauty of the vlog-style format is the way the audience gets to see things through Lizzie’s perspective.  Like in the book, she forms “prejudices” about people, like the Lees and Darcy, and we get to watch as those prejudices are challenged and Lizzie is forced to recognize the error in them.  But it isn’t all about Lizzie.  As I mentioned before, there are various side channels that reveal the goings-on of other characters in the story.  The most popular one was Lydia’s channel, where the writers of the series really fleshed out and made me sympathize with a character whose literary counterpart I couldn’t stand.  In a way, the story is as much about seeing Lydia grow and mature as a person as it is about seeing Lizzie confront her own thought patterns and the negative effect they can have.  The bonds of sisterhood are just as strong in Diaries as they are in Pride and Prejudice, and the three actresses playing Jane, Lizzie, and Lydia do a fantastic job portraying that.  The cast is very diverse, the roles of Charlotte and Bing and Caroline Lee being played by Asian actors, and Darcy’s friend Fitz is a black gay man.  His part was small, but oh, how I loved every little scene of his!  If you know the story of Pride and Prejudice, then you know how The Lizzie Bennet Diaries is going to end.  But the way they interpret the source material is creative and will surprise you with some of its twists. 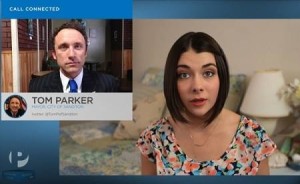 The second series Welcome to Sanditon was a smaller one that tided fans over in between Diaries and the next major series, Emma Approved.  It is based off of Jane Austen’s incomplete story Sanditon, which follows the woes of a developing beachside community.  The story teller in this series was Gigi Darcy, who became something of a fan favorite during her time on Diaries.  In this story, Gigi is sent to Sanditon to run a beta test of Pemberley Digital’s app Domino, using Sanditon’s community as the testers.  Recurring characters include Tom Parker, the ambitious mayor of Sanditon, Edward Denham, Parker’s assistant and a closeted geek, Clara Breton, a bubbly young owner of an ice cream shop, and Letitia and Beau Griffiths, siblings competing against each other with their own gyms.  This series differs from Diaires in that the viewers actually got upload their own Domino videos to be included in the series, pretending to be residents of Sanditon. 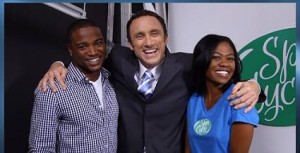 While Sanditon wasn’t as overwhelmingly popular as Diaries, there were still some interesting and entertaining storylines to be found.  Gigi really grew during her time running the beta test and made a huge decision in regards to her future at the end.  Her struggle between her family’s expectations and her own desires is something many can relate to, and the actress who played Gigi did a great job of showing how difficult of a process that was for her.  The power struggle between Mayor Parker and Clara over him trying to turn her ice cream shop into a smoothie shop was very hilarious, Clara going so far as to make “Save Sanditon Scoops” t-shirts.  There was even a little romance that developed between Clara and Edward, both of them connecting through their shared passion for vintage scifi.  The series had something of an open ending, lending to the possibility of a return trip to this lovely little beach town and checking in on the characters we grew to love.  All and all, if you watch Diaries and want to see more of Darcy’s awesome little sister, I would highly recommend Welcome to Sanditon. 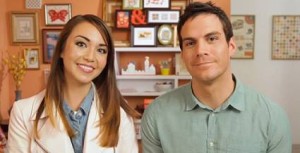 Last but certainly not least is the channel’s current series, Emma Approved.  It is based off of Austen’s Emma and tells the story of Emma Woodhouse, a lifestyle coach determined to make everyone’s lives better.  She runs the business with her friend and partner, Alex Knightley.  Their contrasting personalities clash as much on screen as they do in the book, but they still manage to work together quite well.  Harriet enters within the first few episodes as Emma’s newly hired personal assistant.  So far there has been five clients within a span of 48 episodes, the clients’ problems ranging from self-help to planning an engagement party. 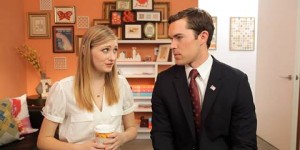 What I love about Emma Approved is how they have managed to translate her irrepressible spirit in a way that while you may disagree with her, you’re still willing to stick around and watch her grow.  At the beginning of the series, there were times where I gripped my computer screen or cellphone and exclaimed, “Emma, how can you be so blind!”  Yes, she can be stubborn, but that can also be a good thing.  When she has her first failure, she is shaken for an episode or two before she is climbing back in the saddle, eager to learn from her mistakes and continue her mission of “lifestyle excellence”.  Alex is there to help support her as well, regardless of how many times they may butt heads over what direction to take.  He’s had his own moments where I thought he was being too harsh with Emma, but like any good friend, he would later apologize and admit that he was wrong.  Right now the show is on a hiatus, with plans to return in June, which gives you plenty of time to catch up on what you’ve missed.

But if Jane Austen isn’t really your thing, perhaps Pemberley Digital’s newly-announced series, Frankenstein, MD will pique your interests, as it has certainly piqued mine!  According to this article, the series “reimagines the title character as Victoria Frankenstein, an obsessive, eccentric prodigy determined to prove herself in the male-dominated fields of science and medicine.”  There is no official release, but if this series is anything like its predecessors, it’s sure to be a hit just waiting to happen!

I hope you’ve enjoyed this article and that I have tempted you to check out some of the series I’ve mentioned from this channel.  Feel free to ask me questions, and if you are already a fan of this channel, share some of your favorite characters and moments!  And as always, thank you for reading!

Sharing links is so Emma Approved, so here are some for you:

Pemberley Digital– The main site for all you could possibly want for any of the series mentioned above.  Each series has a drop-down tab, which holds the story so far (which includes not only the videos but character interactions on Twitter as well), character and actor bios, FAQs, and the production team involved.

The Lizzie Bennet Diaries Playlist – This will start you at episode one.  Once you get deeper into the story, links will be provided near the end of the videos to other characters’ side-story videos, like Lydia, Charlotte, and the Darcy’s.  Make sure to check them out, as they really enhance your viewing experience!

Welcome to Sanditon Playlist – This will start you at the teaser.  I still recommend this series to anyone on the strength of Gigi’s character development alone!  Plus there are some pretty yummy-looking ice cream recipes.

Emma Approved Playlist– This will start you at episode one.  EA has a YouTube channel of its own, where small side videos on posted.  But the main storyline is posted on the PD channel.

Previous:CBS releases new trailer for Steven Spielberg and Halle Berry’s “Extant”
Next: In the Flesh 2×1 Review