Worry Not, Fans! Dylan O’Brien Is Going to Be Okay!

The moment news about Dylan O’Brien getting injured was released, fans understandably grew concerned. However, you guys don’t need to worry anymore, because he’s going to be all right!

Dylan O’Brien, who plays the role of Stiles Stilinski on MTV’s Teen Wolf, was reported injured during filming of his upcoming movie The Death Cure. Confusion regarding the extent of his injuries made his fans worried and anxiously waiting for updates. Even I was worried about the actor’s health, especially after reading a piece that said he was severely injured during an accident involving a car.

However, his true condition was revealed to the media and we got to know that he fell off the back of a set and reportedly broke his orbital socket or his cheekbone because he landed on his face. While still unfortunate, at least it was better than worrying about his recovery after experiencing several broken bones. Thank you, TMZ!

Other stars were quick to send their wishes to young actor and Kaya Scodelario even called out TMZ, which was amazing!

Wes Ball, the director of The Maze Runner: The Death Cure also issued a statement promising fans that Dylan will make a full recovery, and that filming will resume when he is well. 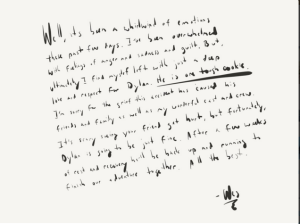 The Maze Runner: The Death Cure is currently scheduled for a February 17th, 2017 release date. The production of the film has been postponed due to Dylan getting injured on set during filming. It is still unknown if the release date will be pushed forward because of this incident or fans of the young star will get to see the film on the scheduled release date.

The two films in The Maze Runner franchise have collected $660 million worldwide at the box office on a total production budget of $95 million. Let’s see how the third installment in the series does.

What were your thoughts when news about Dylan O’Brien getting injured surfaced? Let us know!

EDITOR’S NOTE: We at The Geekiary wish Dylan well and hope he has a good and speedy recovery! Face/head injuries are not to be taken lightly, and we are glad that he is going to be okay.