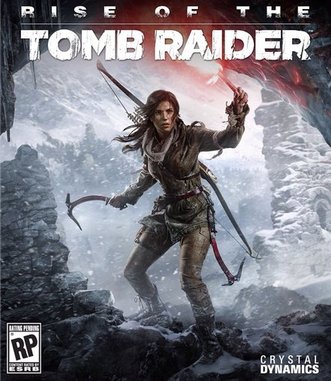 Fans of Rise of the Tomb Raider are in for a treat as the release date for the third DLC, ‘Cold Darkness Awakened’, has been announced. Get ready to play as Lara Croft again!

According to Xbox Wire, ‘Cold Darkness Awakened’ is the third DLC for Rise of the Tomb Raider. It is set to be released on the 29th of March of this year! That’s only a week away. So, fans better start saving some cash if they want to be the first ones to play it.

The upcoming DLC will take Lara Croft on an adventure that revolves around a deadly affliction. A decommissioned Cold War research base gets breached and the events end up releasing a deadly disease. It spreads to the nearby wilderness and infected Trinity soldiers start to transform into bloodthirsty killers. It all falls on Lara to do everything in her power to stop further infection.

The DLC’s plot sounds very familiar to other zombie-killing games. Details about the infected soldiers have not been released yet, so I’m not sure if the afflicted are going to retain their intellect or if they will attack anyone in sight without thinking.

‘Cold Darkness Awakened’ is included in the Rise of the Tomb Raider Season Pass. The Season Pass also includes the Endurance Mode and ‘Baba Yaga: The Temple of the Witch’, which were the first two DLCs. I have played the Baba Yaga DLC and, while it was entertaining, I did have some complaints regarding the short gameplay time and a boring mystery.

The Tomb Raider reboot has done wonders for the iconic female archaeologist. That is why I’m looking forward to what the next chapter holds for Lara as ‘Cold Darkness Awakened’ will be the last DLC for the current installment in the franchise.

Have you played Rise of the Tomb Raider? Did you enjoy the previous DLCs? Let us know!