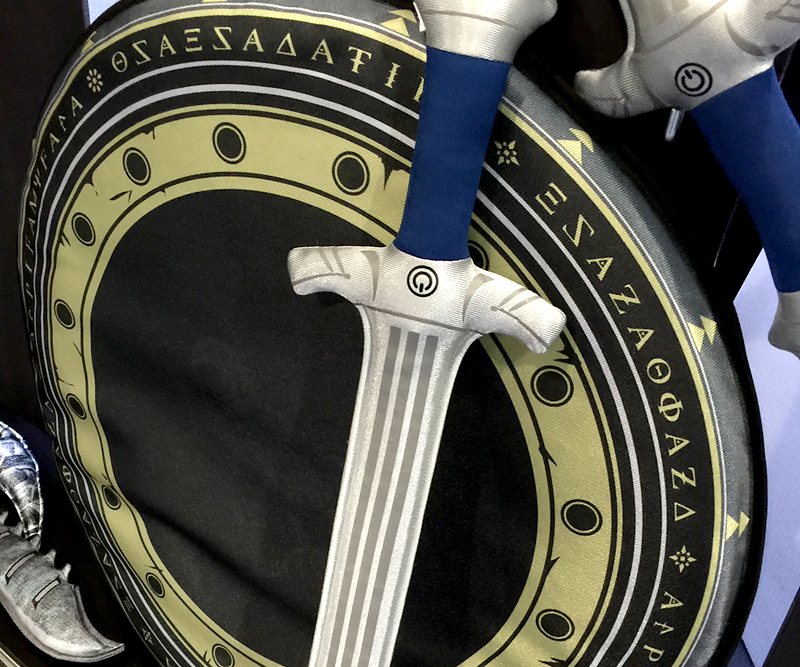 With Batman v Superman: Dawn of Justice about to hit theaters, Factory Entertainment has announced their new line of Soft Weapons And Tactic Plush Weapons to tie-in with the movie, including items that should make Wonder Woman fans happy.

At New York Toy Fair, I visited Factory Entertainment’s booth, and had a preview of their Soft Weapons. I even got to play with Wonder Woman’s sword. Tom Vargas, director of eCommerce and Online Marketing, said these plush weapons were akin to “the best pillow fight you’ve ever had,” with the additional bonus of being light-weight and safe for carrying at conventions.

SWAT™ captures the fun of thematically stylized fantasy weapons, but executed in soft, safe for work and play materials, with sounds specifically tailored to each piece and is intended for ages 8+. 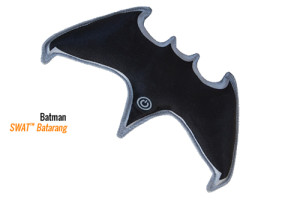 Each BvS SWAT™ features a series of sounds created specifically for each piece. When activated, the Batarang “swooshes” through the air. The clashing of Wonder Woman’s Sword and Shield can be heard once each collides with an object.
“Batarang’s have always been one of the coolest comic-book gadgets ever created,” said Tom Vargas, Product Developer of Factory Entertainment’s BvS SWAT™ line. “Now, everyone can play with The Caped Crusader’s iconic weapon in a friendly and soft manor, but we didn’t stop there!” Vargas continued, “Our Wonder Woman SWAT™ Sword and Shield are ready to defend all heroes in training and office warriors! You’ll want these fun pieces by your side at all times, regardless of your alter-ego or age!”

The SWAT Soft Weapons are currently available for pre-order at the Factory Entertainment website. Fans can also enter to win a free set. 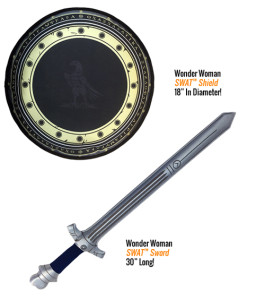 Batman v Superman: Dawn of Justice opens on March 25, 2016, and introduces Gal Gadot’s portrayal of Womder Woman to the DC movie universe. It’s great to see merchandising for this iconic female superhero. Her solo movie is set to debut in June 2017, and we’ll probably be getting a lot more as that date gets closer.

Any thoughts on the new Soft Weapons? Excited to see Batman, Superman, and Wonder Woman together on a movie screen? Let us know in the comments.