Finally, the first trailer for “X-Men Days of Future Past” has been released.  Although I have my doubts about the movie, the trailer actually made be excited to see it next year. Director Bryan Singer did say in response to the fan questions he answered this week that the trailer will be focusing on the characters because the special effects still need work. Regardless, the trailer is fun to watch. We didn’t get any Sentinels in it but we got to see our favorite characters and get a sense of the darker direction the film is taking. 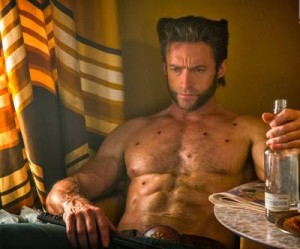 The trailer starts with Professor X asking Logan to go back into the past (into his younger body) and stop the mutant/human war before it happens. Magneto tells Logan that he will have to find him, also, if he wishes to succeed. The young Professor is different so that’s why Logan will have to be patient with him, the same way the Professor was when Logan came to his school. So, the basic plot line of the film is that Wolverine, now in his younger body, will have to recruit young Professor Xavier, along with a young Magneto, and stop a series of events from happening that led to the war in the future.

In the comic book series, it was Kitty Pryde who went back. But considering it’s a Hollywood movie and 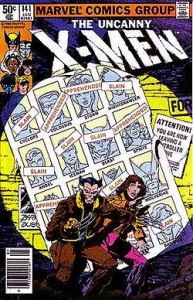 Hugh Jackman as Wolverine is a favorite, I guess the producers wanted to use him more. Other than that, it makes sense because I don’t think Kitty Pryde would’ve been born all those years ago. However, her phasing abilities will be used in the film for the time-travel.

Then, there are small scenes showing different characters. You get to see Blink, Warpath, and Bishop, who are the few of the many new mutants being introduced in the film. You also get to see Iceman, Rogue and Kitty. All the characters aside, there are some scene in the trailer that demand focus. We see Iceman and Magneto helping a weakened Rogue. She appears to be wearing some sort of prisoner’s uniform.

We see Halle Berry as Storm being badass.  I have been waiting for this for years now. So, I’m glad the film will be showing her powers and how strong a character she really is. Halle stated in an interview that there will be something revealing and shocking about Storm in the film. My bet is that she’s 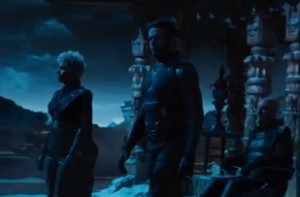 carrying Wolverine’s child. In a scene showing Storm, Wolverine, Professor X and Magneto you can see what appears to be a small baby bump. I’m fine with Halle not being in the film as much as she was supposed to because of her pregnancy, but all will be forgiven if we get some cool weather-wielding scenes!

Another thing I’m looking forward to is young Mystique, played by the talented Jennifer Lawrence. She seems to be getting closer to the dangerous shapeshifter we see in the previous films. Though I’m not sure why she’s going against Magneto after she joined him at the end of X-Men: First Class.

Bryan Singer put emotion in the first two installments and I think this one won’t be any different. We 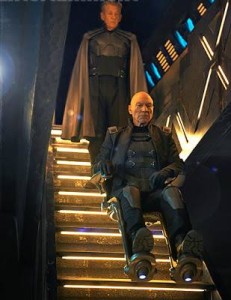 will be getting our action sequences and Sentinel fights, but we will also be seeing a lot of emotion. Mainly the struggle young Xavier has to go through in order to accept and understand what he needs to do in order to become the wise mentor we all know and love.

X-Men: Days of Future Past will be out on May 23, 2014 and it promises to correct things in the previous films and set the course for the future of the mutant series. Can’t wait!

Check out the trailer yourself. Did you see any of your favorite characters? What are you excited to see? And yes, Professor X has a levitating chair in the future…Cool!

Previous:Why Welcome to Night Vale is Important
Next: Review of Supernatural 9×04, “Slumber Party”