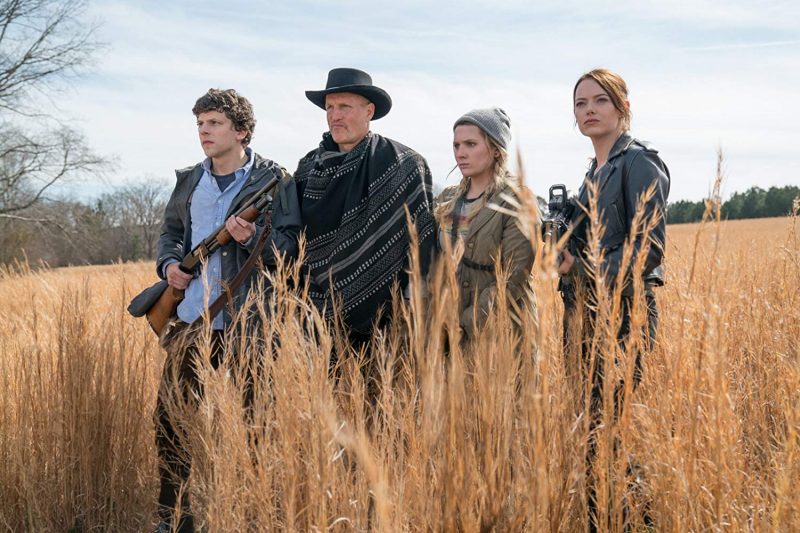 Sequels are risky, especially sequels to quirky films like Zombieland. So often they wind up feeling like a cash grab- like studios want to keep doing what people like until they’ve wrung every ounce of nostalgia out of it before moving on. Zombieland: Double Tap isn’t like that. It has the same playful spirit as the original while pushing the world a little further. That’s exactly what sequels should do.

The trailer for Zombieland: Double Tap had me expecting a different plot, but it was awesome to be surprised. The whole “show the whole movie in the trailer” trend is a pet peeve of mine, and being almost immediately shaken out of my complacency won me over in a big way.

Everything that made Zombieland good is here in Double Tap: witty banter, cheerfully graphic slow-motion zombie violence, interactive dynamic typography, Columbus’s matter-of-fact narration. A lot of that is probably due to the return of Ruben Fleischer as director and screenwriters Rhett Reese and Paul Wernick, who were joined this time by Dave Callahan. They knew what worked the first time, and they knew how to adapt that for modern audiences without losing the offbeat charm of the universe.

The four main characters- Columbus, Wichita, Little Rock, and Tallahassee- feel like the same people we knew with a few years of bonding added in. Even when they’re fighting the team has an underlying ease with each other that shines through everywhere. I don’t want to drop too many spoilers, but there’s a great fight scene where they work together without even discussing it. Everyone just knows their role and trusts that the others are doing their parts.

Tallahassee’s naming convention, while one of my favorite things about the movie, seems like a bit of a stretch this time. In the first movie he refuses to use anyone’s names because he doesn’t want to get “too familiar,” but you’d think after years of being together the sisters at least would use their own names. Maybe it’s a survival thing- they don’t feel like the same people anymore. It’s also weird that everyone they meet is fine with this. To be fair Madison is probably her actual name and Berkeley never calls himself Berkeley, but Albuquerque and Flagstaff don’t even like Tallahassee. Why would they fall in line with his schtick? Did Nevada guilt them into it?

Wait, it’s a zombie movie. It doesn’t have to make sense for me to enjoy it, and as I said the names are one of my favorite parts. Hasn’t everyone debated what their Zombieland name would be? (Mine’s Deland. It’s the place you stop to pee en route to Daytona Beach.) I’m giving this little inconsistency a pass.

The one thing I wasn’t thrilled about is a bit where Tallahassee has Blackfoot ancestors which he suddenly feels the need to connect with. I don’t think it quite tipped over the edge into bad taste and it did fuel an absolutely magnificent action sequence at the end, but I’m wary of it. At the same time, I have First Nations friends who’ve told me they encourage people to research and respectfully honor ties, however distant, as a way to fight erasure. Maybe my discomfort is just due to my own baggage. (Get in the comments if you have a take on this, I’m interested in hearing other points of view.)

Bottom line: This is an awesome sequel. It pays homage to all the things we love about Zombieland without falling into the trap of nostalgia for its own sake, and it lays a map for future movies without feeling unfinished. Those are both hard things to do. I think fans, both old and new, are going to love Double Tap as much as I do.

Also, stay until the credits are over. There’s a thing. 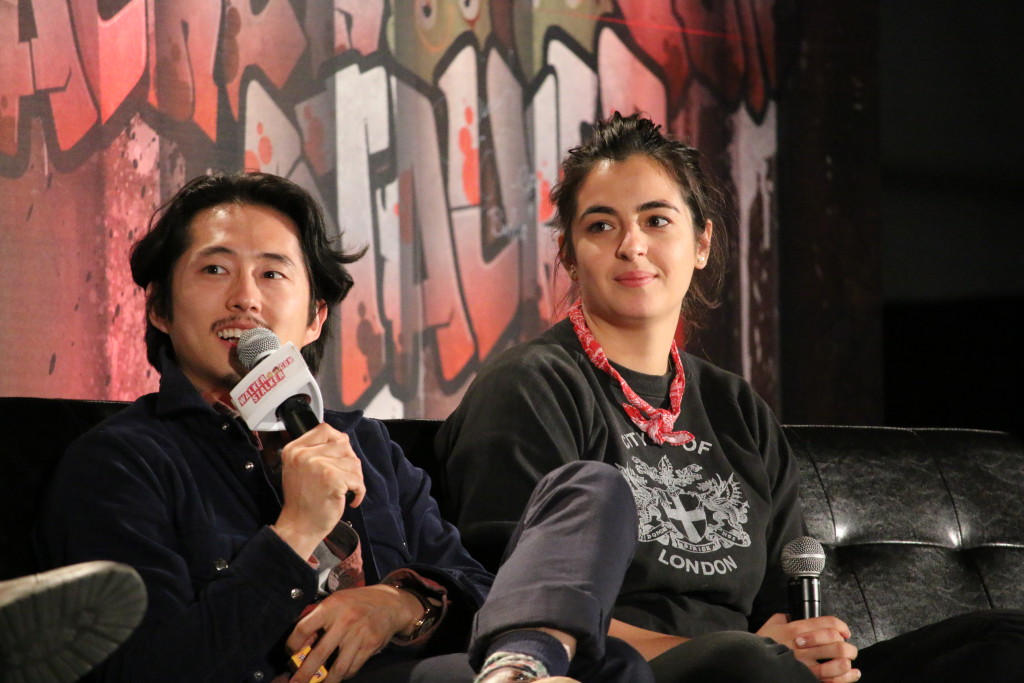 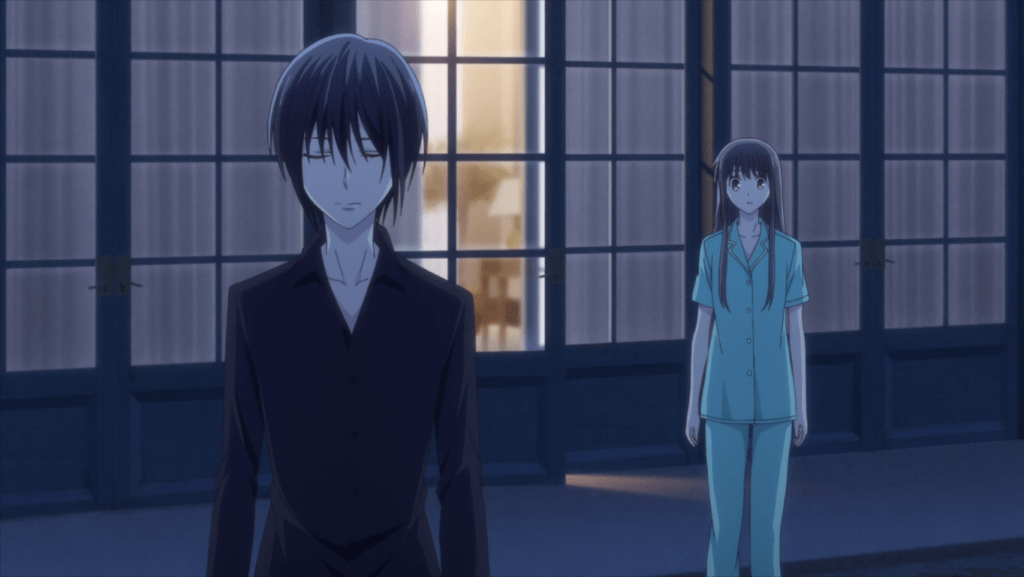 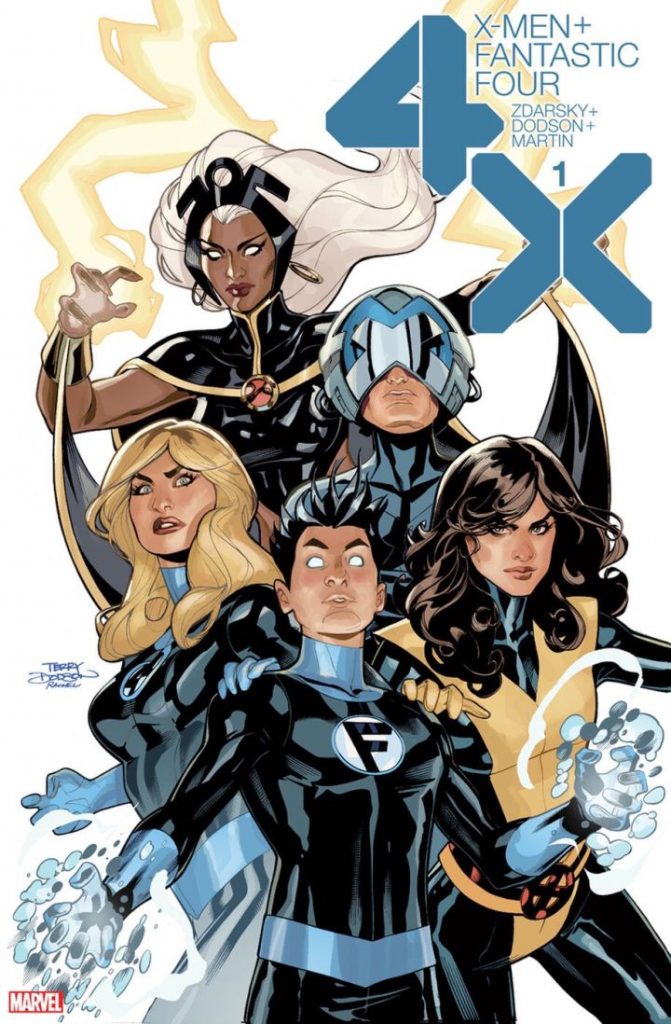