5 Things I Want to See in “Mockingjay” 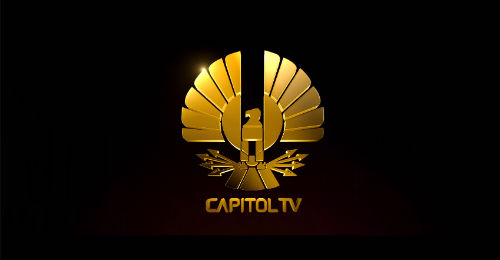 By now, you’ve probably seen the latest teaser for The Hunger Games: Mockingjay – Part 1, featuring an address by President Snow (and a silent Peeta and quietly defiant Johanna) interrupted by a rebel broadcast starring Beetee.

Beetee informs the citizens of Panem that District 13 exists and its message: “The Mockingjay lives.” Aside from being quite chilling and terribly exciting for fans, this second teaser finally brought the central conflict of Mockingjay to the forefront.

Out of the three novels in the Hunger Games trilogy, Mockingjay is arguably the most political. It is also the novel that is the most divisive. Fans tend to love it, hate it, or are indifferent to it (and would rather stick to their own personal head-canons to the trilogy’s conclusion). Yet, there’s no denying that all Hunger Games fans are excited to see our favorite characters return to the big screen this November.

Therefore, with all the excitement and mixed feelings at the upcoming adaptation, here is my personal list of five things I want to see in The Hunger Games: Mockingjay – Part 1.

WARNING: Spoilers for Mockingjay by Suzanne Collins below.

5) A realistic look at PTSD.

At the start of Mockingjay, Katniss is adjusting to a gray, drab life in District 13 where everything is regulated down to the hour. Not only is this a complete change for her, but she is still suffering from the traumatic effects of the Quarter Quell and Peeta’s kidnapping by the Capitol. Furthermore, she is being forced, yet again, into a character: the Mockingjay, a political symbol for the rebels’ gains.

I get that this is going to be a PG-13 movie and like the subdued violence in The Hunger Games, Mockingjay isn’t exactly going to delve deeply into the psychological damage suffered by Katniss, Finnick, Johanna and others. Nonetheless, I don’t want to see a hero who magically gets back up on her feet and is able to shrug off the trauma of the last two years. Katniss is resilient, but Mockingjay showed us that she is not invincible. A majority of the book features her doubting herself, suffering from nightmares, and a form of depression. While PTSD is never mentioned, it’s clear that there is no simple and clear solution for her, Finnick or the others who went through the Quarter Quell. The damage should not be overlooked or be a taboo but explored respectfully and realistically.

In one of the most shocking moments of The Hunger Games trilogy, Finnick reveals in a televised propos that President Snow essentially prostituted him out for high-ranking members in the Capitol. His public persona of being a charming playboy was just that and it demonstrates just how evil and manipulative President Snow can be.

For me, I was astonished at the revelation that the hyper-masculine and attractive Finnick was the victim of systematic sexual abuse. It was an important plot point that not only demonstrated the depth of Finnick’s psychological damage but also demonstrated to readers that yes, men can be the victims of sexual abuse.

This is a plot point that I do not want overlooked or simply swept under the rug. It’s an important element to the horror of The Hunger Games and I thought it was incredibly brave of Suzanne Collins to include it in a YA series. The media and our society tend to ignore or neglect the male victims of sexual abuse or assault; or basically refuse to believe that men can be the victims of sexual abuse. Therefore, I think it’s important for a popular film series to include this scene fully.

In the first two books and films, Prim was essentially a one-note character. She was almost a woman-in-refrigerator in that she existed purely for Katniss to take her place in the Hunger Games and therefore set off the action of the trilogy. While it’s clear that she’s an intelligent and capable healer, it isn’t until Mockingjay that Katniss and the reader truly appreciate Prim as an engaging and dynamic character.

I’m anxious to see Prim escape from Katniss’ shadow and express her agency. Mockingjay shows her being brave, calm, kind without being a pushover, and powerful in her own unique way. I don’t want her to be a one-note character anymore.

2) The manipulation of Katniss. Again.

Look, I dig Katniss. She’s a solid main character, a dynamic woman, and someone I do consider a hero. But I’m not going to ignore the fact that throughout most of Mockingjay, she is at the mercy of the powers that be yet again, only this time, it’s Coin, the rebels, and District 13.

This is probably related to her suffering from a form of PTSD after the Quarter Quell, but Katniss spends a great deal of this book simply being manipulated and turned into something she’s not, just like during the Hunger Games. As the Mockingjay, Katniss essentially loses her identity and is forced into a role. I want to see our hero struggling with this and her apparent passivity. Many readers disliked this element but I felt it was pretty realistic for a character who, let’s not forget, is a young teenage girl.

This was the moment where the Katniss we knew from the first two books returned to us. It was exhilarating and intense and if we don’t get to see this badass moment in The Hunger Games: Mockingjay – Part 1, I will LOSE IT.

Tell us what you’re anxious to see in The Hunger Games: Mockingjay – Part 1 below!