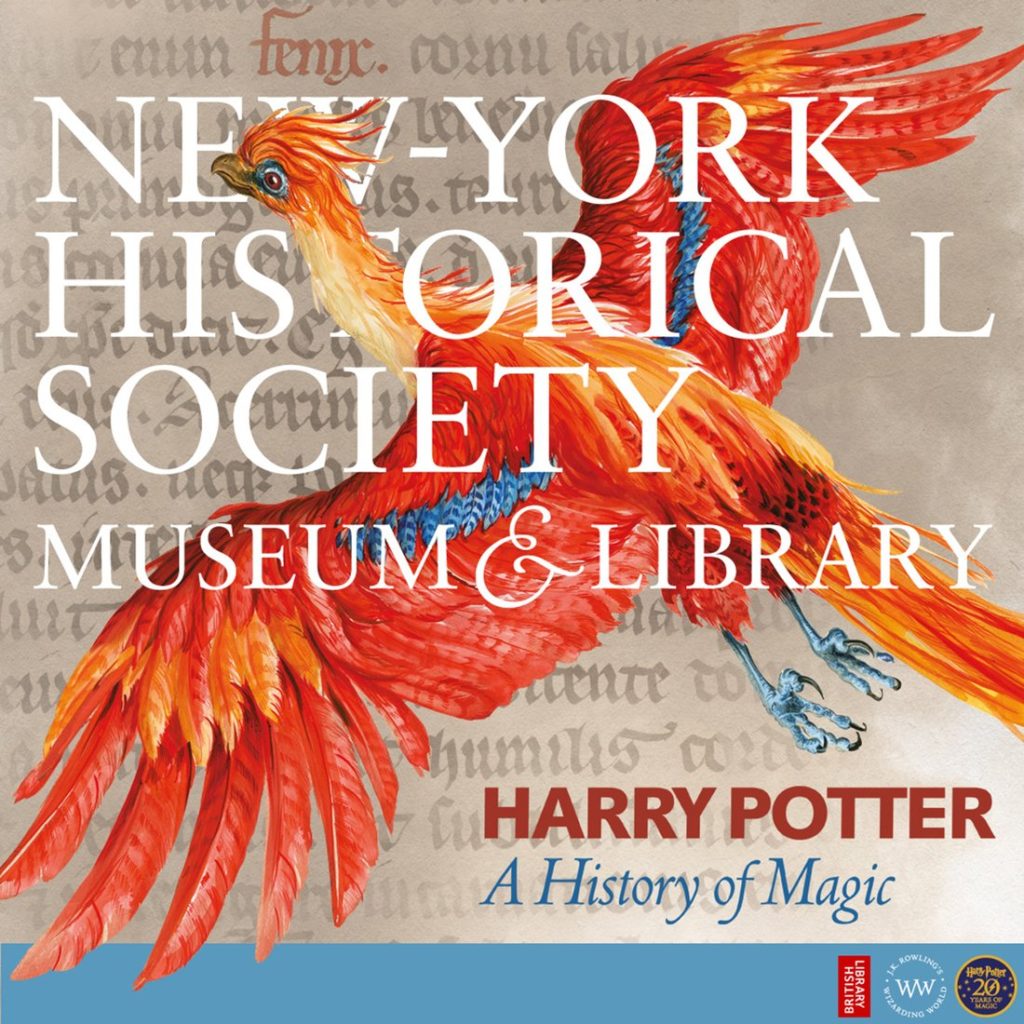 In a move that has wizards everywhere scratching their heads, the Wizarding Historical Society of Britain has decided to open an exhibition chronicling Harry Potter’s defeat over He-Who-Must-Not-Be-Named in Muggle America. Harry Potter: A History of Magic will open to the public (yes, even the Muggles!) at the New York Historical Society in October.

But seriously, meant to mark the 20th anniversary of the publication of Harry Potter and the Sorcerer’s Stone, A History of Magic is currently at the British Library; it will come to the New York Historical Society starting October 5, 2018, and will run through January 27, 2019. Tickets for members of the Historical Society go on sale February 14; for the general public, tickets will be available sometime in April.

The exhibit will take everyone on a tour of the history of Harry Potter and allow visitors to explore the subjects studied at Hogwarts. It will feature early drafts and original sketches from author J.K. Rowling and illustrators Mary GrandPré and Jim Kay, as well as a history of the real-life folklore and mythology that influenced Rowling in the creation of Harry Potter’s world. A History of Magic will display rare books, manuscripts, and artifacts from various special collections including the British Library, New York Historical Society, and Scholastic (the US publisher of the series).

If you, like me, just can’t get enough of Harry Potter, the exhibition also comes with its own book: Harry Potter: A Journey Through a History of Magic, which showcases a selection of the artwork, manuscripts, and artifacts in the collection. To accompany the New York exhibit, a comprehensive tome – same title as the exhibit itself – will be published by Scholastic in fall 2018. (This book will make the exhibition available to everyone and likely join Harry Potter Page to Screen on my nonexistent coffee table.)

Looking for an extra magical New York City trip? Because A History of Magic isn’t the only Harry Potter-related thing coming to NYC in 2018. Harry Potter and the Cursed Child opens on Broadway in March (Ticketmaster Verified Fan pre-sale is February 7). Plus, you can always stop at the Scholastic Store and check out the HP merchandise (and then swing by Forbidden Planet).

Not only that, the opening of A History of Magic just so happens to coincide with New York Comic Con, which starts October 4.

You’d better believe that I’ll be stopping by the exhibit when it finally opens. As an archivist, a collection like this is like my crack, and don’t worry, I’ll make sure to document the entire thing (or what I’m able to do!) for all y’all.