The Cruel Prince Review: Gritty Fantasy With A Kick 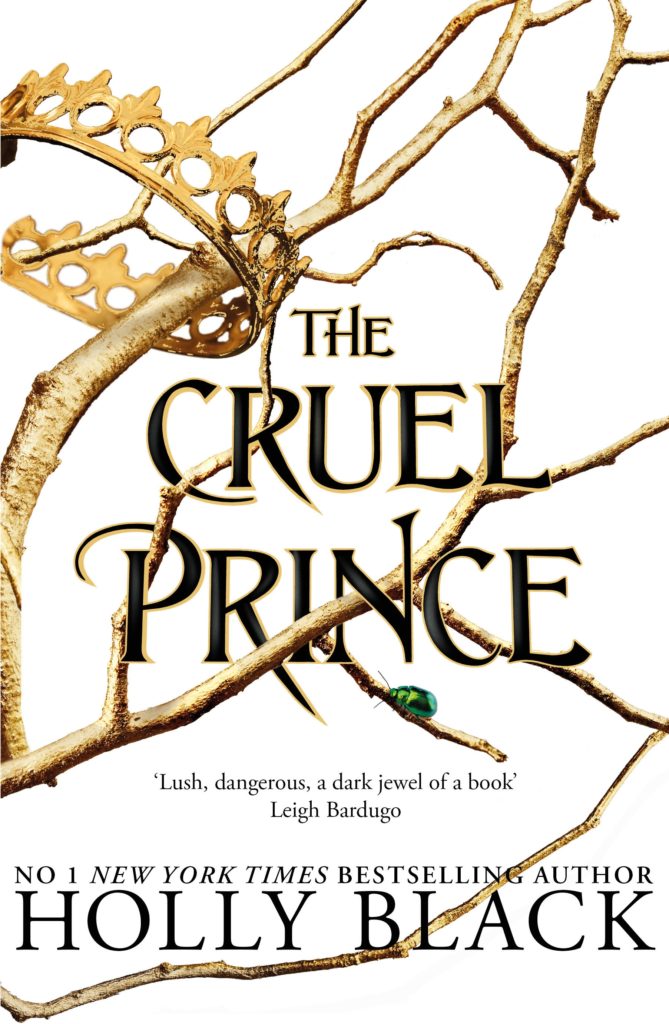 The world of Faerie is not like our own. This is something that Jude, the main character in Holly Black’s new book, The Cruel Prince, learns at the tender age of seven. That’s when her mother’s first husband tracks down her family and kills her parents while Jude and her sisters watch.

The Cruel Prince is a dark, twisted fairy tale in the tradition of the Grimm brothers. The Faerie folk are malicious, deceptive, and dismissive, especially of a pair of mortal children who are raised in the high court. Jude’s twin sister, Taryn, believes that all she and Jude need to do is keep their heads down and they will be fine, but Jude knows that is not the case. Jude longs to be accepted as an equal about the Faerie; not just that, she hopes one day to be better than them. This is why she takes a position among the spies of Prince Dain, favored to be the next king.

The world that Black has created is compelling and creative, a world that Jude craves as much as she despises, and we the readers can see why. The magic is fascinating and enticing, but it barely conceals its brutal nature. Black pulls no punches with the violence and destructive tendencies inherent in such a world; there is a scene where Jude is force-fed faerie fruit and finds herself under the spell of a particularly cruel group of peers – the friends of Prince Cardan – which is truly nauseating. Were it not for the fact that the book is narrated by Jude in first person, you might legitimately fear for her life.

And that is one of the few flaws of The Cruel Prince. This world is dangerous and deadly, yet because Jude is our narrator, we know that nothing that bad will happen to her, and this I think lessens some of the sting. Bad things happen to other people, but Jude will be safe, and that takes some of the tension away from the more overwraught scenes.

However, because of the first person and focus on Jude, we as readers are able to experience the plot as it unfolds for her. We are surprised because she is surprised. I was genuinely shocked by some of the plot developments in this book, which doesn’t often happen, at least not in YA books. The first perhaps two-thirds of the book seemed to be heading in one direction, and then all of a sudden everything is in a tailspin and you have no idea what’s going on. I honestly don’t know what to expect in the next book, and I’m really excited about that.

Despite Black being a prolific and popular author, this is actually the first book of hers that I’ve read. I really enjoyed it; the world building is fantastic, the characters were complex and well-developed. The relationships – particularly between Jude and Taryn – were phenomenal and confusing. You’re never sure about a character’s true motivations, which helps keep you intrigued and stops you from writing a character off.

The Cruel Prince is full of magic, romance, betrayal, violence, political intrigue, and dysfunctional families. I devoured this book in about a day and a half and cannot wait for the next book in the series.

The Cruel Prince by Holly Black is published by Little, Brown Books for Young Readers and is currently available wherever books are sold.