I Loved “The Queen of Nothing” But I Expected More 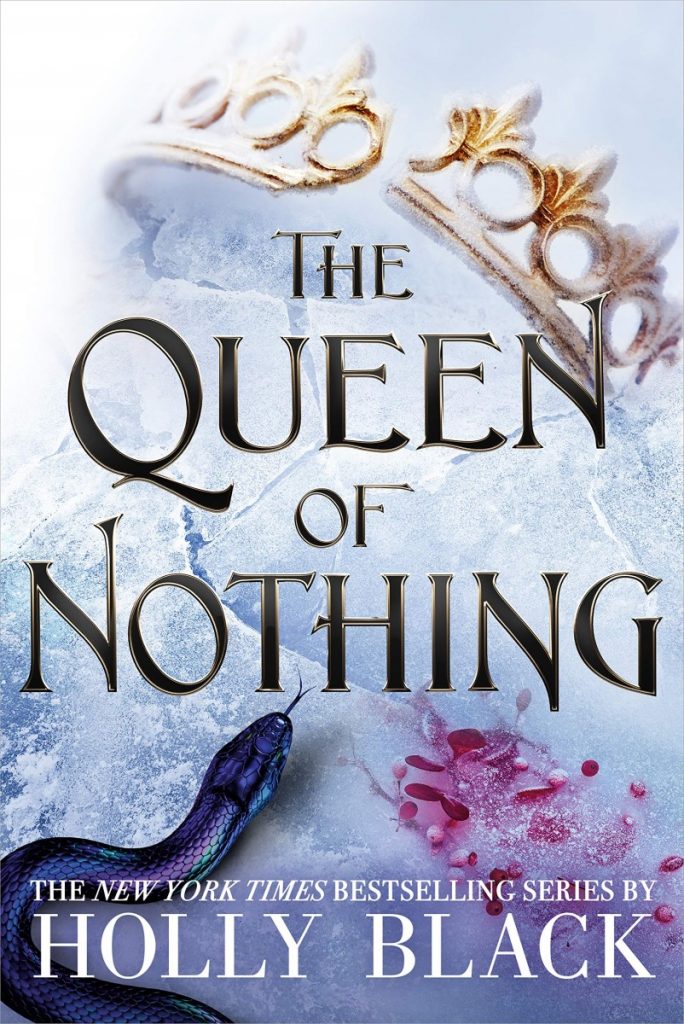 I’ve arrived to the party fashionably late, but I finally finished The Queen of Nothing, the conclusion to Holly Black’s Folk of Air trilogy. At last I learned how things ended up for Jude, Cardan, and the rest of the faerie. It is honestly not what I was expecting.

To be perfectly honest, I was expecting The Queen of Nothing to have a bittersweet ending. Considering how almost every character was horrible in some way, I thought there was no way any of them could have a happy ending. Surely someone was going to die or get their heart broken or lose a limb or something. So I was very much amazed when absolutely none of that happened. In fact, the end was almost downright adorable. It feels like a complete tonal shift from The Cruel Prince and The Wicked King.

It’s a bit disconcerting that the final book in the trilogy is the shortest of the three. All of the books are fast-paced and seem short because of it, but this one felt too short. There are certain events and characters that didn’t get the development they should have, the attention they might have gotten in a longer book.

In particular, I thought that Locke’s death – happening between books as it did – was a detriment to the series. After everything Locke has done to Jude, killing him off-page was practically cruel. Jude – and the audience – were owed the chance to witness his death. Not to mention that it does almost nothing for the story other than serve as a catalyst to have Jude return to Elfhame.

Likewise, Taryn was sidelined to a ridiculous degree. Jude mentioned multiple times that she hadn’t thought Taryn capable of murder and that if she could kill her husband, perhaps Jude didn’t know her at all. This was never truly explored in a satisfactory manner, and Taryn spent much of the book either far away from the action or being an interior decorator. There is also very little discussion about the fact that she is pregnant, which seems like it would be a bigger deal.

But the greatest victim in this is Cardan himself. I was very intrigued by Cardan in the first two books; I often wanted to be in his head. Jude herself is a very compelling character but I was dying to know what Cardan was thinking almost every time he was on the page. In The Queen of Nothing, he seems like a completely different character. He goes from being so angry about having feelings for Jude to being a lovesick puppy. It seems to be due to Jude’s exile, but none of this is depicted on the page.

(Apparently there is a version of the book that includes Cardan’s missing letters to Jude, and those add great depths to his development. It is insane that these are not in every version.)

That isn’t to say I didn’t enjoy the book; of course I did. I devoured it the same way I did the first two in the series. Jude continues to be an amazing and flawed protagonist, and I was virtually in love with her growth throughout the book. I liked the exploration of her complicated feelings for both Cardan and Madoc. I also enjoyed the changing dynamics of Vivi’s and Heather’s relationship.

But as much as I love the series, I think The Queen of Nothing is the weakest of the three, which is a shame. The conclusion features a lot of buildup but is ultimately anticlimactic. It’s still incredibly entertaining and full of fantastic characters, so if you were a fan of the other two books, you should definitely pick this up.

The Queen of Nothing by Holly Black is published by Little, Brown and is currently available wherever books are sold.