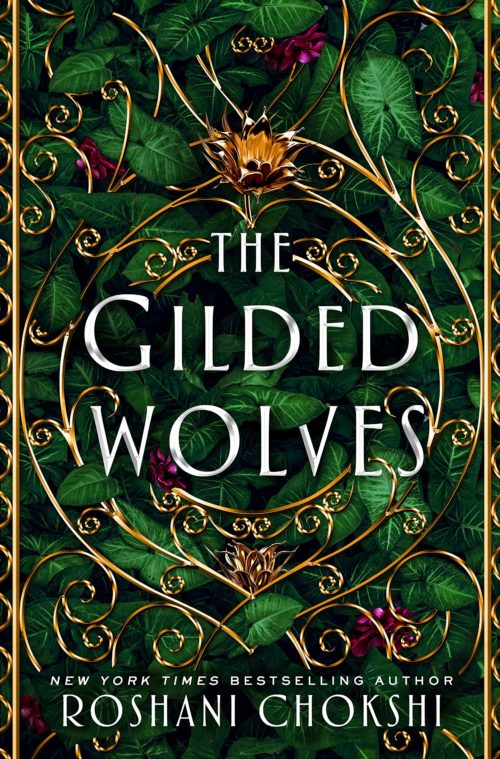 On the eve of the Exposition Universelle in 19th century Paris, Séverin Montagnet-Alarie, a French-Algerian treasure hunter and hotel owner, is on the cusp of gaining back his family’s fortune. All he has to do is recover an ancient artifact sought by the Order of Babel. This is the story in The Gilded Wolves by Roshani Chokshi.

The world of The Gilded Wolves is Paris’s secret magical underbelly. The members of the Order of Babel have the ability to Forge, to twist the mind and alter matter as they see fit. Four houses of the Order reside in Paris, but Séverin, the heir of House Vanth, was disinherited after his parents’ deaths. He spends his time “acquiring” Forged artifacts, but when he attempts to lift an artifact from Hypnos, head of House Nyx, he is blackmailed into helping Hypnos locate a Horus Eye from one of the other houses.

Chokshi has a beautiful writing style. It’s poetic and lyrical, but it may be difficult for people to get through. In The Gilded Wolves, she has toned down the metaphors while keeping the same sense of poetry in her words. It’s clear she has done her research for this story set in 1889 Paris and featuring a plethora of diverse characters. It reminded me strongly of Six of Crows, primarily because it features a crew of teens executing a daring heist, but also because it has a similar wit and energy. That said, this has its own mythology and atmosphere, and there is a much different dynamic among the team.

The characters are all deeply flawed and painfully real, and their group has coalesced because they all believe that they’re broken. The plot is complex but not overly so, although it certainly helps to like math. You won’t be bogged down in ridiculous twists every five pages, but every character has reasons to keep secrets, so you can’t necessarily trust the information you’re being given. The action is nicely paced right up until the end, where it screeches to a halt and then skips ahead several weeks and then several months at a time in order to set up the next book in the series. I will say that it started a bit slow, but once the plot starts in earnest, I couldn’t put it down.

My only real complaint is with the world-building. Chokshi has imagined a captivating world of magic and done a fabulous job painting a portrait of 1880s Paris, but the mythology of Forging could have used more development. It feels as though you’re dropped in the middle of the action and you’re scrambling to catch up. Eventually you’re given enough information to understand the world, but a primer before jumping into the main plot would have helped immensely.

The diversity of the cast makes this book worth a read regardless of any failings. Some of the characters aren’t as developed as the others, but those that are get a very rich backstory, although their motivations are sometimes confusing.

The Gilded Wolves by Roshani Chokshi is published by Wednesday Books and will be available January 15 wherever books are sold.