“The Star-Touched Queen” Is Fantasy At Its Finest 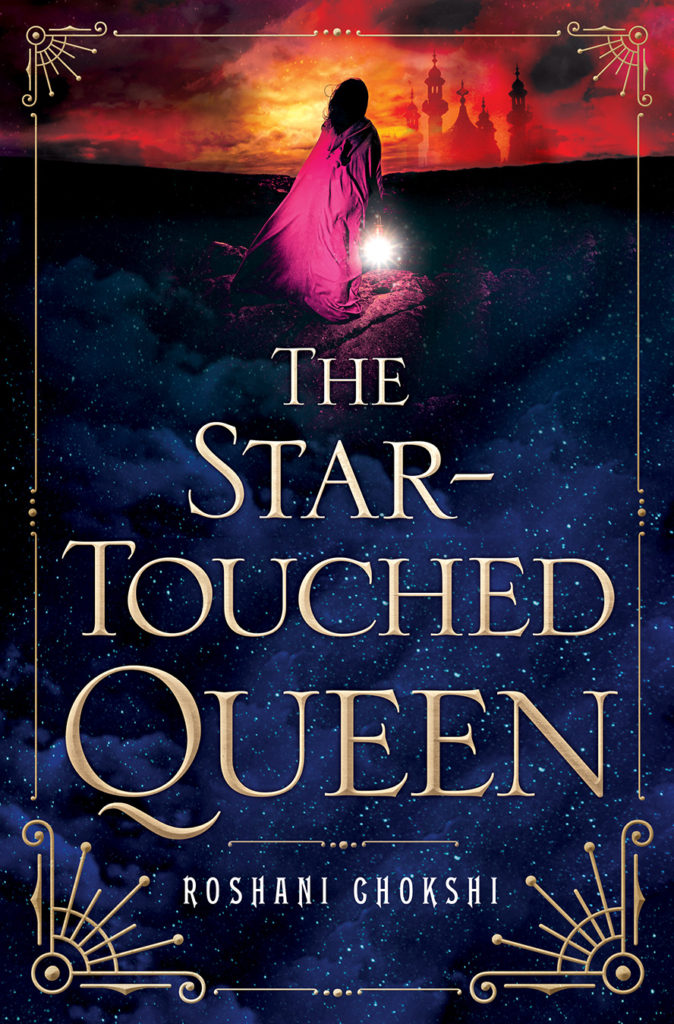 The Star-Touched Queen is a fantasy novel where the writing is so beautiful it qualifies as its own character.

Combining Indian folklore with Greek mythology (but if I tell you which myth, it would ruin the surprise!), The Star-Touched Queen by Roshani Chokshi tells the story of seventeen-year-old Maya, who is burdened with a dark horoscope that has made her the scorn of her father’s kingdom, Bharata. The other women in the harem blame her for illnesses and deaths, and her only friend is her younger half-sister Gauri. She never expected to be married, so when her father, the Raja, tells her that her marriage will save the kingdom from war, she longs to escape. Then she learns the actual plan: she is not to be married, she is to sacrifice herself so that Bharata can surprise the visiting kingdoms with an ambush. Resigned to her fate, she is just about to drink the poison when she is saved by the mysterious Amar.

The Star-Touched Queen is the story of love, of hope, and of belonging. It’s a beautifully-written story that weaves together elements of fantasy, romance, and adventure. It’s a delightful tale about a young woman who is strong because she embraces her weaknesses, who makes mistakes and learns from them. Maya is a wonderful character; she is flawed and fantastic. She’s got great feminist ideals, as she seeks to be more than simply someone’s wife. She is actually pleased, at the beginning of the novel, that she has no hopes of being married.

I enjoyed the romance between Maya and Amar even though I found Amar’s character development to be slightly lacking. Their chemistry is palpable, and both characters are extremely likable. In an interesting reversal, it was the male character who is viewed solely through the lens of “love interest”. He’s not one-dimensional, which is more than I can say for many female love interests, but The Star-Touched Queen is very much Maya’s story. Her relationship with Amar is important for her journey, but it’s more about discovering and accepting herself than her feelings for him.

Also, in a refreshing turn of events, there is absolutely no love triangle.

I could have used a little more world-building, but the fault for that lies just as much with me as with the author. I’m just not very familiar with Indian folklore, and the onus shouldn’t be on the author to explain every little detail to the reader. At any rate, the writing is so descriptive and enchanting that it’s almost impossible not to visualize every setting Maya visits as she completes her journey, from the surrealist beauty of the Night Bazaar to the solemn emptiness of Akaran.

The Star-Touched Queen by Roshani Chokshi is published by St. Martin’s Griffin and is currently available wherever books are sold.