“Star Wars: Bloodline” Is Another Great Installment in the New EU 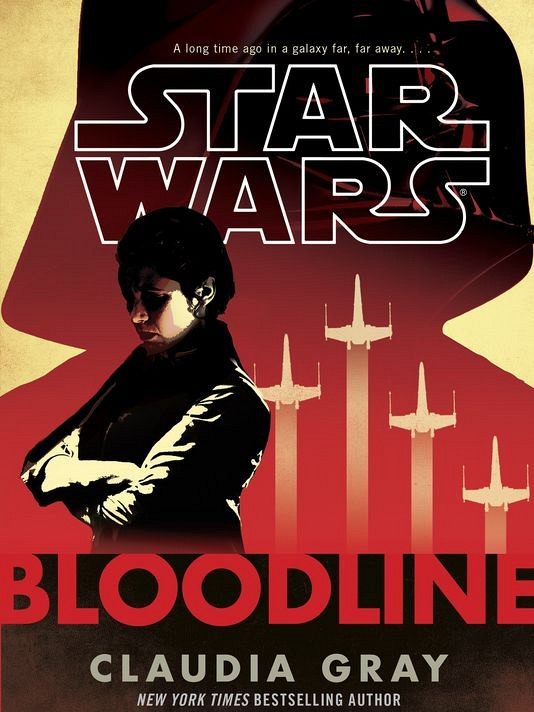 There was a lot to love about Star Wars: Bloodline, though that doesn’t mean that it was a perfect novel (not by far). Still, I’ve enjoyed reading about half a dozen of the new Star Wars novels in the past few months, and this was definitely one of the best.

Earlier this year I read the new Luke, Han, and Leia novels that were set during the first trilogy, and while I enjoyed all of them, Leia’s story – Moving Target by Cecil Castellucci and Jason Fry – was my favorite of the three. Because really, who doesn’t love Leia? Granted, that novel was about a much younger Leia, whereas Star Wars: Bloodline takes place a mere six years before the events in The Force Awakens – but Claudia Gray did an admirable job of portraying Leia as a middle-aged politician who is tired of that work.

And who can blame her? For within the politics of Star Wars: Bloodline lies one of its flaws. Much like The Phantom Menace, there’s a problematic Senate arguing amongst itself, a secret group of [likely] criminals causing problems on “backwater” worlds, and an important figure – in this case, Leia, of course – sent to figure out what’s really going on with those criminals.

Thankfully, Star Wars: Bloodline is a lot less messy than Episode I, and I think that is mostly because it’s about Leia, it includes some great new secondary characters, and there are a few twists that I really wasn’t expecting. My biggest gripe with the novel isn’t even with the politics; it’s with everything that *isn’t* revealed. Yes, as was promised, we do get some insight into how both the Resistance and The First Order began, but the latter especially was in a very roundabout way and included very little concrete information. Part of that was actually because of one of the final [albeit minor] twists.

Of course, I don’t want to give too much away, because I really do believe that Star Wars: Bloodline is worth reading. If you can set aside that it doesn’t reveal as much as you probably hope it would (and honestly, the fact that it doesn’t really isn’t all that surprising, especially if you’ve read any of the other “Journey to Star Wars: The Force Awakens” books), you’ll surely at least enjoy Claudia Gray’s Leia as well as many of the new characters that she created for this story.

Star Wars: Bloodline is available on Amazon and just about everywhere else as of May 3rd, 2016.