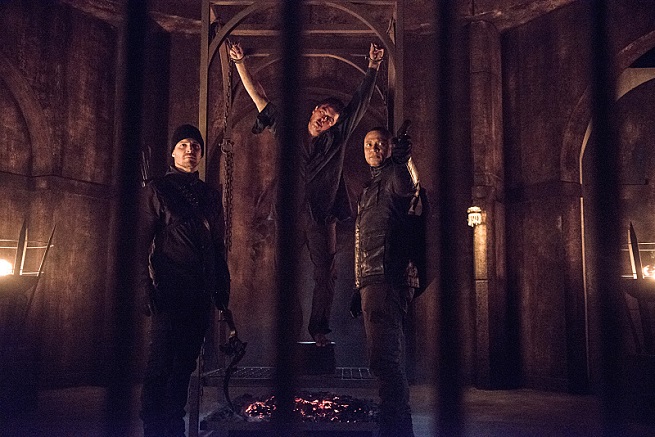 After the adrenaline rush of the midseason finale in December, the second half of Arrow season 3 has been a bit messy… to say the least. But it seems that a lot of that mess was leading up to this episode’s showdown. The question is, was it worth it?

In my opinion, one of the best things about “Nanda Parbat” was how much Nissa al Ghul featured in it. While her and her father’s constant argument about Sara is a bit grating at times, it’s impossible – at least for me – to not care about Nissa’s predicament. 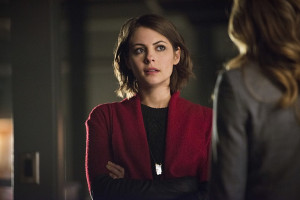 But I’m getting ahead of myself, because Nissa and her quest to avenge Sara (because no matter what she says about justice, Oliver is right – this is about revenge) was only one part of an episode that wrapped up quite a few story lines in a neat little package. I was shocked when Thea actually told Laurel that Merlyn drugged her and used her to kill Sara; even when Thea started to admit this, I kept thinking she’d change her mind at the last second.

She didn’t, though, and admitting her part in Sara’s death set not just the rest of this episode, but probably the rest of the season, on one hell of an interesting track. It was both maddening and a relief; the former because to me it felt rushed that Thea spread this knowledge so soon after finding out herself, the latter because I can’t help but be happy that they didn’t drag out Thea’s torment over the situation.

Speaking of torment, that’s about what the flashbacks have become for me. I haven’t really enjoyed seeing Oliver’s time in Hong Kong, but lately I find myself wondering where they’re going with them – and not in a good way. At this point they seem like nothing more than filler…and don’t even get me started on how nonsensical it was for Oliver to even need to go back to Hong Kong just to be questioned by the army about his involvement with A.R.G.U.S, or how unnecessary the drawn-out gunfight flashback in “Nanda Parbat” was. 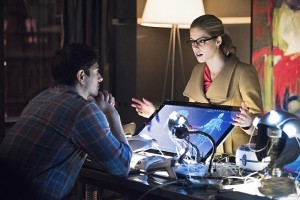 And in the end, despite Thea telling both Laurel and Roy about how she killed Sara, despite Thea and everyone else’s arguments with Oliver, despite Thea and Roy beginning to rebuild their relationship, despite the fact that Merlyn is apparently locked away (for the moment, at least) and that Thea is clearly regretting her decision to facilitate that, and even despite Ra’s announcement that he wants Oliver to succeed him, for me the most exciting part of this episode involved Felicity, Ray Palmer, and the ATOM suit. Because with Felicity’s…well, if not outright help, then at least encouragement, Ray finally got that darn thing working! Now, I wasn’t too keen on greasy unshowered Ray (I actually now believe that Brandon Routh should never have a beard), but he does clean up nice, and although I’m not a huge fan of the idea of Felicity and Ray being in a relationship, I’m glad she finally got some action of her own. Now I just have my fingers crossed that he remains a “good guy”, and/or doesn’t hurt my girl Felicity like Ollie did.

Sometimes I wonder if the Arrow writers simply don’t care about the cohesiveness of their story. Season three hasn’t been terrible, but it’s certainly no season two…yet. I’m holding out hope that what happened in “Nanda Parbat” means that they’ve tied up enough loose ends and can move on with the plot and allow season three a strong finish.